Skip to content
As a child, I hated playing double-deck pinochle with my father. He always won—unless, I had learned, some of the cards were missing. Then I had an increased chance, especially if I knew which ones were missing, while my father’s assumption that we were playing with a full deck reduced his chances.

Similarly, naturalists are hampered by their reliance on sense perception (that is the use of senses such as sight, taste, touch, or hearing) alone to make sense of the world. Philosopher Dallas Willard described this shortcoming as two “cards” that appear to be missing from the naturalist’s deck:

Reason and knowledge are not to be found in the sense-perceptible world. It’s just that simple.1

Accounting for Reason and Knowledge

When I read his statement something like scales fell from my eyes, or perhaps better, fell from my cognitive faculties. It is not that reason is unavailable to the naturalist, but that the knowledge that might be derived from only the sense-perceptible world is not necessarily reliable. Thus, the “knowledge” available to naturalists is less likely to be true, like my father was less likely to win our pinochle game when he didn’t know that some cards were missing.

But how would my father have recognized that some cards were missing? Similarly, how would naturalists recognize that they were limiting themselves to a less-than-reliable understanding of the universe?

This conflict is not simply between atheists and theists, as illustrated in an exchange between two eminent philosophers—one a Christian, Alvin Plantinga, and one an atheist, Thomas Nagle. In 2012, they both published books criticizing naturalism.2 They agreed that naturalists are incorrect in believing that human cognitive faculties resulting from random evolutionary processes would be reliable. If these two philosophers are correct that the source of reason is not random evolution, then what is the source? In Willard’s terms, where are reason and knowledge to be found?

While Nagle and Plantinga praised each other’s books in their published reviews,3 they didn’t, of course, agree on the implications. Interestingly, Nagle said he didn’t know how our ability to reason came about; he just knows that naturalism, or materialism in his wording, is an insufficient explanation. In contrast, Plantinga said he knows that the answer is that human cognitive faculties are reliable because they were derived from our having been created in the image of God (imago Dei). From this view, all humans have access to wherever reason and knowledge are to be found, but not so with naturalism, which restricts our thinking to only the sense-perceptible world.

Seeing beyond the Senses

My father, who remembered when each of the 104 playing cards was played, would know toward the end of our pinochle game that we had been playing with less than a full deck: too much would be left unexplained. Similarly, naturalists could know that they are playing with an incomplete deck—a less-than-complete understanding of the basis of the universe— when too much remains unexplained. However, a naturalist is faced with a much more complicated situation because life is not a card game. Knowing that there is much more to reality than merely sense-perception requires lifting one’s head above a less-than-complete worldview.

I think of the optical illusion in a sketch that contains images of both an old woman and a young woman. The first time I saw that image, in a psychology class, I could see only the old woman. One of my classmates, a young woman, moved my hand over the image, and suddenly the old woman was replaced by the young one. I was shocked by the suddenness of the change, and by my lack of control of it. 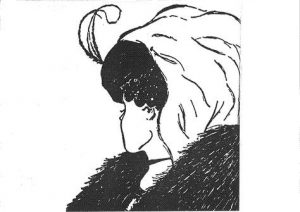 My own abandoning of naturalism involved a similar shift, one that was also sudden and over which I had no control.4 Only this shift occurred not just within the physical world, but from the physical world to the world of the mind where Willard suggested that reason and knowledge are to be found. Facilitating such a shift is not as simple as moving someone’s hand over an image. Rather, we must help naturalists find the questions that are important to them that the sensory world cannot answer, and provide a safe relationship where those questions can be addressed. While I could wait until the end of the card game for my father to realize he’d been tricked, life and our beliefs are not a game; we owe people an encounter with God.

On my Facebook and Twitter pages I have a weekly segment called #FridayPhilosophy, where I provide quotes from great philosophical thinkers. One philosopher I...
Education

Beginning and End of Cosmology

The irony of modern-day astrophysics is that the more astronomers study the light of the universe the darker the universe appears.
Design