When I first arrived in Pasadena for postdoctoral research at Caltech, the haze of Los Angeles smog was so thick that it was several weeks before I realized that a range of 6,000-foot high mountains lay just three miles to the north. Now, thanks to air pollution abatement, I see those mountains clearly every day.

A new research study published in Astrophysical Journal affirms that a haze was at least partly responsible for the pervasive translucent skies that shrouded Earth during the first part of its history.1 Genesis 1 and other biblical passages also describe the early atmosphere as hazy and clouded. The same study demonstrates through a series of experiments how Earth’s atmospheric haze lessened greatly.

What Genesis 1 Says About Earth’s Atmosphere
I was taught the steps of the scientific method in every grade of my public school education in Canada. When I began to seriously investigate the world’s major holy books at age 17, I applied the scientific method—which I’d been taught throughout my school years—to test the reliability of the texts.

When I finally picked up the Bible, I was stunned to discover that right there on the first page it meticulously followed the scientific method. Many years later I discovered why. As I explain in Appendix A of my book Navigating Genesis,2 the scientific method has its origin in the pages of the Bible and the theology of the Reformation.

Step 1 of the scientific method is establishing the frame of reference. Genesis 1:2 explicitly states that the creation account’s frame of reference is the viewpoint of an observer on Earth’s watery surface (see figure 1): “the Spirit of God was hovering over the waters” of “the surface of the deep.” 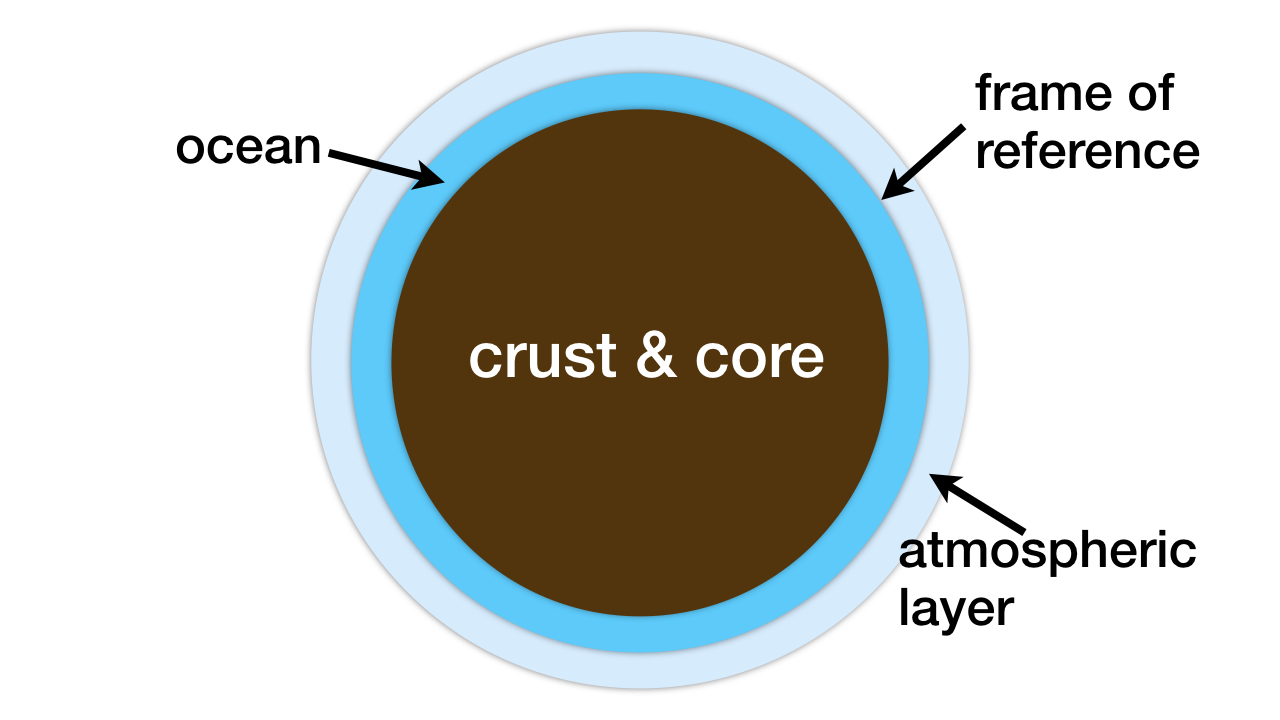 From this viewpoint “darkness was over the surface of the deep” (Genesis 1:2, NIV) because God “made the clouds its [the sea’s] garment and wrapped it [the sea] in thick darkness” (Job 38:9, NIV). So, even though God had already created the “heavens” (Genesis 1:1, NIV), including our Sun and Moon, light did not yet reach Earth’s surface. On creation day 1, when God said, “Let there be light” (Genesis 1:3, NIV), he transformed Earth’s atmosphere from opaque to translucent. The atmosphere remained overcast (much like on a rainy day), but light could finally reach the planet surface.

Later on creation day 4, when God said, “Let there be lights in the expanse of the sky. . . . They will serve as signs for seasons and for days and years” (Genesis 1:14, CSB), he transformed Earth’s atmosphere from translucent to at least occasionally be transparent. This would allow the animals God created on creation days 5 and 6 to see the positions of the Sun, Moon, and stars in the expanse of the sky and use those positions to regulate their biological clocks.

The quantity of carbon dioxide in the atmosphere, and perhaps that of methane also, correlates with the degree of cloud cover. More carbon dioxide and more methane mean more clouds. Thus, much greater quantities of these greenhouse gases in early Earth’s atmosphere alone likely made the sky completely translucent from the viewpoint of an observer on Earth’s surface.

The new Astrophysical Journal study was performed by a team of scientists from a variety of fields. They uncovered another cause of early Earth’s atmospheric translucency—the lack of oxygen. The team performed laboratory experiments on gas mixtures of molecular nitrogen, carbon dioxide, methane, and molecular oxygen designed to mimic the composition of Earth’s atmosphere during its first 4 billion years. They noted that oxygen concentrations greater than 20 parts per million “resulted in a decrease in aerosol production rate with increasing O2 concentration.”4 That is, the less oxygen in Earth’s atmosphere, the denser the atmospheric haze will be.

As figure 2 reveals, the oxygen content in Earth’s atmosphere did not get high enough to prevent a pervasive haze until 580 million years ago, just before the first appearance of animals. Also, as the team noted in their paper, atmospheric hazes serve as cloud condensation nuclei.5 Therefore, the denser the atmospheric haze the thicker will be the cloud cover. 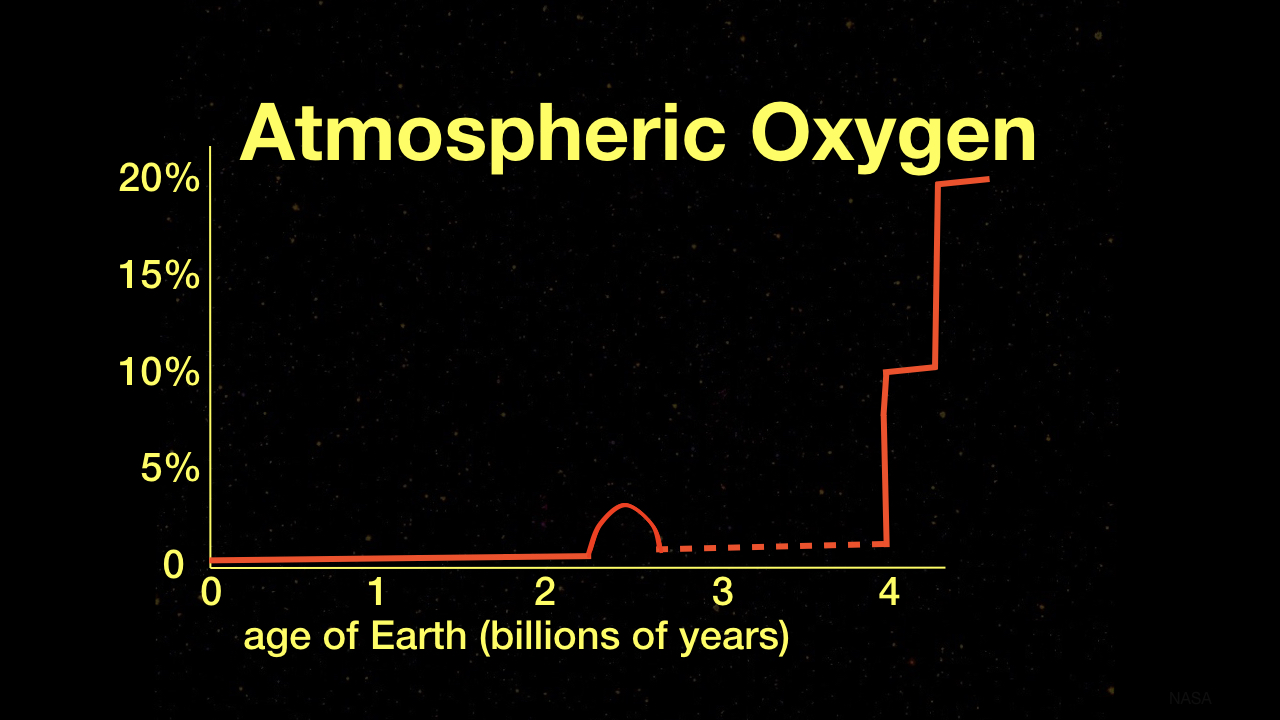 It does not take much haze to obscure the Sun, Moon, and stars from animals on Earth’s surface sufficiently that they cease to be useful to regulate their biological clocks. Even today, with the atmospheric oxygen level at 210,000 parts per million, there are cities in Asia where even on a cloudless night it is not possible to see any stars and the Moon is visible only when it is at the full phase and situated near the zenith.

The new research study affirms the creation chronology in Genesis 1: Earth’s atmosphere transitioned from translucent to frequently transparent on creation day 4, just before God created Earth’s first animals on creation day 5. The study provides yet more evidence that the more we learn about nature and its record the more we accumulate sound reasons to believe that the Bible is the authoritative, inspired, inerrant Word of God.

New Clues to a Genesis Mystery

Medical doctors say if you live long enough you'll probably get cancer. Cancer is one reason why none of us can live much beyond...
Design

Scientists Uncover a Good Purpose for Long-Lasting Pain in Animals

If God exists—and if He is all-powerful, -knowing, and -good—why is there so much pain and suffering in the world? This enigma keeps many skeptics...
Bible

Could Corruption-Beating Technology Bring on the Mark of the Beast?

Last week, the Columbia Broadcasting Network aired the first episode of its new reality show Hunted. It is billed as the most elaborate hide-and-seek...
Bible