In addition to requiring exquisite fine-tuning of the four fundamental forces of physics and of the constants of physics, the existence of life demands still more. It requires that the fundamental particles, the energy, and the space-time dimensions of the universe enable the principles of quantum tunneling and special relativity to operate exactly as they do. Quantum tunneling must function no more or less efficiently than what scientists observe for hemoglobin to transport the right amount of oxygen to the cells of all vertebrate and most invertebrate species.1 Likewise, relativistic corrections, not too great and not too small, are essential in order for copper and vanadium to fulfill their critical roles in the functioning of the nervous system and bone development of all the higher animals.

For quantum tunneling to operate so that hemoglobin functions properly, the uncertainty in the Heisenberg uncertainty principle must be fine-tuned. The uncertainty scientists observe is quite large. If the observer chooses to measure the momentum of a particle with precision, he or she discovers that the position of the particle is now known to only about ± half a mile. However, if the uncertainty in the position becomes much greater or smaller than half a mile, hemoglobin will not function as it does and advanced life becomes impossible. (There are other life-essential proteins like hemoglobin that depend on fine-tuned quantum tunneling.) 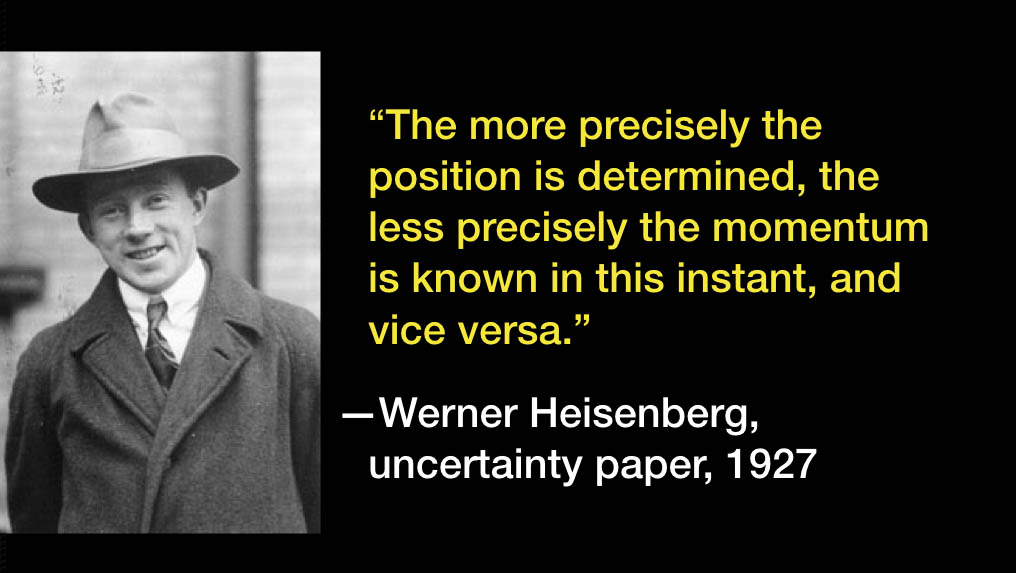 Other uncertainties in physics, such as Brownian motion, are crucial for life to survive. Brownian motion refers to the random movement of one or more particles or bits of dust that is suspended in a gas or a liquid as a result of their collisions with molecules or atoms in the gas or liquid. Several ratchet-type machines inside living cells depend upon Brownian motion for their operations and functions.4

Counter to Einstein’s famous quote that “God does not play dice,” this evidence demonstrates that, given God’s goals and the laws of physics he has chosen to govern the universe, God must play dice. However, he has exquisitely designed the dice for the benefit of physical life.

For Einstein’s theory of special relativity to operate so that certain proteins containing copper and vanadium will adequately support life means that the value of the velocity of light must be fine-tuned. This proves to not be the only reason why the velocity of light must be held constant and fixed at the value of 299,792.458 kilometers per second. Because of Einstein’s equation, E = mc2, even small changes in c, the velocity of light, lead to huge changes in E, the energy, or m, the mass. Thus, a slight change in light’s velocity implies that starlight will either be too strong or too feeble for life to exist on planets orbiting otherwise habitable stars or that stars will produce the wrong elements for life.

Stable orbits of planets about stars and of electrons about the nuclei of atoms are only possible in a universe described by three large and rapidly expanding dimensions of space. These dimensions are length, width, and height. In addition to these three familiar space dimensions, six extremely tiny space dimensions that are presently dormant but that actively expanded during the first 10-43 seconds of the universe’s history are critical for quantum mechanics, gravity, and relativity to coexist.5 Therefore, physical life requires a different fine-tuning of the number of effective dimensions, both in the present, namely four (three space plus one time), and in the earliest moment of the universe’s existence, namely ten (nine space plus one time).6

Fine-tuning that makes possible the existence of billions of human beings really is ubiquitous.7 Everything of significance we observe in the universe must be fine-tuned for the redemption of billions of humans to be possible. Even the uncertainties in physics, the values of physical constants, and the number and kinds of dimensions must be exquisitely fine-tuned. Humans have ample reasons to be grateful for both the certainties and uncertainties of physics.

I have three teenage daughters who frustrate me to no end at times. I’m the type of person that likes to get where I’m...
Biochemistry

As a little kid, I spent many a Saturday afternoon “helping” my dad work on our family car. What a clunker. We didn’t have...
Biochemistry