In the past one hundred years astronomers have moved from knowing virtually nothing about the origin and history of the universe to possessing a detailed and abundantly confirmed cosmic creation model. I describe this journey and all the observational successes of what is now known as the big bang creation model in my latest book, The Creator and the Cosmos.1

The only time window over which astronomers lack a detailed knowledge of cosmic history are the events that occur in the first millionth of a second after the cosmic creation event. Now they are getting some help, however, from a paradoxical source—extremely large-scale magnetic fields. “Extremely large-scale” is an understatement. In a recent paper2 published in the Astrophysical Journal, astronomers Justin Bray and Anna Scaife from the University of Manchester used measurements of ultra-high-energy cosmic rays to determine the strength of magnetic fields on size scales less than 100 megaparsecs (326 million light-years) across and on size scales greater than 100 megaparsecs across. One hundred megaparsecs is equivalent to the distance between Earth and the center of the Coma cluster of over 1,000 galaxies. (More than ten clusters of galaxies reside closer to us than the Coma cluster.)

Large-Scale Magnetic Fields and the Early Moments of Creation
In the biblically predicted big bang creation model3 the universe begins infinitely or near infinitely hot. This heat means that the four forces of physics (gravity, strong nuclear force, weak nuclear force, and electromagnetism) were united into a single force. 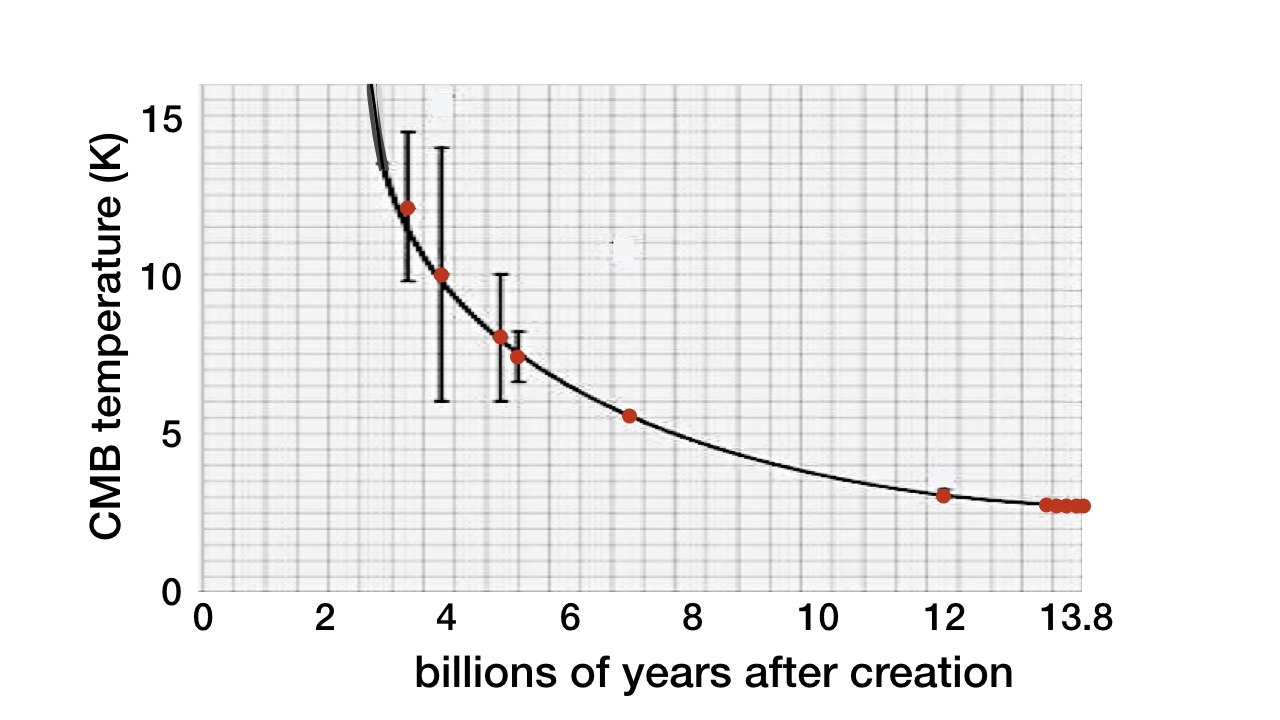 Figure 1: Temperature Measurements of the Universe with Respect to Time after the Cosmic Creation Event. Image credit: Graph was created by the author from published measurements.

In 2010, astronomers Andrii Neronov and Ievgen Vovk, based on their nondetection of billion-electron-volt gamma-ray emission from a cascade initiated by trillion-electron-volt gamma rays that they observed in blazars, established that the strength of intergalactic magnetic fields must be greater than 3 x 10-7 nanogauss.4 This nondetection meant that primordial magnetic fields really do exist and, thus, that they will prove to be useful probes of the earliest moments of the history of the universe.

Almost a year ago to this day, astronomers Dylan Sutton, Chang Feng, and Christian Reichardt combined data from the four best maps of the CMBR, namely from Planck, BICEP2/Keck Array, POLARBEAR, and SPTpol. Their analysis of these maps showed that intergalactic magnetic fields on size scales larger than 3 million light-years could not be any stronger than 0.91 nanogauss.5

Now, Bray and Scaife have established a superior upper limit on the strength of primordial galactic fields. They noted that the trajectories of ultra-high-energy cosmic rays will be deflected as they pass through magnetic fields and that the magnitude of the deflection determines the measure of the magnetic field. They also noted that recently published observations from the Pierre Auger Observatory show that ultra-high-energy cosmic rays indeed originate from extragalactic sources.6 Based on the now strongly affirmed assumption that ultra-high-energy cosmic rays originate from sources outside our galaxy, Bray and Scaife determined that for size scales larger than 100 megaparsecs across, the magnetic field strength must be less than 0.07–0.22 nanogauss.7

This new upper limit is 4–12 times superior to any previous measurement. For the first time, astronomers possess a measurement in range of the value—namely 0.10 nanogauss—where implications for cosmic creation models, and especially for the early moments after the cosmic creation event, get interesting. Astronomers are about to determine additional extreme fine-tuning features of the universe that point to supernatural design. These measurements and others that are soon to follow mean that we can look forward to an even stronger evidential case for the biblically predicted big bang creation model and for the exquisite—that is, supernatural—fine-tuning of the universe that makes possible our existence, civilization, and redemption from evil.8

While many astrobiologists remain hopeful that one day we will find a planet on which microbes might reside, they acknowledge that the only place...
Astronomy

Neutrinos: Balancing the Astronomical with the Subatomic

In the climax of Disney’s Enchanted, Queen Narissa in dragon form balances precariously on the top of New York City’s Woolworth Building, gloating about...
Astronomy

Our Sun Is Still the One and Only

... we astronomers have not been able to find another star sufficiently like the Sun that could sustain advanced life on a conceivable...
Extraterrestrials & UFOs