An example of obligatory mutualistic symbiosis (obligatory mutualism) would be flowering plants and bees (see figure 1). Flowering plants provide bees with nectar—their primary food source and available only from the flowers of such plants. Bees are endowed with specially designed body hair such that when they visit flowers to harvest nectar, their body hair pollinates the flowers. 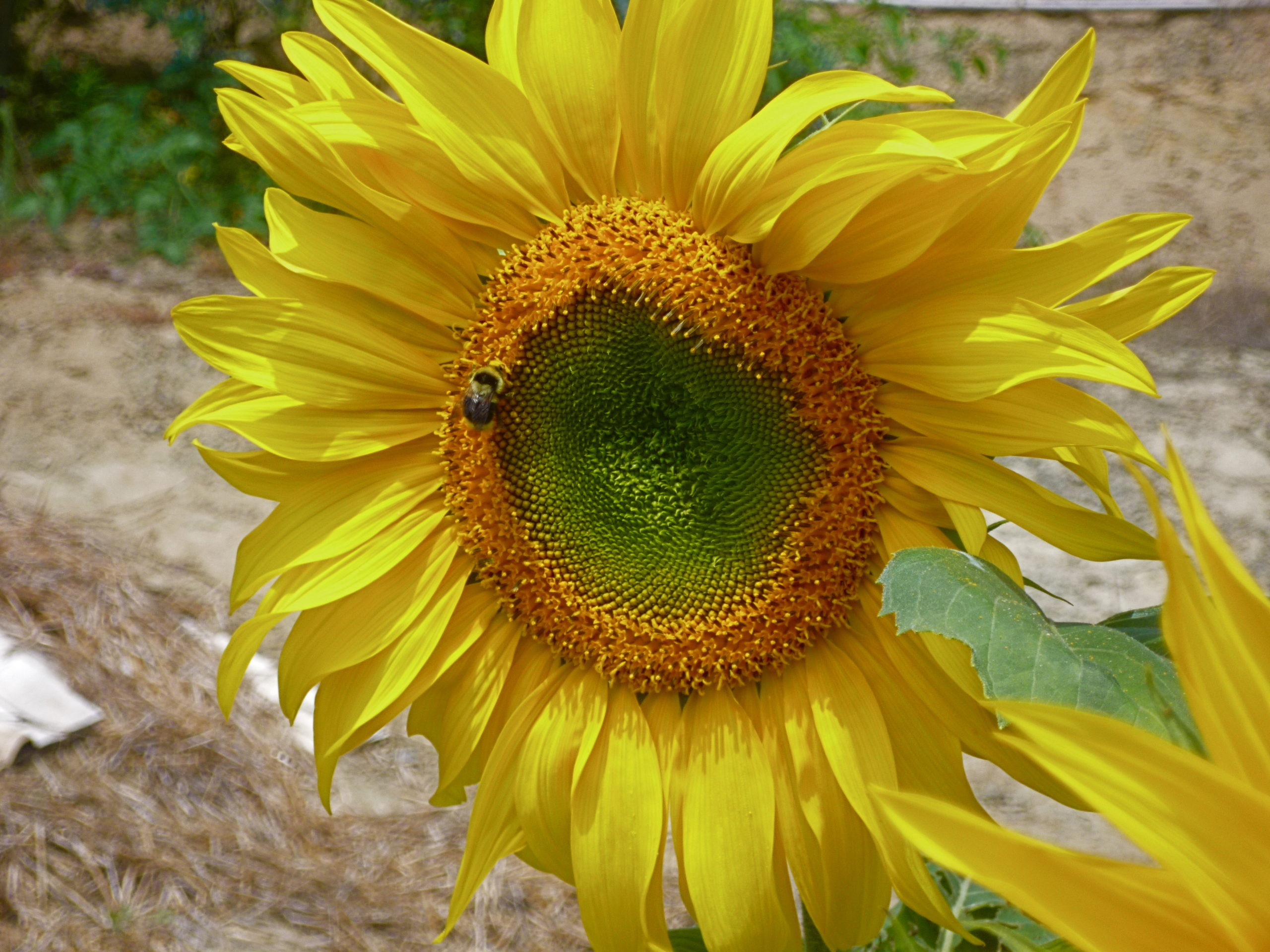 Figure 1: Bee Getting Nectar from a Sunflower While Its Body Hair Pollinates the Flower Image credit: Hugh Ross

The relationship between bees and flowers is obligate. Bees cannot survive without flowering plants. Flowering plants cannot reproduce without pollinating insects like bees.

Challenge to Evolution
Obligate mutualism presents an obvious challenge to naturalistic evolution models. Such models must explain how the two, three, or four symbiotic partner species emerged at the same time and at the same location, with all the morphological (structural) and biochemical features needed to transmit the absolutely essential goods and services to one another.

Evolutionists believe they have an answer—the theory of coevolution, where they hypothesize that distinct species evolve through small steps of increasingly cooperative interactions with one another. However, if (1) the small steps offer little or no survival advantage to the interacting species; or (2) all the steps must be in place before any significant survival advantage is realized; or (3) the distinct species cannot survive until the symbiotic structures and relationships are in place, then this theory reduces to a fantastically improbable multitude of simultaneous lucky coincidences amid the undirected chaos of nature.

The challenge to evolution becomes more potent when the mutualism is especially complex and involves multiple species. Such is what the team that performed a recently conducted field experiment discovered.

Arbuscular Mycorrhizal Fungi Field Experiment
A team of six Chinese and British microbiologists led by Lin Zhang at China Agricultural University published a paper1 in which they reported results of a field experiment they conducted on arbuscular mycorrhizal fungi (AMF). Zhang’s team first noted that AMF interact (see the featured image) with both the roots of vascular plants (plants with xylem and phloem that act as a hydraulic system to bring water and nutrients up from the soil to the leaves and food from the leaves to the rest of the plants) and the soil microbial community to perform multiple functions. These functions are either beneficial or, in most cases essential, to the survival of the AMF and the relevant soil microbes and vascular plants.

Some of these functions include the AMF (see figure 2) partnering with specific microbial species to harvest carbon, nitrogen, sulfur,2 and phosphorus compounds from the soil and transforming these compounds into molecular forms that vascular plants can use. The vascular plants, in turn, supply the AMF with the sugars and lipids they need to survive and grow. Other functions include delivery systems whereby the microbes, AMF, and vascular plants can trade vital resources with one another. AMF also enhance the uptake of liquid water by vascular plants and protect soils and soil microbes from wind and water erosion. In grasslands, AMF help seedlings get established in the soil.3 One study showed that AMF even operate as a communications network to warn vascular plants of coming attacks by aphids.4 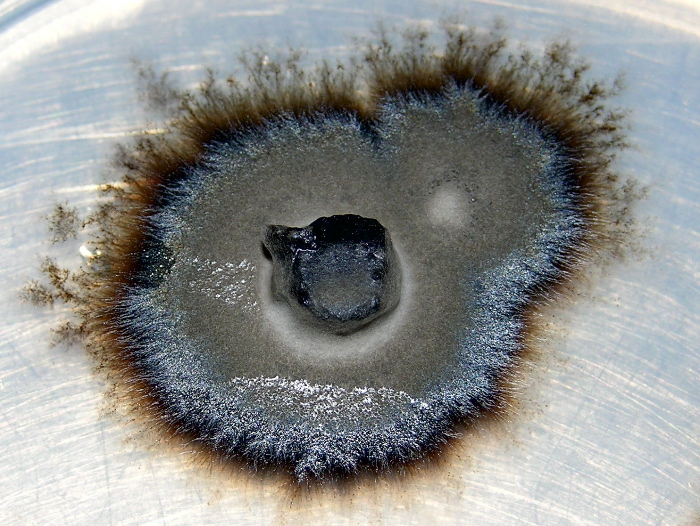 The means by which most of these functions operate have been explained in previous research studies.5 However, Zhang and his team pointed out that the pathway by which AMF and soil bacteria interact to harvest phosphorus and transform the phosphorus into a mineral that vascular plants can readily assimilate was far from clear. Hence, they performed a field experiment to investigate how the phosphorus harvesting occurs and how this phosphorus is transformed into the needed mineral form.

Zhang and his collaborators placed AMF hyphae (long, branching filamentous fungi cells) in root-free soil. They placed PVC pipes that were sealed with membranes possessing different sizes of pores (30 or 0.45 micron diameter) in the soil to allow or deny the AMF hyphae access to organic phosphorus in the soil.

The Zhang team’s experiment establishes that the AMF-vascular plant-soil microbe symbiosis is much more interdependently functional than previously thought. All the different symbiotic relationships must be in place and efficiently operating for any one of them to be successful.

A World without AMF-Vascular Plant-Soil Microbe Symbiosis
Of all the known examples of mutualism, the one among vascular plants, AMF, and mineral-processing soil bacteria is the most pervasive and the most critical for human beings and human civilization. Over 80 percent of all vascular plants critically depend upon AMF and the soil microbes that AMF recruits and manages for their survival. This 80+ percent includes all the crop species that humans and their domesticated animals depend on for food.

Without the efficient multi-functionality of AMF-vascular plant-soil microbe symbiosis, the amount of carbon that would be sequestered in soils and the tissues of vascular plants would be just a tiny fraction of what they actually are. In this scenario, our atmosphere would contain several times as much carbon dioxide. That amount in the atmosphere would cause a climate runaway—where the Sun’s heat trapped by that much carbon dioxide would cause all of Earth’s ice and liquid water to be transformed into water vapor. Like carbon dioxide, water vapor is a greenhouse gas. Thus, without AMF-vascular plant-soil microbe symbiosis, Earth’s surface would become much too hot for any life-forms other than thermophilic (heat-loving) bacteria to survive.

Bigger Challenge for Biological Evolution Models
As noted, the challenge to naturalistic models for biological evolution becomes all the more vexing when mutualism is complex and involves multiple species. The problem becomes more intractable when the symbiosis is as pervasive as it is for AMF-vascular plant-soil microbe symbiosis. Evolutionary explanations become even more improbable when the mutualism is perfectly timed to compensate for the brightening of the Sun, for preventing a climate runaway, and for providing the needed resources—food and biodeposits—for launching and sustaining global human civilization. All of these intricate designs and functions are simultaneously needed to be in the just-right locations and at the just-right times for the AMF-vascular plant-soil microbe symbiosis to operate and for this symbiosis to provide the critical resources needed to permit the existence of terrestrial birds, mammals, and humans. It seems obvious that nothing less than the activity of the supernatural, super-intelligent Creator revealed in the Bible can explain all the fine-tuned phenomena.

Frog Choruses Sing Out a Song of Creation

My last name, Rana, is Sanskrit in origin, referring to someone who descends from the Thar Ghar aristocracy. Living in Southern California means I...
Biology

Pseudogenes and the Origin of Humanity: A Response to the Venema Critique of the RTB Human Origins Model, Part 6

When biologists compare the genomes of organisms they often find that the same pseudogenes appear in corresponding locations of genomes, juxtaposed to the same...
Biology

An experiment performed by one British and three Hungarian biologists provides yet more scientific evidence that certain non-human animals were designed in advance to...
Biology