Many people have shared stories about how Beyond the Cosmos, in its earlier editions, impacted their life—but no story moved me more than that of a husband who read the book with his beloved wife as they prepared for her passage through death into eternal life. He said the insight into God’s nearness and the preview of the new creation brought unspeakable joy and lifted them above the dark shadow cast by his wife’s cancer. Kathy and I wept as we heard these words.

God’s nearness to us, his constant awareness of everything about us, is a comforting thread woven throughout the biblical tapestry. To believe that God sees, knows, and understands everything about every human being; that he sees us individually; that he stays closer to each one of us than we can stay to each other; that he comprehends our actions, words, and thoughts—all require faith. But sometimes we forget. Sometimes we doubt.

While no one could be more attentive, more loving, more understanding, more steadfast, and more aware of our innermost being than God, neither could anyone be more invisible and untouchable. However, there is a benefit to his physical “distance.” It actually makes possible greater nearness and greater intimacy than we may have imagined.

Picture the relationship we could develop with characters on a computer screen. These screen people would occupy only the two dimensions of the computer’s screen surface while we reside in three dimensions. Given the right software, we could give them color and animation, and we could create scenes for them to move around in, all the while sending electronic signals to let them know of our presence.

Consider the difficulty these screen people would have in comprehending us and relating to us. Even if we put our hands or faces right up next to the screen, they could not see, hear, or feel our nearness to the glass plane where they reside.

From our vantage point, we can observe more about the screen people than they can ever see. We can see what’s inside them. The details and workings of their interior body parts would be fully exposed to us. The amount of information we can learn about them is at least 10 times greater than what they possess about themselves.

In this analogy, just one dimension separates the screen people from us. And yet, the advantage of that one extra dimension explains how we can be closer to the screen people than they are to each other, fully comprehending them inside and out, while remaining invisible and untouchable to them.

God’s dimensional advantage over us goes far beyond this one-dimensional difference. He can operate in the equivalent of many more dimensions, as shown by the space-time theorems and by string theory. His capacity to maintain close and comprehensive contact with us—despite our incapacity to detect him physically through our space-bound dimensions—becomes a comprehensible reality.

Making sense of his nearness is more important, for now, than physically sensing his nearness. Physical nearness is good, but the nearness available to us in his extra dimensions goes immeasurably beyond what we can think or imagine. In one sense, God’s invisibility and untouchability keep our yearnings focused where they rightly belong, on the supernatural realm that awaits us.

Adapted from Beyond the Cosmos by Hugh Ross 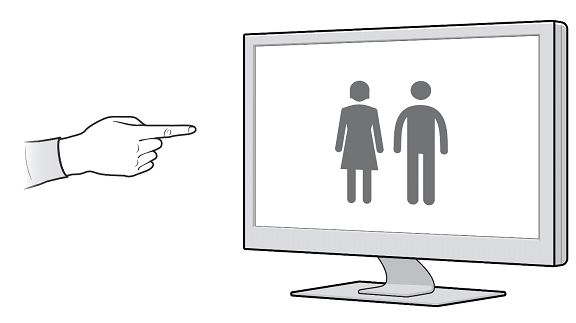 Mr. and Mrs. Screen are two-dimensional beings confined to the plane of length and width on a computer screen. A three-dimensional being can approach their plane from the depth dimension and extend a hand to either one or both of them. Despite this proximity, the Screens would be unable to detect the hand’s presence, much less understand and describe its physical characteristics. Consider what would be required for the three-dimensional being to be known and understood.

Have You Thanked God for Your Oxygen Today?

Probably nothing is taken more for granted than the air we breathe. At sea level our atmosphere has an air pressure of 15 pounds...
Biology

General relativity and the biblical creation model received yet another boost on January 8, 2003, at the 201st meeting of the American Astronomical Society....
Design

An Ocean of Wonder

What I love about science is that it continually provides us with new revelations of the Creator’s care. As astronomers study planets outside our...
Design