A centuries-old dogma of anthropology is that early humans were so primitive and so disinterested in developing civilization that they remained locked into a hunter-gatherer subsistence lifestyle for tens of thousands of years. Dispelling that myth are two discoveries showing that humans living 23,000 and 32,600 years ago respectively were planting crops and processing food grains into flour.

The first discovery was archaeological evidence showing that humans living along the shore of the Sea of Galilee were cultivating wild cereals as early as 23,000 years ago.2 The second was the recovery of a grinding tool that was used for processing oat flour found in one of the Grotta Paglicci caves in Italy, just north of the present city of Foggia.3 Individual oat grains recovered from the tool revealed that the grains were “thermally heated,” that is, roasted, before they were ground by the tool.4 The tool was recovered from sublayer 23A in the grotto for which another research team established a calibrated carbon-14 date of 32,614 ± 429 years ago.5

The dates for these archaeological finds imply that humans were engaging in agricultural industry during the most recent ice age, 120,000–12,000 years ago. During this past ice age, global mean temperatures were jumping up and down by as much as 24°F (see figure 1). Such radical temperature variations made any kind of large-scale agriculture impossible. As one research team concluded, the “last glacial climates were extremely hostile to agriculture.”6 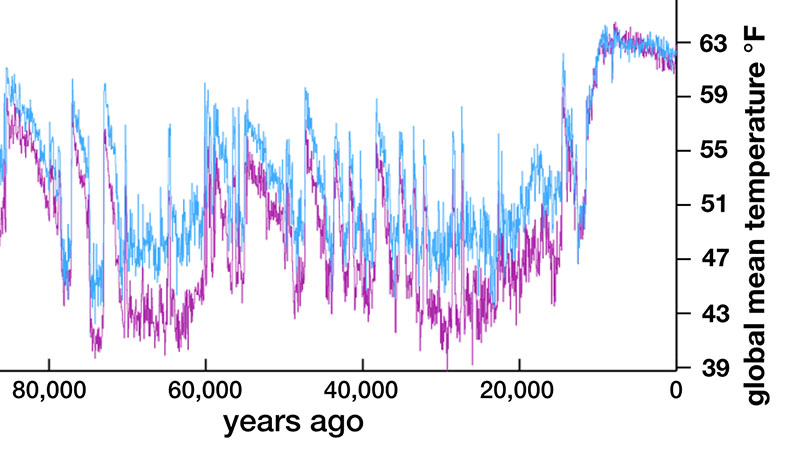 Figure 1: Global Mean Temperatures over the Past 85,000 Years
Ice core records demonstrate that global temperatures have been remarkably constant throughout the past 9,000 years and highly variable before that.
Image credit: Leland McInnes, released under the GNU Free Documentation License (Creative Commons)

The fact that humans during the last ice age were engaging even in small-scale agriculture shows that they were innately inventive and just as committed to developing civilization and technology as we are today. What held them back was not a lack of ambition, inventiveness, or industry but rather climate instability. This archaeological evidence of early, small-scale agriculture also affirms the Bible’s claims in Genesis 1–11 that the first humans were engaging in agriculture.

Humans have always been motivated to develop and advance civilization and technology, and this is confirmed by a new set of archaeological and genetic discoveries showing that large-scale, specialized agriculture appeared simultaneously or near simultaneously in multiple, geographically separate locations.7

The research affirms what other research groups have already established: that large-scale, specialized agriculture was launched about 10,000 years ago. What is new is that their research shows that it was launched in at least three widely separated locations.

DNA from the earliest humans engaging in large-scale, specialized agriculture shows that these humans arise from three distinct genetic groups: western Anatolians living in Greece and western Turkey, Levantines living in southern Israel, and Zagros Mountain people living in Iraq and Iran. The three groups used different farming tools and engaged in different kinds of agriculture. However, their agricultural technology soon merged as the result of each group’s major efforts to colonize adjoining regions and to engage in major trading enterprises.

The DNA analysis showed that the western Anatolians colonized and exported their agricultural technology throughout Europe. The Levantines spread their agricultural industry throughout Africa and the near Middle East. The Zagros Mountain people spread large-scale, specialized agriculture into the Eurasian steppes and South Asia. In this manner, large-scale agriculture quickly took hold throughout all of Africa, Asia, and Europe. Joachim Burger, one of the authors of the Science paper, commented,

We have an extremely complex agricultural revolution that was created by people who were extremely diverse.8

What the new research shows is that as soon as Earth’s climate permitted the launch of large-scale, specialized agriculture, it was launched, and it was launched everywhere at once. Figure 1 shows that not until about 10,000 years ago did the global mean temperature stop jumping up and down by many degrees.

From 10,000 to 9,000 years ago the global mean temperature was steadily and gradually increasing. Such a slow, unidirectional change in temperature, for the first time in the era of human existence, gave a farmer enough climate predictability that he could focus on one crop or one domesticated animal and increase the scale size of his crop or animal. Such specialization yielded breeding opportunities that generated much higher agricultural productivity. Climate predictability played another crucial role in that for the first time it permitted large-scale trading of goods across distant geographical regions.

Starting about 9,000 years ago, the global mean temperature stabilized to a remarkable degree. For the last 9,000 years the global mean temperature has not varied by any more than 2°F. Such extreme climate stability permitted a dramatic increase in agricultural scale size, specialization, and the trading of agricultural goods. The beginning of this period of extreme climate stability coincides with the western Anatolians, the Levantines, and the Zagros Mountain people spreading large-scale, specialized agriculture throughout Africa, Asia, and Europe.

Three faith-affirming conclusions can be drawn from the new research:

Does Animal Planning Undermine the Image of God?

A few years ago, we had an all-white English Bulldog named Archie. He would lumber toward even complete strangers, eager to befriend them and...
Biology

Did Neanderthals Bury Their Dead with Flowers?

Were Neanderthals like us? The answer to this question has profound implications for our understanding of human origins, and for the RTB creation model....
Human Origins & Anthropology

Fun fact: each year, people around the world purchase 50 billion dollars’ (US) worth of adhesives. But perhaps this statistic isn’t all that surprising—because...
Human Origins & Anthropology