Development of a biblical cosmic creation model ranks as one of the hallmarks of Reasons to Believe’s case for the Christian faith. In that model we maintain that thousands of years ago, the Bible explicitly predicted the following four features of the universe:1 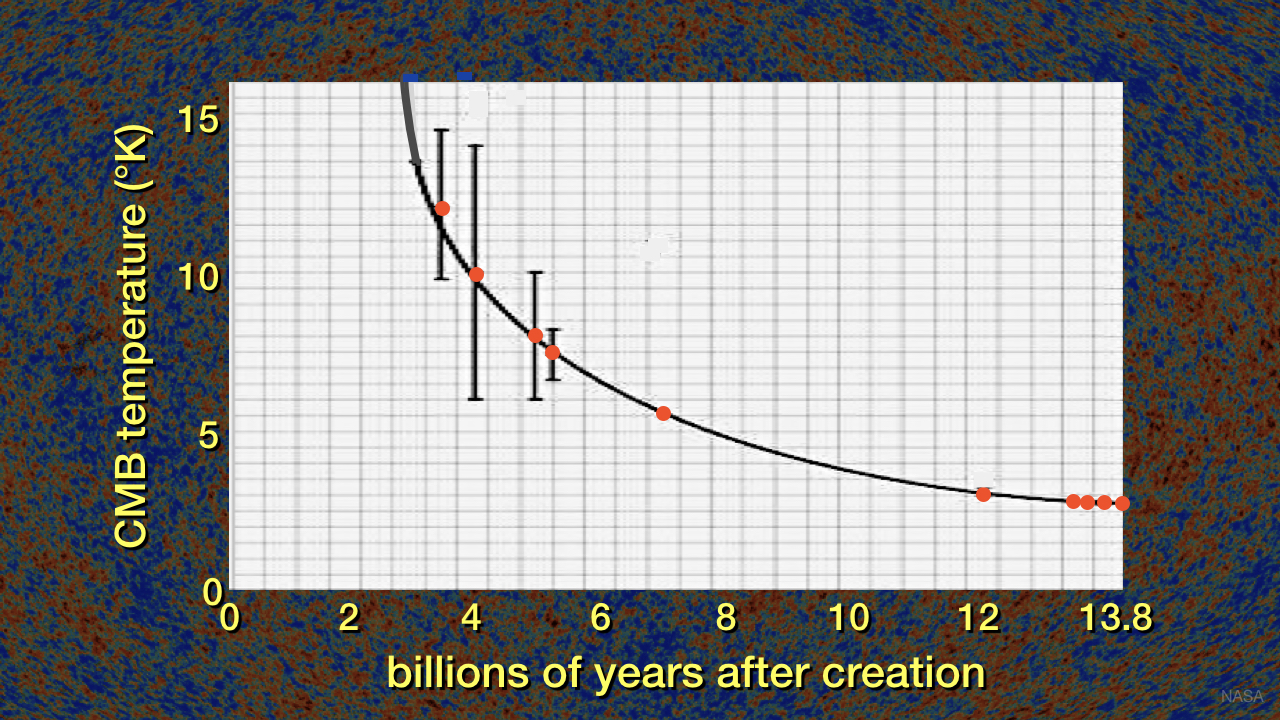 Figure 1: Evidence of Predicted Cooling from the Cosmic Creation Event. The curve is the predicted cooling of the universe according to the biblically described features of the universe where the universe has an age of 13.8 billion years and where there is little variation in the cosmic expansion rate. The dots and error bars are actual temperature measurements of the cosmic microwave background radiation (i.e., radiation remaining from the cosmic creation event) made at different distances or lookback times. The error bar for the measurement at ~7 billion years after the cosmic beginning2 is smaller than the width of the curve. Diagram credit: Hugh Ross

Measuring Primordial Helium
According to the big bang model, the universe begins with just one element—hydrogen. The model predicts that between three to four minutes after the cosmic creation event, 0.24668±0.00061 of the original hydrogen by mass will be fused into helium. This number is derived from the most detailed maps of the cosmic microwave background radiation (a.k.a. the radiation from the cosmic creation event) on the singular assumption that the big bang model is correct.3

The big bang test is whether or not this 0.24668 number agrees with the measured abundance of helium observed in cosmic gas clouds that have seen little chemical contamination since the birth of the universe. Stars, once they form, fuse the primordial hydrogen and helium of the universe into elements heavier than helium and more helium. A good measure of how much helium stars have manufactured and exported into their surrounding gas clouds is the quantity of elements heavier than helium that resides in the surrounding gas clouds. The lower this quantity of heavier-than-helium elements in a gas cloud, the more accurately astronomers can determine the amount of helium added to the gas clouds before any stars began to form in the universe. Hence, astronomers look to ionized gas clouds with the least quantity of elements heavier than helium in their quest to determine the quantity of helium (as a fraction) by mass of the original cosmic hydrogen that existed before stars formed. That is, they are looking for the amount of hydrogen transformed into helium in the first few minutes after the creation of the universe—otherwise known as the primordial helium abundance.

The use of large samples of gas clouds for the determinations listed in table 1 was made to reduce the statistical errors. However, as several research teams pointed out, “if one is not careful, systematic errors can be more significant for large samples, because low-quality objects/observations are often included.”8 (Systematic errors are possible offsets or multipliers of measurements due to instrumental effects and possible failures to properly calibrate or account for other natural phenomena that could influence the outcomes of the measurements.)

Affirming Measurement in a Gas Cloud
Recently, a team of four astronomers led by Mabel Valerdi sought to minimize systematic errors in determining the primordial helium abundance by observing a single gas cloud that stands dramatically apart from all other gas clouds in affording outstandingly high-quality, unambiguous measurements of the primordial helium abundance.

That gas cloud is NGC 346 (see figure 2). NGC 346 is an exceptionally low-metallicity gas cloud in an exceptionally low-metallicity galaxy, the Small Magellanic Cloud. Residing in the Small Magellanic Cloud, NGC 346 is close enough, just 61 kiloparsecs (196,000 light-years) away,9 that it is possible to resolve (distinguish) individual stars in the gas cloud and, thus, avoid their contaminating contributions to the observed nebular gas spectra. NGC 346’s proximity means that “the underlying absorption correction (due to the stellar absorption of the H and He [hydrogen and helium] lines) can be reduced significantly, at least by an order of magnitude.”10 NGC 346 is close enough and large enough that its nebular gas can be observed in several different lines of sight. The bottom line is that there is no other ionized nebular gas cloud that is simultaneously “as close, as large, and with a metallicity as low as NGC 346.”11 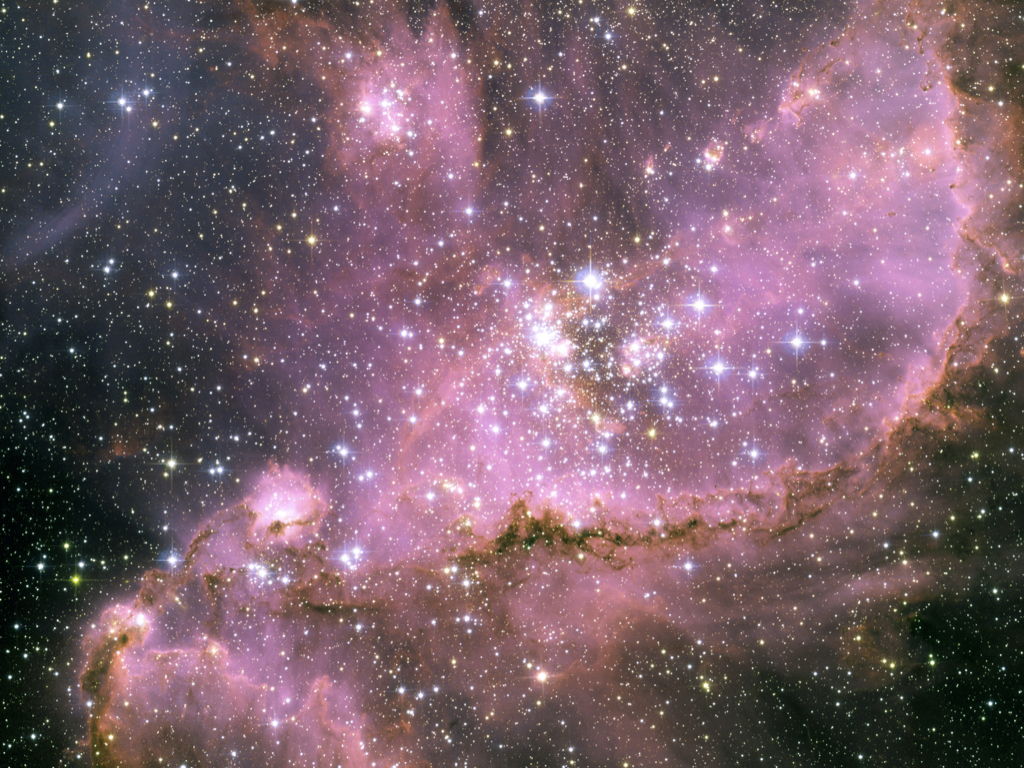 Valerdi and her colleagues used a spectrometer on The Very Large Telescope (see figure 3) in Chile to obtain unprecedented high-quality spectra of several nebular regions of NGC 346. Their spectra revealed that the present elemental breakdown for NGC 346 is 74.65% hydrogen, 25.05% helium, and 0.30% elements heavier than helium. Noting that nuclear fusion in typical stars that populate NGC 346 generates 3.3 times as much (by mass) helium as it does oxygen, Valerdi’s team determined that 97.84% of NGC 346’s present-day helium is primordial. Hence, they found the primordial helium abundance = 0.2451±0.0026. 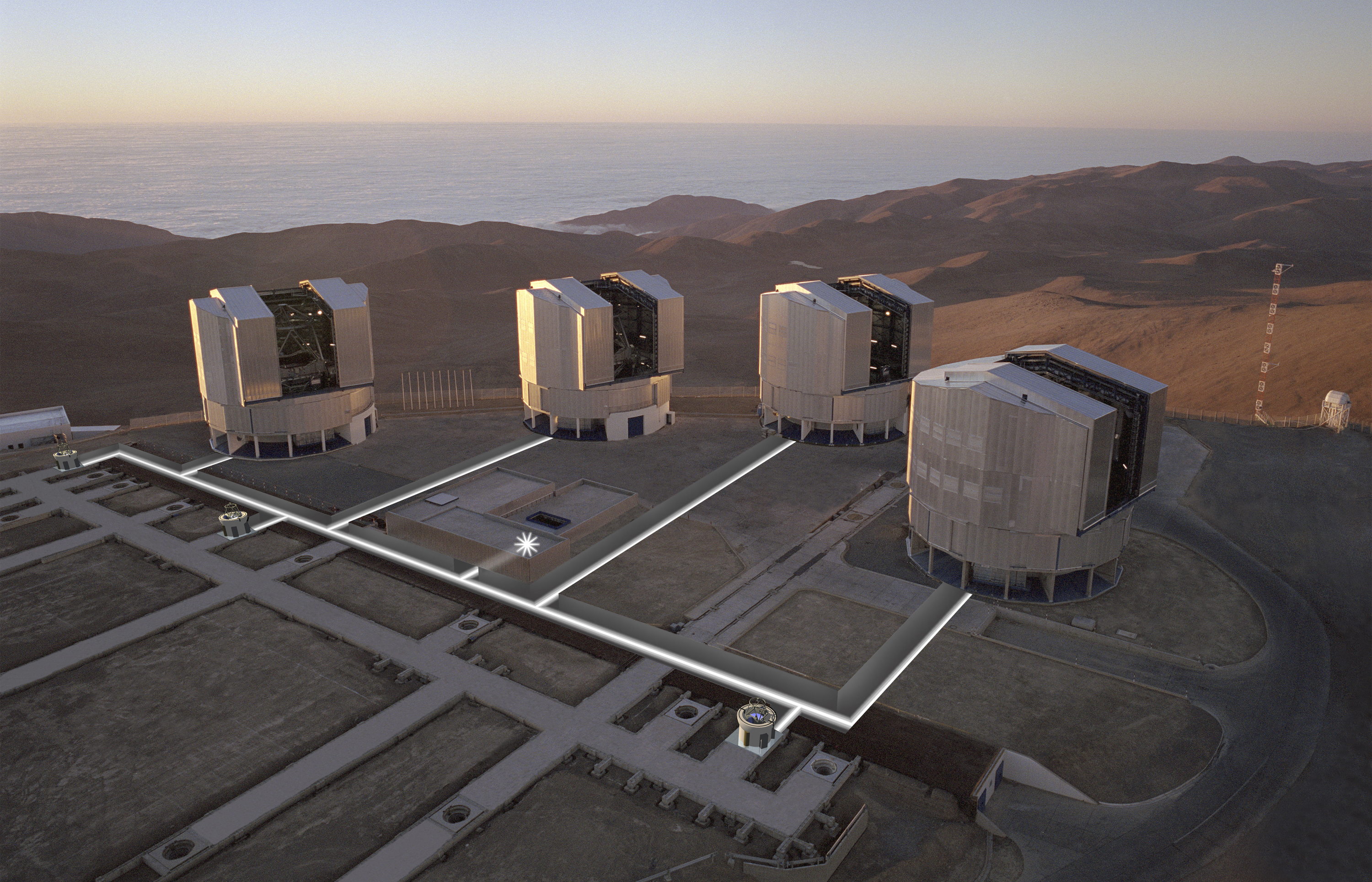 Figure 3: The Very Large Telescope in the Atacama Desert in Chile. The four telescopes can be used individually or together for enhanced light-gathering power. Each of the four telescopes has an 8.2-meter diameter mirror. Image credit: European Southern Observatory

Valerdi and her colleagues’ measurement of the primordial helium abundance is in remarkable agreement with the value, 0.24668±0.00061, predicted by the big bang creation model. It also agrees remarkably well with the three most recent measurements listed in table 1. It is mildly discordant with the measurement by Izotov et al. However, as the Planck Collaboration explained in one of their papers on the Planck results of mapping the cosmic microwave background radiation, “It is not clear whether the error quoted by Izotov et al. (2014) accurately reflects systematic uncertainties, including in particular the error in extrapolating to zero metallicity.”12

God, Naturalism, and the Meaning to Life

If the Christian God exists then life has objective meaning. God possesses ultimate meaning, therefore humans (made in His image) would be expected to...
Worldviews

There are five very important philosophical-apologetics terms in the New Testament that every Christian should have some familiarity with. Learning and appreciating these key...
Theology

In part 1 of this two-part series I noted that for Christians to effectively engage secularists in meaningful discussion, it is vital to understand...
Evolution