When humans experience or learn of an earthquake or volcano anywhere in the world, a natural response is to express concern and then mobilize to help the suffering. Because these disasters often result in tragedy, many people are surprised to learn that the processes involved in plate tectonics also play a crucial role in sustaining life on Earth. For example, who would have thought that the exchange of carbon between Earth’s layers must occur at just-right rates to ensure our survival? Thanks to ongoing research, scientists have discovered that 60 components of Earth’s deep carbon cycle must be fine-tuned for advanced life.

Deep Carbon Cycle
Only recently have geophysicists and geochemists gained a good qualitative understanding of the deep carbon cycle. Their capacity to determine the quantities of carbon being moved through the different elements of the deep carbon cycle is just now gaining a measure of confidence. The deep carbon cycle refers to the movements of carbon occurring in the deepest parts of Earth’s crust and throughout the entirety of Earth’s mantle. Earth’s mantle is Earth’s thickest layer. It extends from 5–70 kilometers below Earth’s surface, down to 2,890 kilometers (1,800 miles). 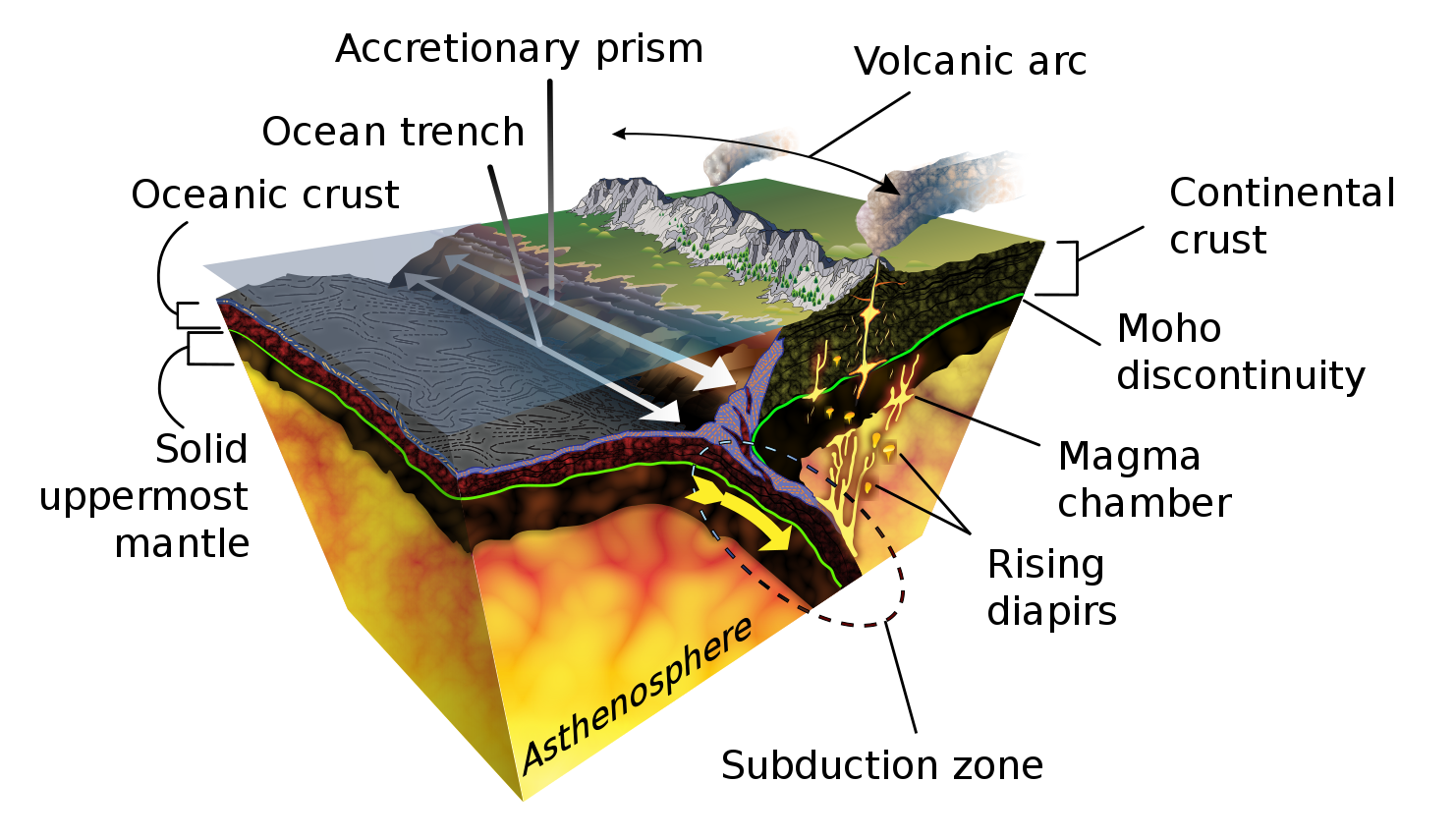 Volcanoes return megatons of carbon trapped in Earth’s mantle back to Earth’s atmosphere and hydrosphere (Earth’s oceans, seas, lakes, rivers, icefields, and glaciers). Whereas the removal of carbon from the atmosphere and hydrosphere through tectonic plate subduction has occurred continuously during the past three billion years, the release of carbon back to the atmosphere through volcanoes occurs episodically. Nevertheless, volcanic eruptions on Earth are neither too frequent nor too seldom, neither too violent nor too tepid, to present a problem either for compensating for the Sun’s increasing luminosity or brightness (see figure in part 1 of this two-part series) or for the long-term survival of life on Earth.

There are 37 known sets of parameters that affect the rates at which these 23 subcomponents operate:

Extraordinary Fine-Tuning Points to Design
The 23 subcomponents of the deep carbon cycle and the 37 parameters that affect the rates at which these 23 subcomponents operate must all be individually fine-tuned so that, in combination with the shallow carbon cycle, carbon dioxide and methane are removed from the atmosphere at just-right rates throughout the 3.8-billion-year history of life Earth in a manner that perfectly and continuously compensates for the Sun’s increasing luminosity (see figure in part 1 of this two-part series). It is the net removal of carbon dioxide and methane that is referred to here. Measurements of the amounts of carbon delivered from Earth’s mantle and crust to Earth’s atmosphere almost, but not quite, equal the amounts of carbon transported from Earth’s atmosphere to Earth’s crust and mantle. It is this slight imbalance that perfectly compensates for the Sun’s increasing luminosity so that life can be sustained and thrive on Earth for 3.8 billion years.

The deep carbon cycle not only plays a crucial role in compensating for the Sun’s increasing luminosity, it also plays a critically essential role in the rise of Earth’s atmospheric oxygen.64 If it were not for organic carbon being efficiently subducted into Earth’s mantle at just-right times in Earth’s history, animal life and human life, in particular, would have been impossible.

Fine-tuning 60 different features and processes on Earth in different ways and at different rates throughout the past 3.8 billion years is no mean task. Even just fine-tuning the features and processes relevant to tectonic plate subduction is a tall order. As geophysicist Robert Stern noted in a paper published in Geology, “Earth is the only known planet with subduction zones and plate tectonics, and this fact demonstrates that special conditions are required for this mode of planetary heat loss.”65 As geophysicist John Hayes and oceanographer Jacob Waldbauer commented in their paper that specifically addressed the subduction components of the deep carbon cycle, “A very clever demon will be required to operate the carbon valve in the subduction zone.”66

However, it takes a lot more than “a clever demon” to explain the exquisite, continual control of the sixty features and processes described here. As the prophet Isaiah in the Bible repeatedly declares,67 only the God that created and designed the universe for humanity’s specific benefit possesses the power, knowledge, intellect, and cleverness to control the natural realm to this extraordinary degree.

"Junk" (or noncoding) DNA has become an icon of evolution. Evolutionary biologists maintain that because junk DNA is an imperfection, it provides incontrovertible evidence...
Biochemistry

In my previous blog post, “Bad Flare Days,” I discussed the latest research establishing how blessed we are to be orbiting a star with...
Biology

Under the Sea at Monterey Bay

The first sardine cannery opened on Ocean View Avenue, Monterey in 1908—by the 1950s, overfishing forced the canneries to close their doors. The innovative...
Biology