A little more than a month ago the internet and popular press were abuzz about a paper published by a team of astronomers led by Nobel laureate, Adam Riess. Riess and his team reported measurements that indicated that the universe might be a little more than a billion years younger than the date determined from analyzing a map of the cosmic background radiation—the radiation left over from the cosmic creation event.1 As one web article commented, the new measurements are “upending one of the few things scientists felt certain about”2 and consequently “the birth of the universe is shrouded in guesses and hypotheses.”3 Another web article stated that astronomers “lost track of time”4 and quoted Riess in saying that “we’re not passing this test [the age of the universe]—we’re failing the test!”5

Such publicity prompted the Institute for Creation Research to post an article in which young-earth creationist physicist Jake Hebert asserted that the apparent contradiction between the two measures of the age of the universe was more evidence that “problems with the Big Bang are legion” and that “secular astronomers have wasted, and continue to waste, who-knows-how-many millions (perhaps billions?) of taxpayer dollars attempting to prop up a failing cosmology.”6

Is the big bang creation model really in as much trouble as these article authors imply? Are astronomers confused or feeling that their certainty about big bang cosmology will be upended? Is there a contradiction between the two measurements of the cosmic expansion rate?

Why the Answer Is No
For a variety of reasons, the answer to all three questions is no. Here is the basis for the paper and web articles. Riess’s team observed 20 detached eclipsing binary stars and 70 Cepheid variable stars in the Large Magellanic Cloud galaxy that yielded a measure of the cosmic expansion rate equal to 74.03±1.42 kilometers/second/megaparsec. (A megaparsec = 3,261,560 light-years or 19.174 million trillion miles.) This measure is about 9 percent faster than the one derived from the Planck satellite map (see figure) of the cosmic microwave background radiation (the radiation remaining from the cosmic creation event) which was 67.3±1.2 kilometers/second/megaparsec. However, it is important to recognize that these two measures do not stand alone. 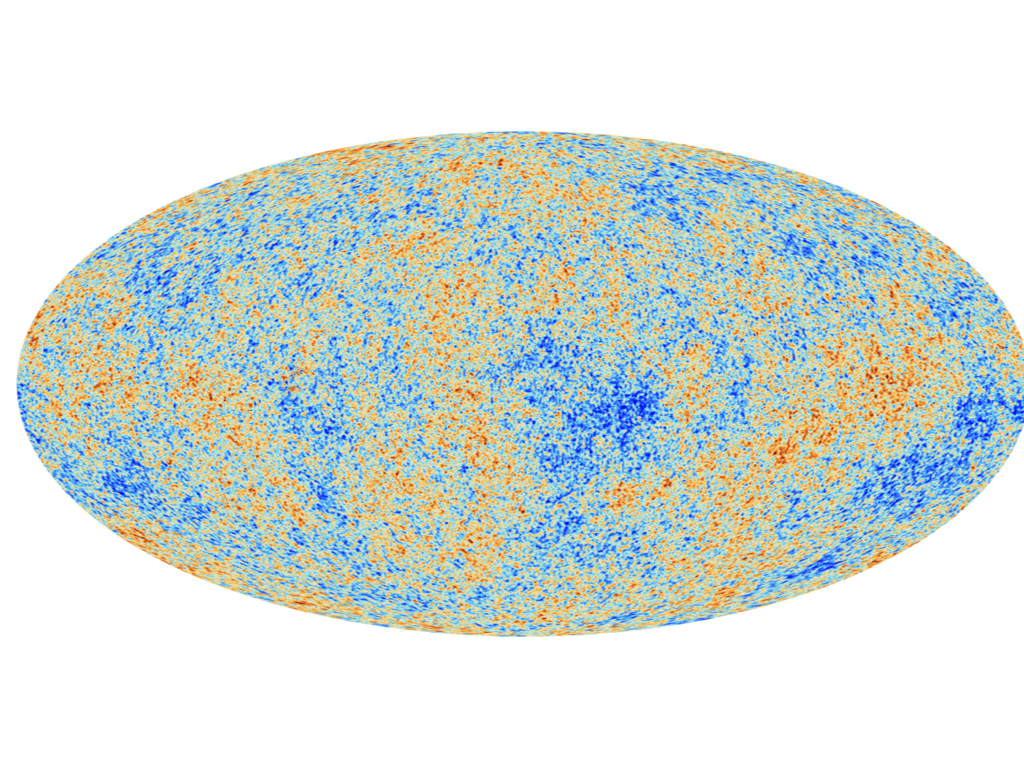 Other astronomy research teams have also produced high-quality measurements of the cosmic expansion rate. They are listed together with these two in the table below.

First, it is important to note that of the seven measurements in the table, the two mentioned above are the farthest apart from one another. The other measurements are not so discrepant.

Accounting for Different Measures
Riess’s team pointed out the problem that the difference between their measurement of the cosmic expansion rate and the rate derived from the Planck map of the cosmic microwave background radiation, 6.7 kilometers/second/megaparsec, is too large to be explained by the simplest models for the nature of dark energy and dark matter. However, in their paper they argue that both their measurement and the measurement derived from the Planck map of the cosmic expansion rate are correct. Thus, they conclude that the discrepancy can be resolved by adjusting the currently standard big bang creation model, what is known as the ΛCDM model (a universe dominated by dark energy, Λ, and secondarily by cold dark matter, CDM), by including the effects of “exotic dark energy, a new relativistic particle, dark matter-radiation or neutrino-neutrino interactions, dark matter decay, or a small [cosmic] curvature, each producing a different-sized shift [in the cosmic expansion rate].”7

What Riess and his colleagues are proposing is not at all considered “upending” or an appeal to “guesses and hypotheses.” Astronomers already possess evidence that dark energy may be more complex than the explanation that it is governed by a single cosmological constant. They also have some evidence for dark matter decay and possible dark matter interactions.

In this case, the discrepancy is a little less than half of what Riess’s team cites in their paper. It is low enough that, in view of the error bars on the measurements, there may be no need to appeal to the adjustments suggested by Riess and his colleagues. At the least, the lower discrepancy calls for a deeper study of systematic errors. Systematic errors are possible offsets or multipliers of measurements due to instrumental effects and possible failures to properly calibrate or account for other natural phenomena that could influence the outcomes of the measurements.

Examples of relevant possible systematic effects include: (1) if the measurement produced by Riess’s team featured a much-improved calibration of the wide-field camera infrared detector on the Hubble Space Telescope; and (2) if the earlier 2015 measurement in the above table—using the same method of observing eclipsing binary stars, Cepheid variable stars, and type Ia supernovae to determine the cosmic expansion measure—featured a correction for star formation bias.8 These two systematic effects and others may explain why the two measurements, both based on eclipsing binary stars, Cepheid variable stars, and type Ia supernovae, yielded a difference of 3.4 kilometers/second/megaparsec. Fortunately, as Riess and his colleagues point out, high-resolution imaging from the soon-to-be-launched James Webb Space Telescope and the largest ground-based telescopes with adaptive optics will likely reduce these systematic errors and others to much below 1 percent.

Personally, I do not think systematic errors alone will account for the 9 percent difference between the cosmic expansion rate determinations by Riess’s team and from the Planck map of the cosmic microwave background radiation. Nor do I believe that any one of the five adjustments suggested by Riess’s team by itself will resolve the difference. I am persuaded, based on the best currently available observations, that resolving the difference will likely require a combination of two or more of:

In my opinion, measurements of the geometry of the universe rule out a small cosmic curvature influencing the cosmic expansion rate to any significant degree.

I also see little chance that the determined age of the universe will shrink from 13.8 to 12.6 billion years. There are just too many different observational methods, independent of the cosmic expansion rate, pointing to an age between 13.0 and 13.9 billion years.9

No scientific model is or ever will be complete. There is always more to learn. Scientists affirm that a model is very likely correct when it extends their knowledge and understanding about some aspect of the natural realm and they are able to make the model progressively more detailed and comprehensive in its explanatory power. By these yardsticks, the big bang creation model is a spectacular success, and the paper published by Riess and his colleagues adds to that success. I look forward to one or two letters being added to the ΛCDM acronym.

I also look forward to scientists and laypeople who are not yet followers of Jesus Christ (and to young-earth creationists) recognizing that astronomers were not the first to conceive of the big bang creation model. Six Old Testament authors scooped astronomers by 2,500 years and more. For over two millennia the Bible stood alone as the only book declaring the fundamental features of big bang cosmology.10 This outstanding prediction is powerful evidence for the inspiration, inerrancy, and divine authority of the Bible. Now, we have even more scientific evidence that the Bible is the inspired, inerrant, authoritative Word of God.

New Clues to a Genesis Mystery

Medical doctors say if you live long enough you'll probably get cancer. Cancer is one reason why none of us can live much beyond...
Bible

Doing Apologetics in a Scientific Context

How can we share our evidence-based faith effectively? I have found that context is key. In my outreach efforts, I have invited nonbelievers to...
Bible