The J. Paul Getty Museum in Los Angeles houses one of my favorite paintings: Édouard Manet’s The Rue Mosnier with Flags. 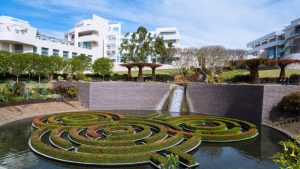 This masterpiece depicts the Rue Mosnier (an urban street) as seen from the window of Manet’s art studio on June 30, 1878, a national holiday in France. Flags line both sides of the Rue Mosnier, decorations that are part of the day’s celebration.

Photos of this piece of art simply don’t do it justice. When viewing the original in person, the bright colors of the flags—the whites, blues, and reds—leap off the canvas. And yet, there is an element of darkness to the painting. Meant to be viewed from left to right, the first thing the viewer sees in the corner of the painting is a disabled veteran struggling to make his way up the street. The flags on the left side of the street—though brilliantly colored—hang limp. Yet, as the viewer’s gaze moves down and across the street, the flags are depicted as flapping in the breeze. The focal point of the painting is found near the center of the piece, where two women in brilliantly white dresses disembark from a carriage. 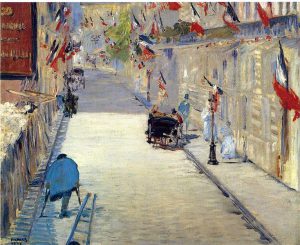 Some scholars believe that through The Rue Mosnier with Flags, Manet was portraying the inequities of French society in his day. Others see the painting as communicating a sense of optimism and hope for the future as France recovered from the Franco-Prussian War (1870–71).

For many people, our ability to create and contemplate art serves as a defining feature of humanity—a quality that reflects our capacity for sophisticated cognitive processes. Art is a manifestation of symbolism. Through art (as well as music and language), we express and communicate complex ideas and emotions. We accomplish this feat by representing the world—and even ideas—with symbols. And, we can manipulate symbols, embedding one within the other to create alternate possibilities.

Because artwork reflects the capacity for symbolism and open-ended generative capacity, it has become the focal point of some very big questions in anthropology. The earliest humans produced impressive artistic displays on the cave walls of Europe that date to around 40,000 years in age—the time when humans first made their way to this part of the world.

But when did art first appear? Did it arise after humans made their way into Europe? Did it arise in Africa before humanity began to migrate around the world? Did art emerge suddenly? Did it appear gradually? Is artistic expression unique to human beings, or did other hominins, such as Neanderthals, produce art? The answers to these questions have important implications for how we understand humanity’s origin and place in the cosmos.

As a Christian, I view these questions as vitally important for establishing the credibility of the biblical accounts of human origins and the biblical perspective on human beings. I believe that our capacity to make art is a manifestation of the image of God. As such, the appearance of art (as well as other artifacts that reflect our capacity for symbolism) serve as a diagnostic in the archaeological record for the image of God. The archaeological record provides the means to characterize the mode and tempo of the appearance of behavior that reflects the image of God. If the biblical account of human origins is true, then I would expect that artistic expression should be unique to modern humans and should appear at the same time that we made our first appearance as a species.

So, is artistic expression unique to modern humans? This question has generated quite a bit of controversy. Some scientific evidence indicates that Neanderthals displayed the capacity for artistic expression (and hence, the capacity for symbolism). On the other hand, a number of studies question Neanderthal capacity for art (and, consequently, symbolism). In fact, when taken as a whole, the evidence indicates that Neanderthals were cognitively inferior to modern humans. (For more details, check out the articles listed in the Resources section.)

On the other hand, the most recent evidence indicates that the capacity for symbolism and advanced cognition appeared much earlier than many anthropologists thought. And that time of origin is close to the time that anatomically modern humans made their first appearance, as three recent discoveries attest.

Yet, in recent years archaeologists have gained access to a growing archaeological record in Asia—and characterizing these archaeological sites changes everything. In 2014, a large team of collaborators from Australia dated hand stencils discovered on the walls of a cave in Sulawesi, Indonesia, to be between 35,000 to 40,000 years in age.1 Originally discovered in the 1950s, this artwork was initially dated to be about 10,000 years old. The team redated the art using a newly developed technique that measures the age of calcite deposits—left behind by water flowing down the cave walls—overlaying the art. (Trace amounts of radioactive uranium and thorium isotopes associated with the calcite can be used to date the mineral deposits and, thus, provide a minimum age for the artwork.)2 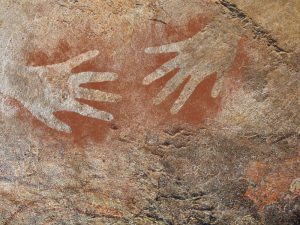 Figure 3: A modern-day re-creation of hand stencils found in the caves of Europe and Asia. Image credit: Shutterstock

Recently, this same team applied the same technique to animal drawings in the caves of Borneo, dating one drawing to be a minimum age of 40,000 years old. They also dated hand stencils from this cave to be between 37,000 and 52,000 years in age.3

The hand stencils and art reflect the same quality and character as the cave art found in Europe. And it is older. This discovery means that modern humans most likely had the capacity to make art before beginning their migrations around the world from out of Africa.

A recent discovery by a team of anthropologists and archaeologists from the University of Witwatersrand in South Africa also supports the notion that artistic expression emerged prior to the migration of humans around the world.4 These researchers recovered a silcrete flake from a layer in the Blombos Cave that dates to about 73,000 years in age. (The Blombos Cave is located in the coastal area of South Africa, around 150 miles east of Cape Town.)

This silcrete flake looks as if it was broken off from a grindstone used to turn ochre into a powder. The silcrete flake has a crosshatch pattern on it that appears to have been intentionally drawn using an ochre crayon. Because the crosshatch markings end abruptly, it looks like they were part of a large, abstract drawing made on the grindstone. When the researchers tried to reproduce the pattern in the lab, it required a steady hand and a determined effort.

The Blombos Cave has previously yielded other artifacts that evince the capacity for symbolism. Additionally, the crosshatch symbol has been found etched into ochre and ostrich eggshells from other sites in South Africa. But this recent find represents the first and oldest example of the symbol having been drawn on an artifact’s surface.

In addition to art, anthropologists believe that another diagnostic of cognitive complexity in humans is the manufacture and use of specialized bone tools. In 2012, researchers unearthed a bone in a cave near the Atlantic coastline of Morocco. To manufacture this knife, modern humans had to remove the rib from a herbivore and then cut it in half, lengthwise. The tool manufacturers had to then scrape and chip away the bone to give it a knife-like shape. Anthropologists believe that the manufacture of bone tools, such as this rib knife, reflects the capacity for strategic planning for future survival.

Recently, an international team of researchers provided a detailed characterization of this tool and dated it to be around 90,000 years in age.5 This insight indicates that the capacity for advanced cognition existed (at least minimally) around 90,000 years ago.

A Convergence of Evidence

These recent findings signify that advanced cognitive ability, including the capacity to make art, originated close to the same time that anatomically modern humans first appear in the fossil record. In fact, (as I have written about earlier) linguist Shigeru Miyagawa believes that artistic expression emerged in Africa earlier than 125,000 years ago. Archaeologists have discovered rock art produced by the San people that dates to 72,000 years ago. This art shares certain elements with the cave art found in Europe. Because the San diverged from the modern human lineage around 125,000 years ago, the ancestral people groups that gave rise to both lines must have possessed the capacity for artistic expression before that time.

It is also significant that the globular brain shape of modern humans first appears in the archaeological record around 130,000 years ago. As I have written previously, globular brain shape allows for the expansion of the parietal lobe, which is responsible for these capacities:

In other words, the archaeological and fossil records increasingly indicate that anatomically and behaviorally modern humans emerged at the same time, as predicted by the biblical creation accounts.

And, while these first humans didn’t have the luxury of spending an afternoon in an art museum contemplating artistic masterpieces, they displayed the image of God by producing art that, for them, apparently had profound meaning.

One might invoke the last line from King Kong after hearing about a recent discovery asserting a closer connection between gorillas and humans. Does...
Evolution

Are human beings divinely created? Or are we the product of an evolutionary history? Or both? Nearly everyone has some interest in human origins....
Evolution