What’s the true measure of success and influence in life? What criteria should be used to determine this judgment? 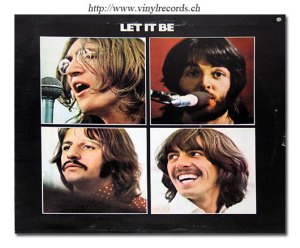 I think it’s safe to say that by most standards The Beatles were definitely successful as a popular music band. According to Wikipedia, The Beatles’ record sales stand at an incredible 2.3 billion units worldwide. This statistic clearly makes the Fab Four the most commercially successful group in popular music history.

The Beatles were also quite influential in their short time together as a band (1957–1970). Time magazine listed the group collectively among the most influential people of the twentieth century.

But is being commercially successful and critically acclaimed as a musical group enough? I think the life of former Beatle George Harrison, as revealed in the HBO documentary George Harrison: Living in the Material World, reveals a surprising answer to this question. Today, on the 10th anniversary of Harrison’s death, I finish out this three-part series, reflecting on the documentary’s look at the detriments of fame.

Reflections on the Documentary: Fame—the Dark Side

Let me say again that I am a big Beatles fan and have been since my elementary school days. As a quiet and shy kid growing up in the 1960s, I found the group’s music fun and exciting. I bought all their records and as a teenager went to Beatlefests and even won a Beatles trivia contest. Even today I view them as gifted musicians and innovative songwriters. I repeat this lest my comments below be taken as slighting The Beatles and/or their amazing accomplishments.

I appreciate director Martin Scorsese’s documentary on George Harrison because it reveals the dark side of fame. While Harrison clearly enjoyed many of the things that celebrity and success provided (money, material possessions, relationships), he was also deeply conflicted about the down side of fame and success. Harrison confessed that Beatlemania intruded on his deep need for privacy. He even felt that the extreme adulation of the fans, at times, made him a nervous wreck. This was clearly part of his reason for seeking the inner peace promised by Eastern mystical religion.

His anxiety was proved to have good cause. In 1980, a mentally ill Beatles fan murdered Harrison’s friend and band mate John Lennon. And in 1999, a different mentally unstable fan broke into Harrison’s home in England and stabbed George, at the time suffering from cancer, repeatedly. With the help of his brave wife he survived the incident. Yet Dhani, Harrison’s son, said the attack likely took years off his father’s life.

As the documentary shows, there were points in Harrison’s life when he wondered whether it wouldn’t have been better if he had just been a regular guy making his way as part of England’s working class. That sentiment is an amazing admission on Harrison’s part that most of us everyday unknowns find hard to understand.

Many people dream of achieving celebrity status, power, and influence, but Jesus in the Sermon on the Mount implores his followers to seek first the kingdom of God (Matthew 6:33). Few people recognize the dark side of such fame. Beatle George may remind us to be careful what we wish for.

You may be familiar with my Facebook and Twitter pages, where I have a weekly segment called #ThursdayTheology. There I provide short, substantive quotes...
People

Dr. Ronald H. Nash died five years ago on March 10, 2006 after a long illness. A professor, author, and churchman, his impact has...
Worldviews

When humans experience or learn of an earthquake or volcano anywhere in the world, a natural response is to express concern and then mobilize...
Biology