More than fifty years ago, astronomer Allan Sandage proposed an assumption-free test for establishing which model for the creation and history of the universe is correct. The test can also determine the nature of dark energy, potentially uncover yet more evidence for supernatural, super-intelligent design, and establish an indisputable age for the universe. At the time Sandage suggested his test, instruments did not exist to perform it. Today, they do and the next generation of telescopes—scheduled to be operational within the next six to eleven years—will be able to perform the test within years rather than decades. As an added bonus, the Sandage test measurements have already demonstrated to a much greater degree that the biblical prediction of constant laws of physics is correct.

Allan Sandage (see Image 1), often described as the most influential astronomer of the last half-century, is credited with founding the discipline of observational cosmology. As Edwin Hubble’s star student, he took over Hubble’s mission to measure the universe’s expansion and, through those measurements, to determine the physics of the cosmic creation event. In his prime, Sandage published close to fifty papers per year in peer-reviewed astrophysical journals. Even in the last year of his life (2010), at age 84, Sandage published five papers. Throughout his career he won several awards for achievements in cosmology, including the Crafoord Prize (the astronomical equivalent of the Nobel Prize). 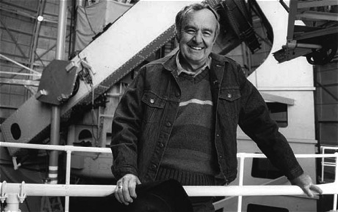 Image 1: Allan Sandage Inside the Dome of the 100-inch Mt. Wilson Telescope
Image credit: Permission for RTB’s use granted by Allan Sandage

Not all of Sandage’s discoveries were astronomical. I met Sandage when I was a research fellow at Caltech. A few years later, while serving as Sierra Madre Congregational Church’s minister of evangelism I noted Sandage’s name on one of the church’s registration cards. I paid him a visit. He told me he had just given his life to Christ after studying the Bible for 35 years. He then proceeded to ask me two questions: (1) Did I believe the Bible to be the error-free word of God, cover to cover, in all respects, including science and history? (2) How old did I believe the universe to be? After he heard my answers, Sandage told me ours was the only church out of sixty-six he had checked out that gave answers he felt he could endorse. Sandage not only got involved in our church, he also gave me access to library resources that greatly facilitated my writing of Creation and Time and The Creator and the Cosmos.

I first read a paper by Sandage while still in high school. In that paper Sandage proposed an elegant test, free of assumptions, that would definitely prove which of the following models for the universe is correct: steady state, oscillating, hesitating, and various ever-expanding big bang.1 The test was to measure in real time the changing redshifts of distant galaxies. That is, Sandage proposed accurate measurements of galaxy redshifts over a long span of time to determine whether the redshift values were decreasing or increasing and by how much. Sandage pointed out that observations of the 21-centimeter neutral hydrogen line by radio astronomers offered the best chance of success. However, given the instrumentation available at the time (1962) it would take nearly 1 million years of observations to establish the correct cosmological model.

Thirty-two years later, astronomer Abraham Loeb proposed the same test,2 apparently without any knowledge of Sandage’s paper. (Thus, some astronomical literature attaches both names to the test.) Loeb did point out that fast echelle spectrographs—developed to detect extrasolar planets—could be exploited to directly measure the variation in the cosmic expansion rate over the universe’s entire history. Thereby, researchers could determine—independent of any assumptions—the cosmic mass density, the dark energy density, Hubble’s constant, and the age and geometry of the universe. Loeb does not say this in his paper, but he has laid out a means by which the cosmic creation event and history of the universe according to the Bible3 could be proven without concern for systematic errors and without making any assumptions or preconditions.

With the best fast echelle spectrographs mounted on the world’s largest optical telescopes Loeb calculated that the Sandage test would be limited to measurements on the brightest quasars. Even then, Loeb determined that a minimum of 100 years of observations would be needed to obtain a satisfactory result. However, the test could be performed in only ten years if astronomers could make measurements on several hundred bright quasars rather than just a few dozen.

A 2007 research team led by Pier-Stefano Corasaniti,4 as well as a 2008 group led by Jochen Liske,5 drew attention to the Sandage-Loeb test as means to settle the debate over the nature of dark energy. In the realm of apologetics, dark energy is significant because it currently ranks as the most spectacular scientific evidence for supernatural, super-intelligent design.6 This evidence could be made even more potent and specific to the biblical God if astronomers could determine whether dark energy is explained by a single cosmological constant, a set of cosmological constants, or by something more complex.

While dark energy appears, at least roughly, to have been governed by a single cosmological constant throughout the past nine billion years, Corasaniti’s and Liske’s teams pointed out that astronomers lacked the tools to measure dark energy’s properties over the first five billion years of the universe’s history. It is in this very historical range, as the two teams explained, that the Sandage-Loeb test is ideally poised to deliver the much-desired measurements. Nevertheless, as noted by the Corasaniti and Liske groups, existing instruments are at least a factor of ten away from producing the needed measurements within a reasonable period of time. However, Liske’s research group demonstrated that dark energy’s nature could be determined in just 20 years, through 5,000 hours of dedicated observing time on the soon-to-be constructed European Extremely Large telescope (E-ESL).7 The E-ESL telescope will be 39.3 meters (129 feet) in diameter. Construction on it will begin in 2013 and is scheduled for completion between 2023 and 2024 (see Image 2). 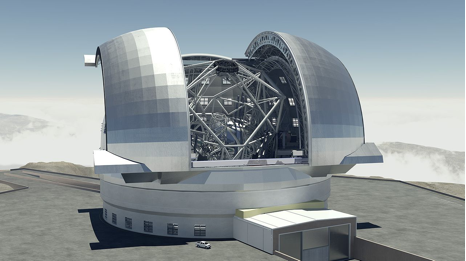 In the December 20, 2012, issue of the Astrophysical Journal Letters, Jeremy Darling presented the first serious attempt to measure the real time change in the rate of the expansion of the universe.8 By this time, spectrograph technology had advanced to the point where scientists could make redshift measurements accurate to a few parts per hundred million. Darling established an upper limit on the rate by which dark energy is accelerating the expansion of the universe. He did this by analyzing redshift measurements of the 21-centimeter neutral hydrogen line from ten different radio galaxies made at epochs stretching from 2000 to 2012. These measurements were performed on the 100-meter (328-feet) diameter Green Bank radio telescope (see Image 3) and several other similarly sized radio telescopes. 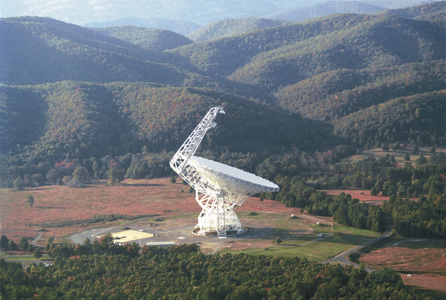 Darling’s upper limit was robust enough to demonstrate that in just 125 years (and without any further advance in technology), ongoing measurements of the 21-centimeter neutral hydrogen line, by the Green Bank telescope, could determine several important features of the cosmos. These include the nature of dark energy and precise values for the cosmic mass density, da rk energy density, Hubble’s constant, the age of the universe, and the universe’s geometry—again without any appeal to assumptions or cosmic model parameters.

Yet it seems 125 years is a long time to wait for such important cosmological results. Darling went on to show that the wait would be reduced to just 5 years if scientists perform the Sandage-Loeb tests on the future Square Kilometer Array (see Image 4). Observations on this array will be possible by 2019. Thus, before the end of the 2020s, humanity could be confronted with: (1) indisputable evidence for the biblical cosmic creation model, (2) dramatically improved evidence for supernatural, super-intelligent design, and (3) by implication, the God of the Bible. 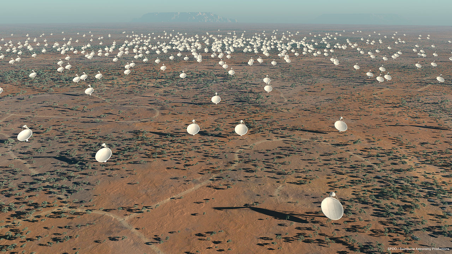 Image 4: Artist’s Rendition of a Portion of the Square Kilometer Array

This array will have a light collecting area equal to 1,000,000 square meters, making it about fifty times more sensitive than any other radio instrument. The antennae will be located in Australia, New Zealand, and South Africa. The data links between the antennae will have a capacity greater than the current global Internet traffic. Construction will begin in 2016, with initial observations by 2019, and full operation by 2024.
Image credit: Square Kilometer Array Project Development Office

Coincidentally, an immediate and very important apologetics argument resulted from Darling’s report. His analysis of existing measurements confirmed—to a much greater degree—that the Bible got it right when it stated, thousands of years ago, the physical laws governing the universe and Earth do not vary.9 The measurements to which Darling refers establish that the fine structure constant, the proton gyromagnetic factor, and the ratio of the electron mass to the proton mass indeed have remained constant over the past 10.4 billion years. The maximum fractional change in these physical constants over the past 10.4 billion years is less than 3 x 10-6.10 This translates into a maximum possible change of less than one part in 5 x 1016 per year.11 Darling’s proof of the constancy of the physical laws that govern the universe is six times superior to the best previous effort.12

The Sandage-Loeb test, and Darling’s recent attempt to apply it, have already yielded a big payoff in providing more scientific evidence for the biblical model of creation and for the God of the Bible. As that test becomes more robust through the next generation of telescopes, we can look forward to even more scientific evidence for the Christian faith. We also can expect that Sandage test measurements will definitely establish the scientifically accepted age of the universe. Research by Sandage, Loeb, Corasaniti et al., Liske et al., and Darling demonstrates that the more we learn about the universe and the physics that governs it, the more reasons we gain to believe in Christ as Creator and Lord.

I spent most of my childhood in Vancouver, British Columbia. On those rare winter days when we did get snow it was wet and...
Creation Views

Rogue Star on Path to Splatter Us with Killer Comets

In case your list of things to worry about is a little short and you need something to raise your anxiety levels, two astronomers...
Evolution