Having frequently heard the cries of “poor design!” from those who believe an intelligent designer would never create the human eye the way it is, I have taken it upon myself to review the human eye’s anatomy, physiology, and histology. Some highlight the so-called faulty qualities of the human eye by comparing them to the design of the cephalopod eye (which, unlike the human’s eye, does not feature “backwards” retinal layers or a blind spot). With an eye (pun intended) towards principles of design and engineering, I want to see if the human eye is truly inferior to that of cephalopods.

Optimization of design is the process that leads an engineer to design something that is the best balance of disparate competing interests. All designs are ultimately a compromise of competing interests. What might be the competing interests of a design for an eye? By using the principle of reverse engineering, I can come up with a few: functionality under various lighting conditions, mobility, protection, variable focusing, sustained metabolic rates, management of waste byproducts, or simplicity.

Why should the human retina be as it is? Here are a few reasons why I believe it to be the best of possible optimizations of competing interests.

The Functions of the Human Eye Design

Let’s review each of these four functions. First, in examining the cephalopod retina, it is apparent that they do not have an RPE “layer” because if one were present, it would seriously impede the incoming light. Of course, this works for cephalopods because they live in water environments where ambient light is drastically reduced.

As to the second point, because the human retina develops in utero via invagination of neural tissue of the forebrain humans have a blood-retina barrier that protects our optical system from infection (just like our blood-brain barrier). The cephalopod retina is a product of ectoderm and does not have this protection. Remember the engineering concept of optimization. Which is more important: to have a blood-retina barrier that concomitantly results in a retinal arrangement that requires a blind spot, or no blind spot but also no blood-retina barrier? Each arrangement has an advantage and a liability.

The third function of the RPE touches on physiology and metabolism. The chemical process of photoreception has many steps. Suffice it to say that given that human vision operates in an environment that includes very high brightness, our photoreceptor cells need the tremendous metabolic support provided by intimate association of the photo cells with the RPE.

The fourth and last function mentioned above was phagocytosis and the disposal of membranous discs from the rods and cones cells. This occurs when the most distal flat layers seen in the ends of the rods and cones nearest the RPE are shed and eaten by the pigment epithelium cells. It is estimated that each of these cells is capable of phagocytizing and disposing of about 7,500 shed discs per day.2

Without an RPE layer, cephalopods do not have this means to process discarded discs, but given the drastically reduced ambient lighting of the marine world, it likely isn’t necessary for them. For humans, however, our regular exposure to bright light apparently requires this disc processing system. Researchers have noted, “In [human] rods, there is a burst of disc shedding each morning, when after a period of sleep, light first enters the eye. The time of disc shedding in cones is more variable.”3

Other Benefits of the Human Eye’s Design

The blind spot of each human eye is actually seen by the contralateral (opposite) eye, such that we cannot appreciate a blind spot except when limited to monocular vision (“where both eyes are used separately”). Pondering this from an engineering perspective led me to the following observation. Though humans and cephalopods both have two eyes, only humans have binocular vision (conjugate gaze); cephalopods have vision in two directions. A simple examination of an octopus, cuttlefish, and nautilus (especially) will demonstrate that the field of vision for each eye does not overlap. Thus, for cephalopods, a blind spot in each eye would produce an actual area of blindness that could mean the difference between catching prey and being prey.

Since human eyes are not only adjacent but also aimed in the same direction, we experience overlapping fields of view that give us a high sense of depth perception. This system also obliterates each eye’s visual blind spot. Even when we are limited to monocular vision, instead of seeing a distracting black spot in the field of view, our brain performs an amazing algorithm of sampling, averaging, and interpolating to create a gap-filling estimate of what the blind spot should visually contain, thereby reducing any distracting visual scotoma. Try it out by covering one eye and looking around. Do you see a distracting black spot in your field of view? No. I think this alone screams for an intelligent agency to explain the existence of both human vision and the vision of the cephalopod.

I have also heard the claim that we, as trichromats, should have cones in more than just three colors (red, blue, and green). (Tetrachromats like goldfish have four colors with ultraviolet; pentachromats like butterflies have five colors; and dodecachromacy animals like mantis shrimp have 12 colors.) Most cephalopods are color blind and see shades of gray with only one pigment plus polarization. To the above concern I say that there are just three primary colors to light (red, green, and blue) and so the principle of simplicity seems to win for me. If we had cones in 96 colors, it would limit space for rods and for individual color receptors. Having a limited color reception that is infinitely integratable is a beautiful and efficient design.

Finally, the area of the human retina most critical for high acuity central vision is the fovea of the macula, and it has the highest concentration and most precisely ordered arrangement of the visual elements. This is the dead center of our field of view and provides the highest visual acuity—it is clearly a work of design. I think I’ll keep my wonderful eyes and leave the cephalopods to theirs. 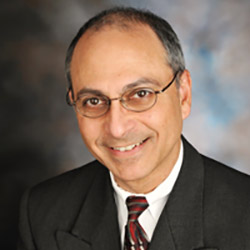 Dr. Eddy M. del Rio received his MD from Saint Louis University in 2004, and currently serves as a practicing physician for the Veterans Health Administration in San Antonio, TX.

Efficient plumbing is easy to take for granted until it suddenly ceases to be efficient. This point came home to me rather dramatically a...
Evolution

Who would have thought that turning on the lights at a beach resort could devastate coral colonies?
Design