If we took human cells and introduced them into an embryonic pig, should we expect the birth of a philosophizing pig? That’s what worries some about experimental attempts to create pig-human chimeras for potential human organ donors. Should this be a real concern? If not, should there be other concerns surrounding the development of chimeras like these? Let’s take a look at the science and then the question, what does it mean to be human?

The science involved in creating chimeras is actually amazing! It entails the use of two of the greatest discoveries in the new millennium: induced pluripotent stem cells (iPSCs) and CRISPR/Cas9 gene-editing.

In 2007, a team of scientists discovered that a fully differentiated human skin cell (dermal fibroblast) could be reprogrammed back into an undifferentiated, unspecialized type of cell with the addition of only four proteins, known as transcription factors (TFs). These TFs affect chromatin structure and gene regulation. During a skin cell’s development and differentiation, some genes are shut off and tucked away, but adding the four TFs changes this. 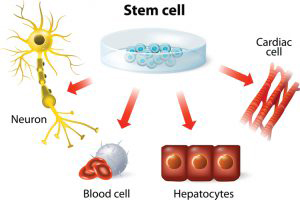 The undifferentiated cells can be induced to develop into different kinds of specialized cells—not just skin cells, but cardiac and neural cells as well. They have the ability to develop into any kind of cell because every human cell contains all the genes necessary to specialize into all 200 types of cells found in humans. These reprogrammed, undifferentiated cells are known as iPSCs.

The second discovery, CRISPR/Cas9, is a powerful tool for gene-editing. With CRISPR/Cas9, researchers can target genes rather specifically, changing a particular gene sequence or adding or removing particular genes to or from a genome. (For more of my thoughts on human genome editing, see “Imago Dei and the Ethics of Gene Modification” and “Exploring the Human Genome: Can We Make Predictions from Infancy?”)

Modern Chimeras Are Not Greek Myths

CRISPR/Cas9 and iPSCs are being used by researchers in California (and Minnesota) to create pig-human chimeras (or sheep-human chimeras) in an attempt to use animals to produce human organs as potential transplant donors. In one set of experiments, researchers use CRISPR/Cas9 to remove a necessary gene for normal development of the pancreas in pig embryos. When these embryos are at the blastocyst stage, the researchers inject the developing embryo with human iPSCs. Their hypothesis is that in the absence of a porcine (pig) pancreatic gene, the human iPSCs will develop into a human pancreas. That’s the hope, but the reality is that the human cells could end up in any organ of the developing pig. The concern of a few is that the human cells might end up in the developing brain and result in some type of increased intelligence or self-conscious pig.

The attempt to use animal products for human therapeutics or transplants is age-old. Significant hurdles exist primarily due to the human immune system’s reactions against the animal product or organ, leading to illness or death. However, if someone in need of a transplant could be the cell donor for production of customized iPSCs, and if their iPSCs could be used to produce specific organs in animals such as pigs, then these organs should not trigger immune rejection upon transplantation. This could be the holy grail of organ transplants! In the future, maybe no one need die from lack of an available organ. And gone will be the days of needing immunosuppressive drugs for transplant recipients. 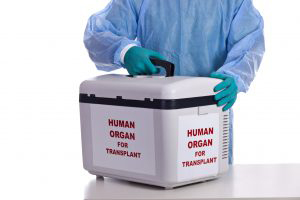 Not Ready for Transplant Yet

There are other hurdles to overcome before wide use of animal products for human transplant becomes a reality. Animals contain endogenous viruses that may be harmful to humans. And animal-derived blood vessels might create anatomical hurdles to successful transplantation. Certainly, stray porcine cells will be present in the transplanted tissues, but will they be significant enough to generate an immune response? Some of these potential obstacles may be overcome with the same CRIPSR/Cas9 technology, which can edit out endogenous viral sequences and/or porcine tissue antigens that are targets for human immune responses. Maybe human iPSCs could also develop into human blood vessels if CRISPR/Cas9 is used to delete blood vessel genes in the pig embryos.

Before we tackle additional problems, it’s still not certain whether pig-human chimeras will develop the way researchers hope. They’ve been creating the chimeras since 2014 and implanting the embryos into sows, allowing them to grow and develop until day 28. At day 28 they surgically remove the growing embryos that have developed to the stage where organ formation has begun. They are then able to see where the human iPSCs have gone and whether the embryos are developing the desired human organs. No reports have yet been released as to the findings from these ongoing experiments.

I’m skeptical that the attempts will work as hoped, primarily because iPSC differentiation is not just about reprogramming cells into a pluripotent stage but also about inducing the right kind of differentiation in vivo. As cells undergo differentiation, they are affected by intrinsic as well as extrinsic factors. Much is unknown about the mechanisms controlling these factors during differentiation, and there is plenty of room to speculate that the necessary extrinsic factors for human iPSCs to develop into a human pancreas will not be properly regulated in a developing pig embryo. Improper regulation of stem cells in other animal models actually leads to tumors (teratomas) that contain multiple types of tissues in a jumbled, tangled mess. The lack of proper regulation (intrinsic and extrinsic) is likely to result in disease rather than an “organs-for-transplant” jackpot. So I’m skeptical. But many things that others have been skeptical about in the beginning have actually worked, even when scientists don’t fully understand how they work. So let the experiments continue and we’ll see what happens.

Although I’m skeptical about achieving specific human organ growth, I’m downright confident that we will not achieve a philosophizing, self-aware pig in the process.

Hopefully you’re wondering why I’m so confident. It’s because I am a philosophizing scientist who is a substance dualist, not a materialistic reductionist. I explain below.

There are basically two schools of thought on what makes us human. One (materialistic reductionist view) is that human consciousness is an emergent property of underlying physical and neurochemical reactions. The other is that there is something substantially different between humans and other animals (substance dualism view). Humans are spiritual beings, not just physical beings. We are made in the image of God. Our free agency and self-determination are not just complex illusions but part of our God-given nature, foundational to our ability to relate back to God and to choose to follow his will or our own.

Now, obviously some animals are intelligent, willful, and emotional, even soulish (e.g., birds, dogs, and even pigs). And these animals make great pets in part because they can form emotional attachments with us humans. Yet these animals are not spiritual beings who can make moral determinations. There is no indication of abstract reasoning, imagining, planning for complex temporal outcomes, or development of highly symbolic language in these creatures. All these activities are unique ways in which we humans differ substantially and substantively from other organisms, not just by degree but by kind, reflecting the imago Dei.

So, let’s eagerly await the reports, anticipating possible solutions in the ongoing quest for suitable human organs. But let’s not lose sleep over a potential problem of philosophizing pigs.

Did Adam and Eve really exist? Some people say no. They view the biblical account of humanity's beginning as mythical. However, recent scientific advances...
Human Origins & Anthropology

I’ve been addressing a potpourri of topics on my podcast, Straight Thinking. The goal of the podcast is similar to Reflections’: highlighting the importance...
Theology

1917: A Movie about Choices, Character, Courage