The world’s largest gravity wave telescope (see figures 1 and 2 below), the Laser Interferometer Gravitational-Wave Observatory (LIGO), just received a major upgrade. Now, the LIGO Scientific Collaboration team has announced results from the first observing run of Advanced LIGO. In a preprint1 posted just days ago on the arXiv site, the team reported that they had measured the energy density of gravitational waves with 33 times more sensitivity than all previous attempts. 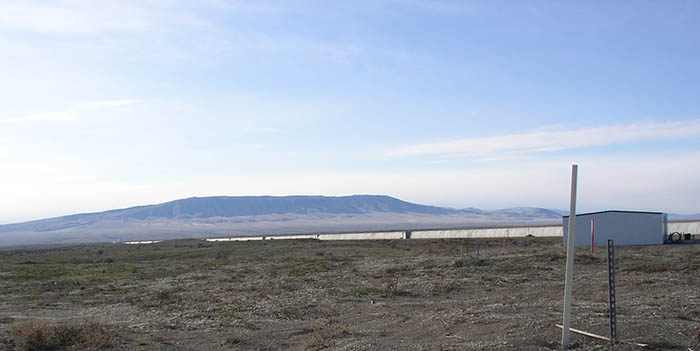 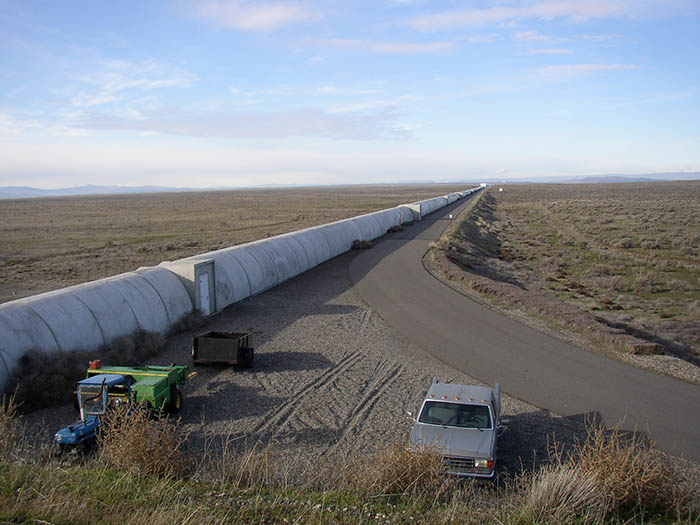 
The LIGO Scientific Collaboration team did not actually detect the energy density of gravitational waves. However, they did establish a highly constrained upper limit on the maximum possible contribution that gravity waves make to the total density, or “stuff,” that comprises the universe.

With 95 percent confidence, the LIGO Scientific Collaboration team says they’ve established an upper limit for Ωgw < 1.7 x 10–7. This very tiny maximum possible value means that the gravity wave energy density has no meaningful impact on the total cosmic density or the dynamics of the universe. That is, it plays no significant role either in the early history of the universe or in its future. It is one less thing we human beings need to worry about.

Knowing that Ωgw has a trivial value helps astronomers in their quest for the holy grail—density. Thanks to detailed maps of the cosmic background radiation (the radiation remaining from the cosmic creation event) and detailed maps of galaxies and galaxy clusters, they already know that the geometry of the universe is either flat or very close to flat. Four sets of measurements yield Ωk = –0.0005±0.0012.2 They also know that Ωr has a very small value. Analysis of the Wilkinson Microwave Anisotropy Probe (WMAP) map of the cosmic background radiation yields Ωr = 8.52 x 10–5.3. These measurements mean that astronomers need focus only on Ωm and ΩΛ to determine which cosmic creation model is correct.

As I mentioned in a previous blog article, astronomers possess multiple independent observational tools for directly measuring  ΩΛ.4 These direct measuring tools leave no doubt that dark energy is the dominant contributor to Ωtotal. However, the most accurate measure of ΩΛ comes from the simple subtraction: ΩΛ = 1.0 – Ωm – Ωk. An arithmetic mean of 12 recent independent measurements of Ωm yields Ωm = 0.293±0.011.5 Therefore, ΩΛ = 0.708±0.012.

For more than two decades many atheists and virtually all young-earth creationists have been adamant in denying the existence of dark energy. Atheists do not like dark energy because it implies a relatively recent cosmic beginning. It implies a beginning so recent as to defy a naturalistic explanation for the origin of life and a history of life that makes possible the origin and existence of human beings who attain a global high-technology civilization.

Another reason they do not like dark energy is the fine-tuning design it implies. Philip Ball, an atheist physicist and former senior editor for the British journal Nature, in an interview he conducted with three theoretical physicists about a paper they had just written, quoted the three theoretical physicists as saying in regard to dark energy, “Arranging the cosmos as we think it is arranged would have required a miracle.”6 In the same interview the three physicists said that the existence of dark energy would imply that an “unknown agent intervened in the evolution [of the universe] for reasons of its own.”7 The three physicists concluded their paper with these words, “Perhaps the only reasonable conclusion is that we do not live in a world with a true cosmological constant.”8 Cosmological constant is another term for dark energy.

Young-earth creationists, too, wish that dark energy would go away. They wish it, however, for a reason opposite to atheist scientists. If dark energy is real, it makes the universe too old for their interpretation of the Genesis 1 creation days and the Genesis 5 and 11 genealogies.

Like it or not, dark energy is real. With a measure as accurate as ΩΛ = 0.708±0.012 there no longer is any rational basis for doubting its existence. In fact, it makes up more than two-thirds of the universe. And, those of us who believe in the God of the Bible should really like it. It implies that the universe has a beginning in finite time just like the Bible repeatedly declares. Furthermore, the fine-tuning design it implies means that a known Agent who can operate from beyond space and time has miraculously intervened in the history of universe for reasons of his own. Aren’t you glad you are alive in the twenty-first century to witness such amazing revelations from the book of nature (Psalm 97:6)?

Length. Width. Height. Duration ... That fourth dimension is laden with implications about our very existence.
Astronomy

When I first arrived in Pasadena for postdoctoral research at Caltech, the haze of Los Angeles smog was so thick that it was several...
Bible

Can We Travel outside Our Solar System?

How do you get to a planet orbiting another star? The Millennium Falcon would simply make a jump to light speed. Although creators of...
Astronomy