During the Middle Ages and especially in Arthurian legend, the quest for the Holy Grail, the cup from which Jesus drank at the Last Supper, became the consuming passion of nobles. They were driven by belief that the cup possessed miraculous healing powers. Today, many astronomers passionately pursue a different Holy Grail. Their quest—to find a planet sufficiently like Earth to support life, perhaps even advanced life. The discovery of such a planet could, some believe, hold the power to deliver humanity from our cosmic loneliness, from our isolated existence on this pale blue dot.

Many of these modern-day Galahads and Lancelots, aware that life arose as soon as the late heavy bombardment subsided enough for liquid water to remain, assume that wherever liquid water exists, life exists also. Such reasoning explains astronomer Steven Vogt’s excitement at a recent news conference announcing the (presumed) discovery of Gliese 581g, a planet with a predicted surface temperature (at two longitudes only) that would allow for the presence of liquid water. Vogt exclaimed, “[G]iven the ubiquity and propensity of life to flourish wherever it can, my own personal feeling is that the chances of life on this planet are 100 percent.”1

Since that announcement, Bayesian analysis (application of a statistical technique) has negated the existence of Gliese 581g.2 And, at the same time, two noted astronomers have challenged the familiar ubiquity-of-life hypothesis.3 It’s one thing, they note, for life to arise just as soon as conditions would allow for its survivability, but it’s another for that initial, relatively simple life to give rise to a species (in just 3.8 billion years) sufficiently advanced to research and recognize its (first life’s) early emergence. Using the same Bayesian analysis technique, these astronomers concluded that life must be “arbitrarily rare in the universe.”4

How do astronomers go about their quest of finding and determining the features of other planets? They use one of these two methods: the radial velocity method and the transit method. The radial velocity method calibrates the degree to which a distant planet’s gravity alters the position of its host star as it orbits that star. This method works best in detection of huge planets positioned relatively close to their host stars. The transit method, on the other hand, measures the degree to which a planet dims our view of its host star’s light when passing in front of that star. This method works only if the plane of the planet’s orbit is aligned with the telescope’s line of sight. But this method can detect both large and small planets.5

To date, researchers have identified about 1,800 planet candidates outside our own solar system and have been able to measure the characteristics of nearly 700 confirmed planets (at the date of this publication).6

Holy Grail pursuers fix their gaze on the super-Earths. The three smallest are HD 20794c, Kepler-11f, and Gliese 581e, which range from two to two-and-a-half times Earth’s mass. All three are <i>hot</i> planets orbiting too close to their host stars to permit the presence of liquid or frozen water. Two larger super-Earth planets, Gliese 581d and HD 85512b, may possibly be more favorable to water’s presence.

While Gliese 581d is at least seven times more massive than Earth, it orbits a star much less massive than the Sun at a distance of about 20 million miles and receives only 35% of the energy Mars receives from the Sun. Given its mass, Gliese 581d likely possesses a thick atmosphere. Two different research teams have calculated that if Gliese 581d contains the expected level of carbon dioxide in its atmosphere, CO² would trap enough heat from the host star to sustain a temperature above water’s freezing point.7 However, Gliese 581d is tidally locked to its host star; therefore a liquid-water-permitting temperature, if it exists anywhere on the planet’s surface, would be present at only two tiny locations. 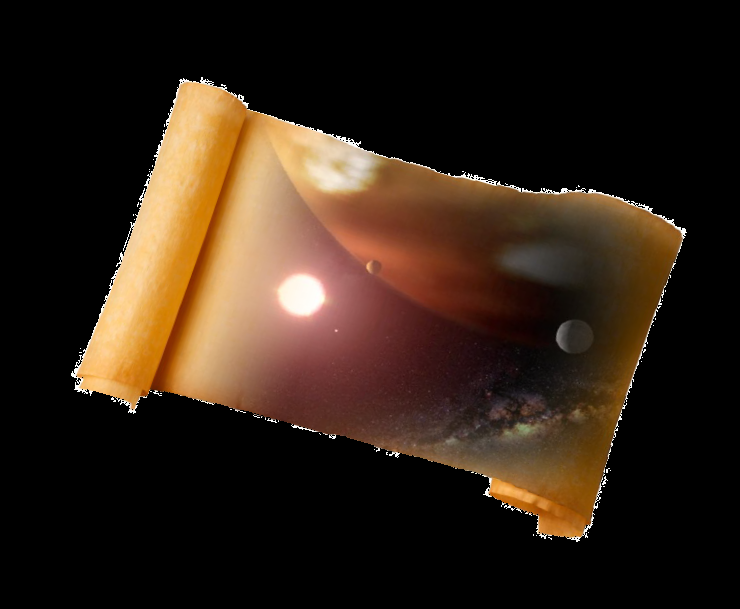 The possibility of an extremely heavy atmosphere around Gliese 581d seems reasonable. Heavy atmospheres appear to be the norm for super-Earths. Even planets orbiting so close to their host stars as to reach temperatures of 2,000+°K (and thus drive off most of their atmospheric constituents) would possess atmospheres exponentially thicker than Earth’s.8

(As one research team observed, super-Earths, because of their very thick atmospheres, would be more appropriately termed “mini-Neptunes.”9)

Ultra-thick atmospheres do not necessarily rule out the existence of archaea or bacteria on a planet’s surface, but they certainly rule out advanced life. Lungs cannot function for very long in atmospheric pressures exceeding Earth’s by even just three times. Furthermore, thick atmospheres imply lots of water, far too much water for continents and oceans to coexist. Then there is the matter of partner planets. The existence of advanced life requires more than an exact Earth twin. It requires a planet accompanied by nearly exact analogues of Earth’s
seven planetary partners.10

Planets roughly the size, mass, and distance from their host stars as Earth may eventually be found and may even prove abundant. However, Earth-like planets with the same atmospheric conditions, ocean-to-continent ratios, and elemental abundances as Earth, with a star as luminous and stable as the Sun, and with the necessary suite of planetary partners, are either extremely rare or, more likely, altogether nonexistent (unless specifically designed by the Creator).

This conclusion is consistent with the Bible’s message that God supernaturally designed the Sun, the Earth, our planetary partners, and Earth’s earlier life-forms to provide a suitable (though temporary) home for humanity. And, if we consider the angels, humans are not really alone in the universe. Better yet, the Creator Himself of this wondrous habitat has personally visited, in human form, bearing the name Immanuel,11 which means “God with us.” And He made a promise to those who worship Him: “I will never leave you or forsake you.”12

Many animals—migratory ones in particular—possess the ability to use Earth’s magnetic field as a natural GPS. Although some scientists attribute this feature to evolution,...
Geology & Earth

The End of Civilization As We Know It? Part 1

Not a week goes by that I don’t get at least three questions about global warming. Frequently, what underlies these questions is a concern,...
Biology

A Partial Review of the Book, Theistic Evolution