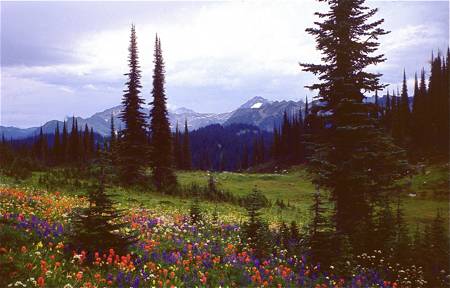 Figure 1: Mountain Meadow in a Remote Part of Kootenay National Park, British Columbia
All the vegetation imaged in this photograph, including the trees, are flowering plants. Take away such plants and the above scene transforms from an inspiring landscape of beauty into a drab moonscape of grays and browns.
Image credit: Hugh Ross

Paleontologist Kevin Boyce and climate modeler Jung-Eun Lee, both at the University of Chicago, recently discovered that flowering plants contribute much more than romance and beauty to humanity’s wellbeing. They uncovered evidence suggesting that without flowering plants, human civilization would not even be possible.

Boyce and Lee found that a world without angiosperms (flowering plants) would not only be drab and uninspiring but would also be much drier, hotter, and lacking in species diversity.1 The researchers noted that angiosperms transpire water to the atmosphere about four times more efficiently than other species of plants. Transpiration refers to the process by which plants draw up water from the soil through their roots and then release much of that water to the atmosphere through evaporation from the stomata in their leaves. Because all angiosperms are vascular, they are endowed with lignified tissues (xylem and phloem) for the efficient conduction of water and minerals throughout the plant.

First, Boyce and Lee determined that about ten percent of all the water in Earth’s atmosphere is the result of flowering plants’ transpiration. Next, they built a detailed climate model where they replaced this contribution from flowering plants with the expected input from other kinds of plants. Their “world without angiosperms” model revealed a 30–50 percent decline in precipitation in the eastern portion of North America and a reduction in the size of the Amazon rainforest (see Figure 2 below) to just one-fifth its present size. (The Amazon rainforest accounts for over half of the global tropical rainforest area.) Their model showed that surface temperatures, particularly in tropical regions, rose substantially due to the lower rates of evapotranspiration. The most devastating loss, as indicated by their model, was a catastrophic drop in the number of plant and animal species that Earth’s surface would be capable of supporting. The model showed a strong correlation between rates of precipitation and the number of sustainable species. 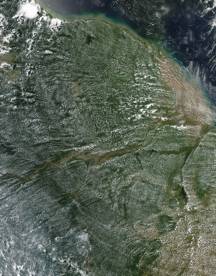 Figure 2: Transpiration Clouds over the Amazon Jungles
Virtually all the clouds in this satellite image of the eastern Amazon rainforest are the result of transpiration.
Image credit: NASA

Flowering plants became the predominant species on the continental landmasses 145.5 ± 4 to 65.5 ± 0.3 million years ago during a period known as the Cretaceous geological era or the angiosperm revolution. It seems the Creator delayed this revolution until about 100 million years ago because angiosperms yield a factor of two or three times more efficient erosion of silicates into carbonates and sand (a reaction that removes carbon dioxide from the atmosphere) than do other plants. Introducing angiosperms too early would have overcompensated for the increasing luminosity of the Sun by removing too much carbon dioxide from Earth’s atmosphere.2

Humanity arrived on the terrestrial scene about 100 million years after the angiosperm revolution. Boyce and Lee’s model demonstrates why the Creator would wait this time before introducing humans to the environment. Thanks to the resources built up by many millions of years of flowering plants dominating the continents, humans could quickly launch and sustain global high-technology civilization. As Boyce and Lee point out toward the end of their paper, the established importance of flowering plants is a wake-up call to humanity to do what is necessary to preserve the tropical and temperate forests of the world. It also is a wake-up call to recognize how carefully and generously God designed Earth and all its life for the specific benefit of human beings.

Origin of Hemoglobins: A Repeated Problem for Biological Evolution

It’s football season again! And one of the big questions on every fan’s mind is, Can the New Orleans Saints repeat as Super Bowl...
Evolution

Another Disappointment for the Evolutionary Model for the Origin of Eukaryotic Cells?

We all want to be happy. And there is no shortage of advice on what we need to do to lead happy, fulfilled lives....
Biology