I have a tendency to lose my reading glasses. Yet (with my husband’s help), I usually discover that they are in plain sight. Researchers may have felt like this recently when they discovered that a supposed pseudogene—which they have been aware of since the 1980s—is in fact a functional gene.

The gene masquerading as a pseudogene is dihydrofolate reductase-like 1 (DHFRL1).1 The apologetics value of this discovery is related to its’ previous status as a pseudogene, a class of so-called junk DNA. Traditionally, many scientists have considered junk DNA as proof of evolution. The argument goes like this, “Why would a creator include non-functional DNA in a genome? This non-functional DNA is present only because the organism inherited it through the evolutionary process.” When supposedly functionless DNA is found to be functional, the argument in favor of evolution is no longer valid.

Over the past several years, researchers’ understanding of “functionless” genome segments’ roles, like repetitive DNA and introns, has undergone enormous upheaval. In addition, scientists have made substantial progress in the discovery of regulatory roles for RNA produced from pseudogenes. But progress in identifying pseudogenes that serve as templates for protein production has moved more slowly. Examining the case of DHFRL1 shows why.

The tenets of molecular biology posit that genes in complex organisms possess a particular form that includes the presence of introns (figure 1) in pre-mRNA. Some pseudogenes, like DHFRL1, don’t have introns. Therefore, researchers assumed these pseudogenes couldn’t be functional. Thanks to DHFRL1, the paradigm needs to be adjusted to accommodate the reality of functional genes lacking introns. This change may lead to more rapid discoveries of protein-producing pseudogenes and put an end to this argument in favor of evolution. 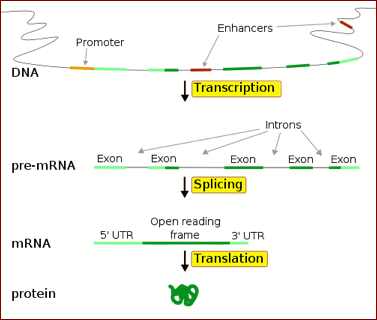 DHFRL1 is also important biologically because the protein it produces performs the same activity as dihydrofolate reductase (DHFR), which is responsible for the conversion of folate into its biologically active form, tetrahydrofolate. Without folate and tetrahydrofolate, cells cannot synthesize new DNA, cells cannot divide, and an organism can’t grow. That’s why so many processed foods contain folate—to ensure that pregnant women and children receive plenty of this essential nutrient.

So, not only is DHFRL1 a functional gene—countering evolutionary arguments to the contrary—its protein appears to be very well designed to carry out important cellular needs. All in all, a wonderful treasure hidden in plain sight.

When we think about volcanoes, the images that typically come to mind are violent eruptions that devastate the surrounding landscapes and bring death or...
Biology

The quest to find hot spots has also become part of molecular geneticists’ daily routine. But instead of looking in coffee shops, cafés, etc.,...
Biology