When I pick up a book (written by a single author) that claims to offer a balanced view of contentious topics within Christianity, my default attitude is skepticism. Many times, the author has an ax to grind. He or she attempts to disguise any bias by presenting all sides of the issue, but often leaves out important information or makes straw men of all but his or her preferred view.

Yet, despite frequent let-downs, I’ve held out hope for an objective and accurate portrayal of the raging debate over the proper way to integrate (or separate) science and Christianity. So when Dr. Gerald Rau’s book, Mapping the Origins Debate: Six Models of the Beginning of Everything, made its debut in late 2012, I immediately added it to my must-read pile. I opened it with a hyper-critical eye, expecting disappointment, at the same time hoping to be pleasantly surprised. With the very first page my hopes rose. In the preface, Rau writes:

This book presents the full range of possible models [regarding creation and evolution] and demonstrates how our religious and philosophical presuppositions, rather than the evidence, dictate our preference….Those who are specialists in one area or have read widely in this field will undoubtedly feel this book is too simplistic, overlooking important distinctions, missing vital nuances or not presenting enough details. Please forgive me, but this book is not intended for you. It is a simple map to help high school or college students find their way through hotly disputed territory, to guide their journey from the one-sided and greatly oversimplified arguments they have heard in science textbooks or church sermons to the depth of scientific, theological and philosophical literature that exists.

As a reader who did graduate work in science and religion, I understand what Rau means by his caveat. I found only a handful of instances that caused me to pause and think, “Hm, he should have further discussed this philosophical point or more precisely defined this term.” Overall, I can’t imagine a better or more accessible treatment of this subject in the space of only 200 pages (plus charts and a glossary).

True to its title, the book functions as a precisely drawn map, flowing logically and using well-defined subheadings that keep the reader on track from beginning to end. At first, I was incredulous about Rau’s suggestion that there are just six viewpoints on the origins of the universe and life. Personally, I believe that there are about as many views on origins as there are Christians who hold a view. But my incredulity was unfounded; the main categories Rau covers actually do encompass most every nuance I’ve heard of. They are:

Rau sets forth the chief evidence related to the four areas of origins (origin of the universe, origin of life, origin of species, and origin of man) and discusses it in light of each model’s interpretation of the data. This is the main (and best) feature of the book. Rau does a bang-up job of describing how each camp handles the evidence and the philosophical and theological presuppositions that dictate their approach to the scientific data.

The tables at the back of the book are excellent; I am a visual learner and found these features appealing. The glossary is tremendously helpful for anyone unfamiliar with the subject of origins. I confess that, though I tried, I could not quite put my finger on Rau’s personal view (though I did notice the book received an endorsement from prominent theistic evolutionist Karl Giberson). This speaks to how hard Rau worked to suppress his own bias.

Later this week, Melissa will conclude her review with a list of disagreements she had with Rau’s writings and with her overall recommendation to interested readers. Check out the RTB review of Melissa’s own science-faith book for children, How Do We Know God Is Really There? 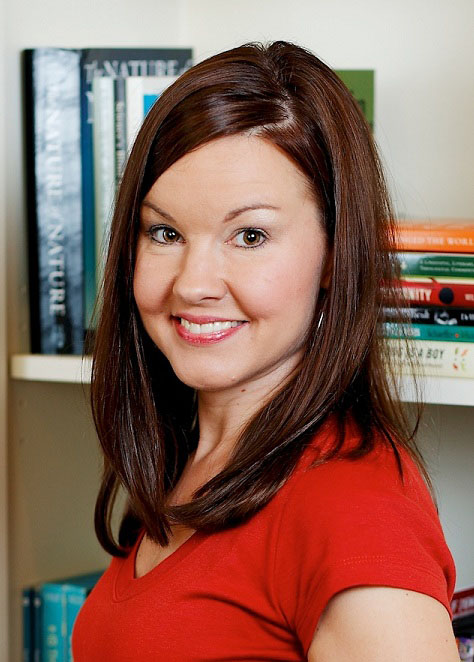 Melissa Cain Travis received her MA in science and religion from Biola University in 2012. She is an independent scholar specializing in science-faith integration and author of the children’s book, How Do We Know God Is Really There? She resides in The Woodlands, Texas.

The Christian church has been graced with brilliant and influential thinkers since its inception. A “who’s who” of such individuals includes the Apostle Paul,...
Theology

Life’s Layers of Complexity: When All Isn’t All

Looking back on 2018, I give thanks for the blessings God has rained upon me. I can’t help but think how my vision of...
Evolution

Support for Biblical View of Marriage

Scientific data verifies what the Author of the Bible knew millennia ago—marriage promotes prosperity. The first human relationship defined in the Bible is...
Theology