In the first chapter of Genesis, God instructs mankind to “Be fruitful and multiply; fill the earth and subdue it” (Genesis 1:28). Some commentators say that the last part, “subdue it,” means “to exercise great care over.” It stands to reason that exercising great care includes learning as much as possible about our planet that allows us to flourish as God intended for his human creatures. Accordingly, scientific development of space technologies continues to reveal special features of our home planet which make that thriving possible.

Hugh Ross’s book Improbable Planet explains in intricate detail how the composition, climate and the geophysical and biological history of Earth are fine-tuned for human civilization. But humans have done much more than exploit Earth itself. We have sent spacecraft to the Moon, to all the other planets, and beyond the solar system. This spacefaring capability has been an enormous benefit to human well-being.

Is there something different about our planet that makes space exploration possible? Could a civilization on a “potentially habitable” exoplanet find similar success?

To date, over 4,000 extrasolar planets have been discovered. Of these, certain types, such as super-Earths and some planets around M-stars, are thought to be potentially habitable, perhaps even hosting technological civilizations. That possibility has led some scientists to compare the spacefaring potential of those exoplanets to what has been achieved by our Earth-based civilization.

Astrophysicist Michael Hippke found that getting a satellite into orbit from a super-Earth would require an exponentially more massive rocket than if launched from Earth.1 For example, on a typical super-Earth with a radius 1.6 times that of Earth, it would require a rocket approximately the mass of the largest ocean battleship in order to put the James Webb telescope into orbit. The atmosphere of a super-Earth would be denser and extend higher, making the rocket motor much less efficient compared to a flight from Earth. In addition, it would be very difficult to land and recover the massive first-stage booster, as SpaceX is doing with its Falcon rockets.

Launching orbital satellites from planets in the habitable zone around M-stars (a common type in the solar neighborhood) would be somewhat comparable to that from Earth. However, Harvard astrophysicist Abraham Loeb and his colleague found that despite their much smaller host star, these planets require a much greater velocity in order to escape into interstellar space.2 That’s due to their close proximity to their star. The speed would be 50% greater than from the orbit of Earth around the Sun.

Loeb assessed Earth’s ideal situation by saying, “we inhabit a platform from which we can escape easily into interstellar space. . . . This miracle allowed our civilization to design missions, such as Voyager 1 and 2 or New Horizons, that will escape from the solar system.”3

A Just-Right Solar System for Exploration

We have come to take for granted remarkable interplanetary spacecraft, spaced-based global communications, and Earth monitoring. However, some of those achievements would not have been possible were it not for special features of our planet, Sun, and solar system. Here are some examples.

Scientists have shown that habitable conditions on a planet similar to Earth are dependent on a proper rotation rate of the planet—one that’s just-right for the planet’s atmosphere, oceans, continents, and energy flux from its sun.4 If the rotation is appreciably faster than Earth’s, the equator-to-pole temperature differences will be large, resulting in a less suitable global climate. A rotation equal to or slower than Earth’s will result in a more globally uniform climate. However, with a slower rotation rate than Earth’s, a geosynchronous satellite would be much farther from the planet, resulting in less efficient communications, less resolution for planet monitoring, and much more expensive satellites. 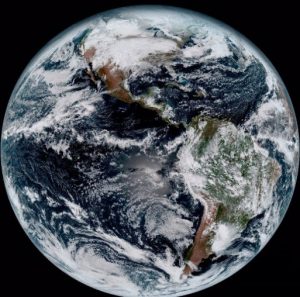 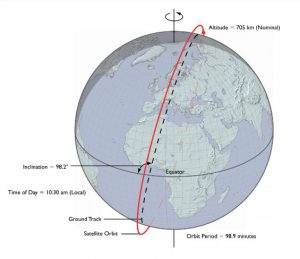 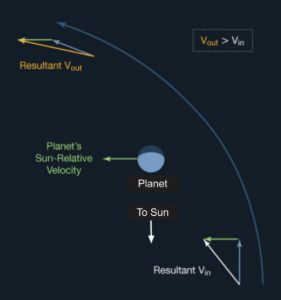 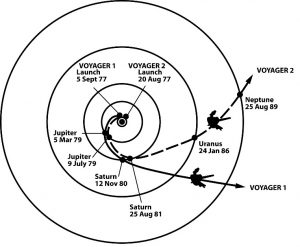 With the Command Came the Resources

When God told humans to “fill the earth and subdue it,” that was not just a command. It was also a prophecy that we see being realized today, and we see evidence that God gave humanity ample means to do it. In this way we can view these achievements in space as additional evidence of the accuracy and authority of the Bible.

Earth’s neighbor Mars has created a lot of discovery-driven headlines lately. In one, scientists found seasonal variation of methane in the atmosphere. In another,...
Geology & Earth

NASA just announced the discovery of the largest ever batch of Earth-size, habitable-zone planets around a single star, 39 light-years away ... Just how Earth-sized...
Astronomy

Evidence for an early period of intense meteoritic impacts on Earth continues to grow. From 4.1 to 3.8 billion years ago, these events would...
Astronomy