Recent research establishes that in order for advanced life to exist on Earth, the solar system must start with two gas giant planets (Jupiter and Saturn) and three ice giant planets (Uranus, Neptune, and another planet approximately the size of Neptune). As Jupiter and Saturn and, to a lesser degree, Uranus and Neptune migrate in toward the sun, stop their inward migration, and then begin to migrate outward from the sun (see figure 1), one of the ice giant planets gets ejected from the solar system. 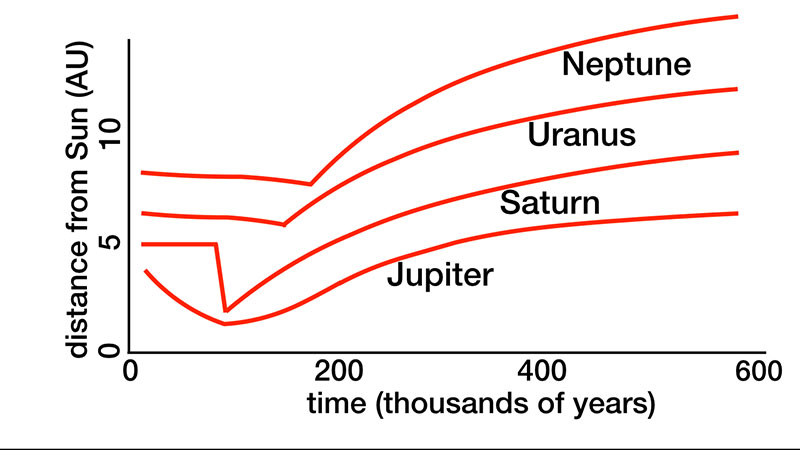 Figure 1: Inward and Outward Migration of the Outer Planets That Gave Rise to the Inner Planets’ Characteristics
The AU (astronomical unit) is the earth’s present distance from the sun. The zero point on the time line is from the beginning of the outer planets’ migration, which occurred early in the solar system’s history.

This ejection model, known as the modified Grand Tack, is the only model that successfully explains the current configuration of the solar system’s eight planets and five belts of asteroids and comets. As I explain in Improbable Planet, all eight planets and all five belts of asteroids and comets play a necessary role in making the advanced civilization that is required for billions of humans to hear and respond to God’s offer of redemption.

Five months ago, two Caltech astronomers published a possible discovery that could conceivably call into question the modified Grand Tack model for the early development of the solar system.1They announced that they had found “an unexpected clustering” in the orbits of several distant Kuiper Belt objects. The Kuiper Belt refers to a large population of comets and asteroids that exist beyond the orbit of Neptune.

The two astronomers calculated that the probability of the observed clustering of orbits being due to chance was only 0.007 percent.2 It was much more likely that the clustering is being maintained by a planet with a mass at least ten times greater than Earth’s on a highly eccentric orbit, where the planet orbits as much as 65 billion miles away from the sun. For comparison, Neptune orbits 2.8 billion miles from the sun. The two astronomers also showed how the presence of a massive planet at such a great orbital distance naturally explains the existence of Sedna-like objects in the outer solar system. Sedna is about 600 miles in diameter, orbiting the sun as close as three times Neptune’s distance from the sun and as far as 31 times Neptune’s distance from the sun.

In the June 20, 2016 issue of Astrophysical Journal Letters, the same two astronomers published an update on the characteristics of the solar system’s presumed ninth planet (“Planet Nine”) deduced from new measurements of the clustering of Kuiper Belt objects.3 They calculated that the planet’s mass likely lies between 5 and 20 Earth masses and that the planet’s orbit brings it as close as 50–125 times Neptune’s distance from the sun and as far away as 136–350 times Neptune’s distance from the sun.

With this update of the presumed ninth planet’s characteristics, two other astronomers, Benjamin Bromley and Scott Kenyon, tested to what degree and under what circumstances this ninth planet, if it were proven to actually exist, is compatible with the modified Grand Tack model.4 They found that the modified Grand Tack model yielded the same result for the final outcome of the sun’s inner eight planets and five belts of asteroids and comets, whether the third ice giant planet was completely ejected from the solar system or ejected into an extreme outer orbit compatible with the calculations determined by the two Caltech astronomers.

Bromley and Kenyon established that an ice giant planet scattered outward by the Grand Tack interactions with either Jupiter or Saturn can achieve the orbital features determined by the two Caltech astronomers for the presumed ninth planet through dynamical friction with a gas disk. However, they found that the gas disk can lead to a Planet Nine–like orbit only if the initial disk mass is one-tenth Earth’s mass or more.

Figure 2: The Ninth Planet
Above is an artist’s impression of the solar system’s hypothesized ninth planet that shows it eclipsing the Milky Way Galaxy with the sun to the upper right. The orbit of Neptune about the sun is shown as a small ellipse around the sun.
Image credit: Tom Rouen, European Southern Observatory

Rather than calling the modified Grand Tack model into question, the possible existence of Planet Nine (or its nonexistence) will strengthen the case for the Grand Tack model. It will also strengthen the implication from that model that among all known planetary systems, the solar system is unique in possessing the properties that enable the existence of advanced life. It will further strengthen the implication that the sun, its planets, and its belts of asteroids and comets all exhibit extraordinarily fine-tuned design features that are hallmarks of the power, mind, and purposeful intent of the supernatural, superintelligent God of the Bible.

Aliens From Another World? Getting Here From There

A rising challenge to Christianity, both within and beyond the borders of America, springs from the popular obsession with UFOs (unidentified flying objects) and...
Design