A well-designed home is a house where every room, wall closet, and cabinet of the interior has been configured to suit the specific needs and desires of the residents. For that to be possible, however, the house itself needs well-specified interior and exterior designs. What is true for our homes is also true for our galaxy, our galaxy cluster, and our supergalaxy cluster, and it seems that they all are well-designed indeed.

Laniakea Supercluster
Astronomers have known for more than three decades that galaxy clusters group together to make superclusters of galaxies. What astronomers lacked, however, was a means for unambiguously determining the boundaries between these superclusters. That lack was overcome in 2014 by a breakthrough analysis of a three-dimensional map of the positions and velocities of 100,000 nearby galaxies by a team of four astronomers, led by University of Hawaii’s Brent Tully.3

Tully and colleagues used the recession velocity measurements of galaxies in the Cosmicflows-2 Galaxy Catalogue. They subtracted contributions resulting from the expansion of the universe from the recession velocities, and the resultant “peculiar velocities” revealed the gravitational interactions that the galaxies exerted upon one another. Tully’s team noted that large-scale maps of galaxy peculiar motions exposed “basins of attraction.”

A basin of attraction is one where the peculiar velocity flow fields of huge aggregates of galaxies all flow toward one region. In other words, “the boundaries of a supercluster are defined by the places at which the velocity flow field points in different directions on either side of the boundary.”4 This technique yields the first specific definition of a supercluster of galaxies. Figure 1 shows how the peculiar velocities of the nearest 100,000 galaxies defines the extent of the local supercluster that is home to our MWG. Tully and his colleagues named this supercluster Laniakea—a combination of two Hawaiian words, lani and akea, which mean “heaven” and “immeasurably spacious,” respectively. 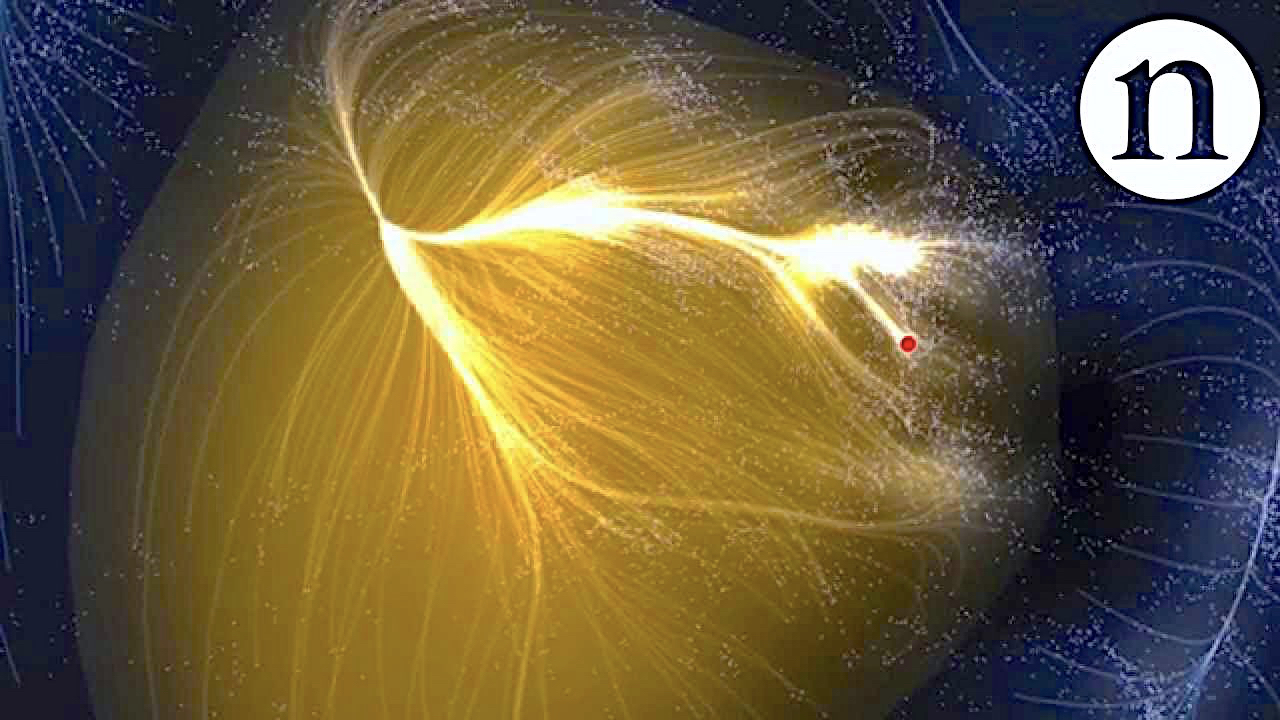 Figure 1: Peculiar Velocity Map of the Laniakea Supercluster of Galaxies. The yellow-orange lines show movements of galaxies toward the Great Attractor, the confluence point slightly above and left of center. The blue lines show movements of galaxies away from the Great Attractor. The boundaries between the yellow-orange and blue lines delineate the extent of the Laniakea supercluster. The red dot shows the location of the Milky Way Galaxy. Image credit: Institut de recherche sur les lois fondamentales de l’Univers 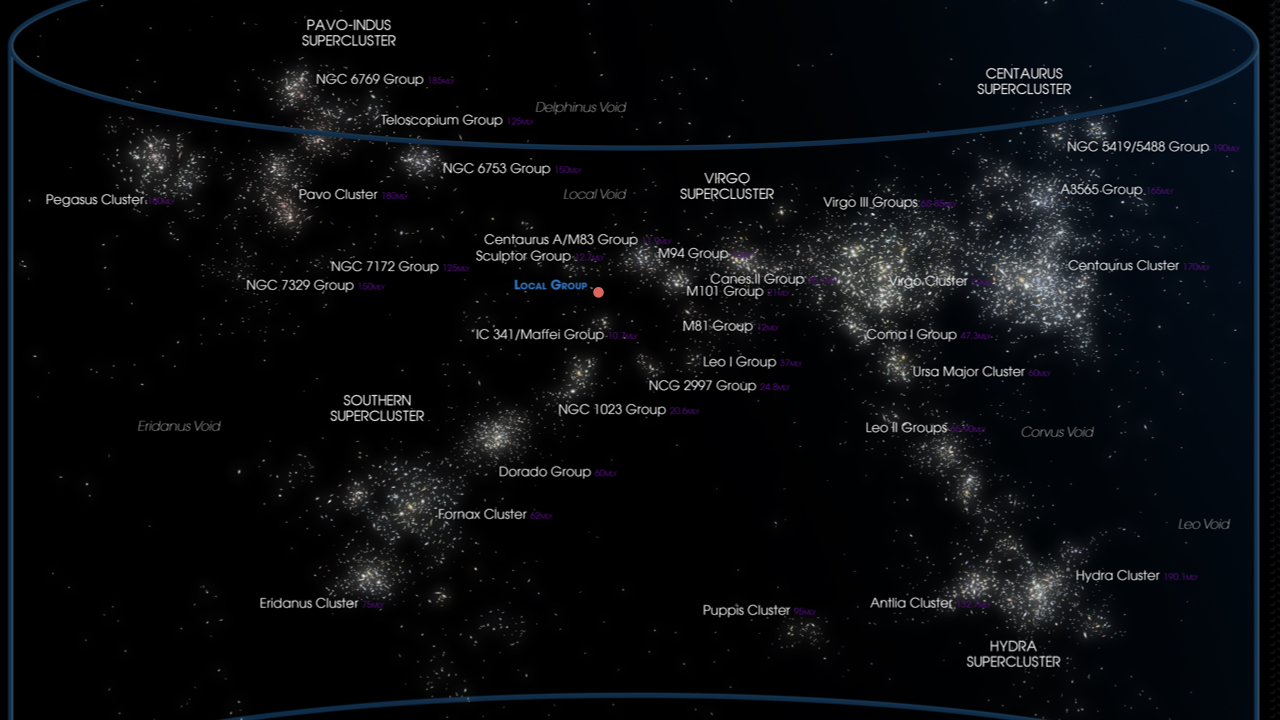 Figure 2: Map of the Galaxy Clusters Comprising the Laniakea Supercluster. The small red dot slightly above and left of center shows the position of the Local Group of galaxies of which the Milky Way Galaxy is a member. Image credit: Andrew Z. Colvin, Creative Commons Attribution

Design Features of the Laniakea Supercluster
The two relatively low-resolution images in this blog do not adequately display the design features of Laniakea that make advanced life in our MWG possible. Therefore, I have created a library of 26 images, 19 of which I derived from a 176-megapixel image graciously made publicly available by Andrew Colvin. The other 7 images include figure 1 above, 3 Hubble Space Telescope images, 2 maps of the Local Group galaxies that I created, and a COBE satellite image of the dipole structure of the cosmic microwave radiation background.

In my next blog (Supercluster Design, Part 2) I will use the new 26-image library to examine the design features of the Laniakea supercluster in which the Virgo Cluster, the Local Group, and the MWG reside. I will describe for lay readers what each image reveals about the structure of galaxy clusters, superclusters of galaxies, and/or the universe as a whole. I will also explain how their features establish fine-tuned designs that allow for advanced life in our galaxy—designs that more than hint at a Designer.

When we think about volcanoes, the images that typically come to mind are violent eruptions that devastate the surrounding landscapes and bring death or...
Biology

A casual look at the world of plants and insects may suggest that nothing much is going on, but the constant struggle is anything...
Design