Ongoing development in high-precision cosmology may soon provide yet even more compelling evidence for the supernatural origin of the universe. Astronomers’ ability to accurately measure distances to “standard candle” stars has been the limiting factor in their quest to build a precision model for the origin and history of the universe. However, a recent measurement has lowered this limit by a factor of nearly five times.1

Spectra (measurements of the different wavelengths of radiation) of the bodies provide high-precision measures of their velocities, sometimes to better than 0.001 percent. The limiting factor is the distance measurements. Presently, astronomers consider themselves fortunate if they have a distance measurement accurate to ±5 percent.

A direct distance measurement is one based on the plane geometry theorem students learn in high school. For any isosceles triangle, from knowledge of the length of the base of the triangle and the angles at both ends of the base, one can determine the distance to the vertex of the triangle (see figure 1). 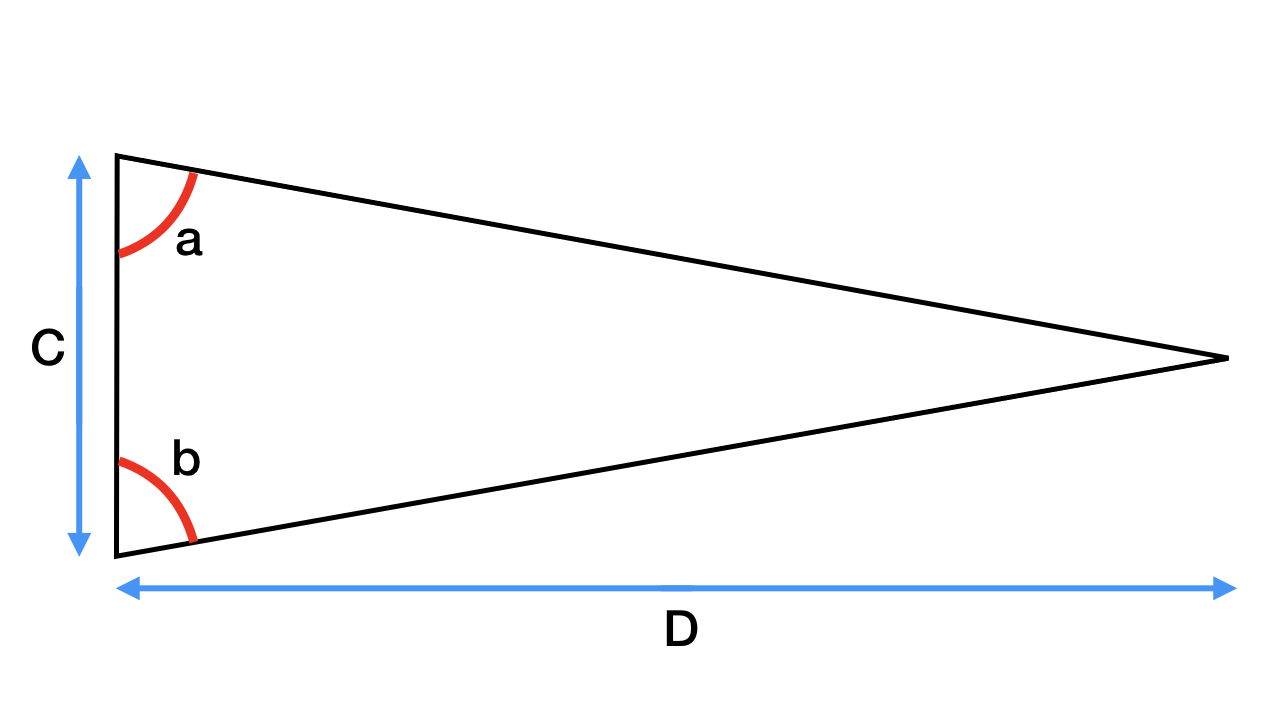 Figure 1: Geometric Distance Measuring Method. Measurements of the angles, a and b, and of the baseline distance, C, yields the distance to the vertex, D, free of any assumptions. Image credit: Hugh Ross 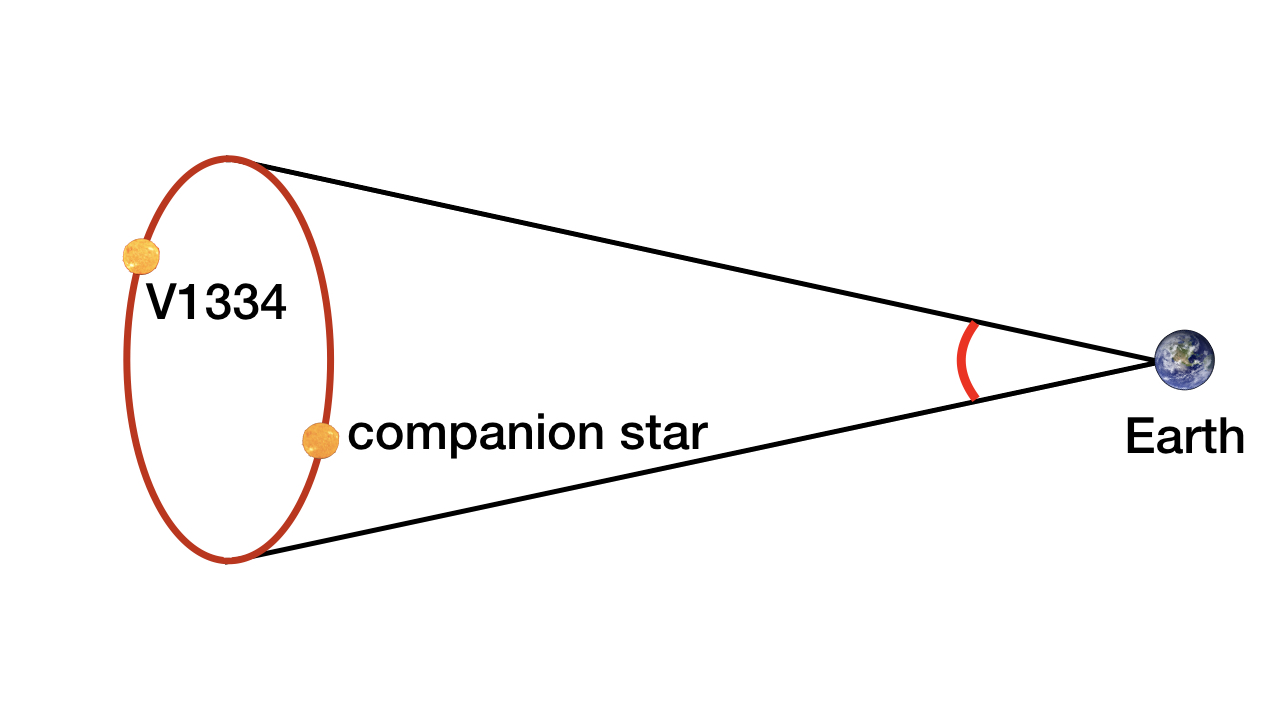 The most observationally challenging component of the distance measurement to V1334 was determining the angle subtended (viewed from the vertex) orbit as seen from Earth. The 21 astronomers gained unprecedented accuracy in this angular measurement through observations carried out from July 2012 to October 2016 using the best optical interferometer currently available. They used the Michigan Infrared Combiner (MIRC) installed at the Center for High Angular Resolution Astronomy (CHARA) located on Mount Wilson overlooking the Jet Propulsion Laboratory and the California Institute of Technology in Pasadena, California.

MIRC consists of six 1-meter-diameter optical telescopes placed in a Y-shaped configuration with two telescopes on each branch of the Y. The baselines of the Y can be varied from 34 to 331 meters. The angular resolving power of MIRC is 0.2 milliarcseconds, equivalent to the angular size of a nickel seen from a distance of 10,000 miles away and more than fifty times superior to the best-achievable resolution of the Hubble Space Telescope.

The astronomers’ measurements on V1334 rank as the first time that a binary Cepheid star was resolved both spatially and spectroscopically. They rank, by a factor of nearly five times, as the most accurate geometric distance ever made on a Cepheid variable star. The geometric distance the astronomers measured for V1334 = 720.35 ± 7.84 parsecs (2,349.46 ± 25.57 light-years). That is, the team achieved a distance measurement to V1334 accurate to ± 1 percent.

An important caveat noted by the team of 21 is that the companion star is sufficiently close to V1334 as to make separating its light contribution from that of V1334 challenging. Thus, it is premature to claim that a factor of five improvement in cosmic creation models has been achieved. Hence, the team calls for more MIRC observations of the V1334 system and to use MIRC to make observations on other binary star systems.

When Life From Mars Isn’t

When the Mars meteorite ALH-84001 discovered in 1984 in the Antarctic, was announced in 1996 it got a lot of media attention. Even President...
Astronomy

Design of Location of Baryons in Galaxies

American x-ray astronomers have provided more evidence for the supernatural design of galaxies and their surroundings for the benefit of life. They confirmed that...
Astronomy

Water Maser in Quasar is the Most Distant One Discovered

The recent discovery of a water maser in a distant galaxy will strengthen the biblically predicted cosmic creation model. Accurate distance measurements comprise a...
Astronomy