What’s in a name? That which we call a hipster by any other name would wear superfluous scarves.

Lately it seems this seven-letter word often gets slapped together with “Christian” and tossed around to describe churches, activities, and anyone who likes indie rock and skinny jeans. (I was even called one recently.) More often than not it’s used as an insult. So what’s in this name, “Christian hipster”?

Brett McCracken, author of Hipster Christianity: When Church and Cool Collide, offers a thoughtful explanation in the September issue of Christianity Today:

Hipster Christianity is in large part a rebellion against the very subculture that birthed it….[an] attempt to burn away the kitschy dross of the megachurch Christianity of their youth—with its ‘soul-winning’ at the expense of everything else—and trade it for something with real-world gravitas. 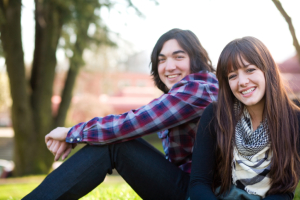 Those who embrace the movement (though not necessarily the name) would likely agree. Who wouldn’t want to be known for appreciating real-world gravitas? But one could argue that other members of the faith value “gravitas” in their own way. The big thing that separates hipsters from everyone else, it seems, is the how…and at what cost.

The how usually comes into question when we see our brothers and sisters in Christ acting like the very people we’re called to minister to. Yet similar to how ministries translate the gospel message for people groups around the world, the hipster method can be merely an attempt at interpreting and contextualizing biblical truth into the “heart language” of secular culture.

Still, just as with other communities and denominations within the Christian faith, there will be disparity among hipsters. Some might take a robust view of biblical authority, while others might carry a more lenient view—a point that would give pause to most believers. Before rallying for or against this (or any) segment of believers, consider asking key questions about a particular group’s theology and doctrine.

These important questions can help one determine whether a particular community’s driving force is merely to be hip or genuinely to introduce people to Christ.

So where do we draw the line? McCracken speculates whether “hipster Christianity goes too far in embracing worldly things—especially when those things arguably become stumbling blocks or idols in the Christian life.” Like an extreme response to Paul’s appeal to become all things to all men, some believers can become so fully immersed in worldliness that they lose sight of the goal—to preach the gospel. Yet in reading the verses leading up to Paul’s appeal, we see that he addressed this very point:

Whatever ministry Christians are called to pursue, we would do well to hold tight Paul’s caveat and be wise about which aspects of a particular culture we embrace and which we decline. “Christianity,” as RTB philosopher/theologian Kenneth Samples explains, “is not a culture. It’s trans-cultural. With that in mind, people needn’t wholly adopt a certain culture in order to coax those who don’t follow Christ.”

This distinction between methods and the driving force behind them was addressed during the NINES, a conference presented by Leadership Network. Shawn Lovejoy (not to be confused with this guy) noted, “We’ve focused so much on innovation that we forget about God’s work as the driver in our discussions for ultimate faith in practice.” Earlier in the conference, Brad Powelloffered the reminder that “eternity is always on the line….not what will make us cool or put us on the list.”

With that in mind, if the driving force behind any movement within the church is genuine and maintains the integrity of the gospel message, then perhaps one’s issue with hipster faith might just be with the implications of the name. Or as Shakespeare might’ve penned, “‘Tis but thy name that is my enemy; —Thou art thyself though, not a Montague.”

What’s your take on “hipster faith”? What does the church have to gain or lose from it?

Check out the 7-episode companion podcast to Kenneth Samples’ Without a Doubt. Also check out Brett McCracken’s book Hipster Christianity.

Search for the Sun’s Twin

The conclusion that Earth displays many unique, apparently designed, features that enable it to support life, and, in particular advanced life (known as the...

Today marks the opening of the twenty-first Winter Olympic Games, held this time in Vancouver, British Columbia. Athletes representing over 80 countries will compete...

Part one of this series suggested that – based on analysis of the Hebrew word rāqîa‘—an important part of Albert Einstein’s theory of general...