In Disney’s Bolt, the titular character (a canine “actor”) meets up with a couple of pigeons from Hollywood. Like everyone else in LA, these fast-talking birds have a movie to pitch, and it goes a little something like this:

Considering all the money raked in from alien- and UFO-themed blockbusters, the market for them has indeed been huge. And year after year the themes get darker, more sinister; the visual effects, more shockingly gory.

Back in my mom’s day, Close Encounters of the Third Kind may have been enough to beckon those curious about alien life-forms. But nowadays the only way to satiate sci-fi and horror hungry fans is with films like The Fourth Kind, which opens today. The movie’s fan page on Facebook asks this intriguing question, What do you believe? 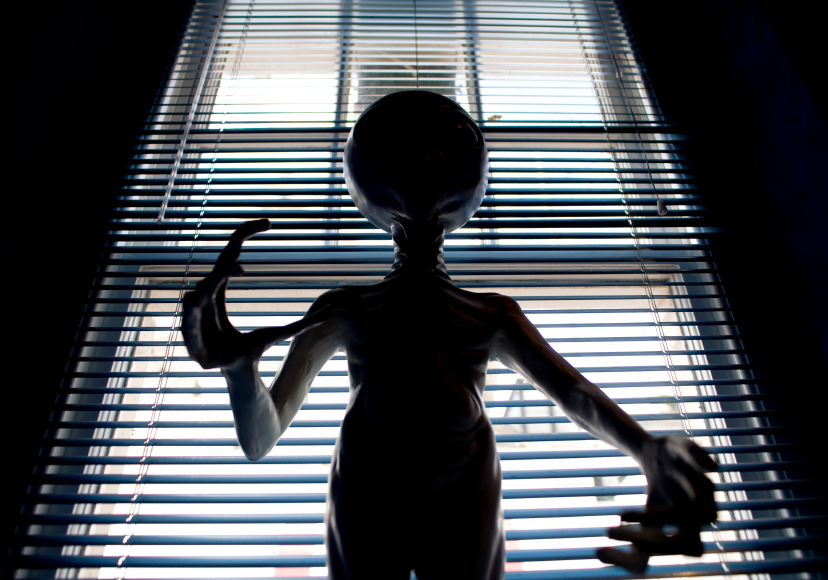 My first inclination is to believe alien and UFO sightings are fueled more by sipping too much of grandpa’s old cough medicine than by real events. But that’s when being down the hall from RTB scholars helps straighten out my thinking.

Kenneth Samples points out, “While it may be tempting to dismiss the phenomenon as the captivation of eccentric or sectarian groups, most UFO reports come from average people. And while UFO experts estimate between 90 and 95% of all reported UFOs are either natural phenomena, hoaxes, or man-made crafts, some 5 to 10% defy such explanations.”

The 5 to 10 percent that defy explanation are known as residual UFOs (RUFOs).

In their book Lights in the Sky and Little Green Men, astronomer Hugh Ross, philosopher/theologian Ken Samples, and national security expert Mark Clark point out the characteristics of these residual UFOs (or RUFOs).

So who or what is behind these RUFOs? Jacques Vallée, author and widely known UFO specialist, notes, “The UFO phenomenon represents evidence for other dimensions beyond spacetime….The UFOs are physical manifestations that simply cannot be understood apart from their psychic and symbolic reality. What we see here is not an alien invasion. It is a spiritual system that acts on humans and uses humans.” *shudder*

Perhaps it’s a good thing that the days of the endearing, Reese’s-pieces-eating alien in E.T. and the furry suburbanite A.L.F are long gone. Now that the big and small screen aliens of today are sans fluffy filters, audiences are more likely to recognize them for what they really are.

Maybe in a few years moviegoers will sit back and watch a film about close encounters of the fifth kind (where the abductee suffers bodily harm or death). But when the end credits role, we can take comfort knowing that God is the Supreme Kind. Or, as one of my favorite bands sings, “If the Devil is 6, then God is 7.”

For more on UFOs and extraterrestrials, check out RTB’s topic page here.

Universe Cannot Be Created Because That Would Be Magic?

Naturalists, atheists, and skeptics are taking a not-so-new approach to dismissing the scientific evidence for God. Recently, they have been asserting that any claim...
Theology

TNRTB Classic: The Wonder of Water

Guest writers John Millam, Ken Klos, and Iain D. Sommerville will return with parts 4–7 of their water series on June 17. If you’ve...

Fearfully and Wonderfully Made

Have you ever wondered if human cloning might be a real possibility? And if so, how close might we be to seeing mini-me’s walking...
Design