Earlier this week, RTB philosopher/theologian Kenneth Samples invited me, Sandra, and other RTB staffers to participate in a recording of his podcast, Straight Thinking. Thediscussion focused on Harry Potter and Christians’ response to this spectacularly popular fantasy franchise. The podcast won’t air for another two months or so, but I love the subject of fantasy literature and film so much I can’t resist writing about it here on Take Two. 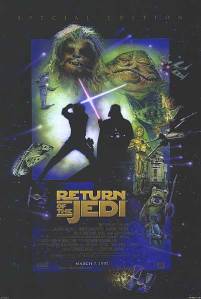 The fantasy genre occasionally causes some unease among Christians. I’m told that when Star Wars came out in 1977, the Force drew ire for supposedly promoting New Age-y-type concepts. Growing up during the Disney animation renaissance of the 1990s, I remember hearing adults talk about whether the entertainment giant was encouraging anti-Christian worldviews in their films. And in the last decade, Harry Potter has been a continual source of contention for believers.

In Romans 14, Paul explains that believers have the freedom to embrace or reject certain practices according to their own conscience. These are gray, nondoctrinal areas where Christians can agree to disagree. I think fantasy literature and film would fall under this category. While I understand why some of my fellow believers would choose to abstain from certain books or movies, I do think excellent reasons exist for a healthy diet of fantasy.

For many of us, fantasy stories are a source of enrichment—fueling our faith and firing our imaginations. C. S. Lewis explained that he wrote the Chronicles of Narniain order to encourage and build readers’ love of Christ:

I thought I saw how stories of this kind could steal past a certain inhibition which had paralysed much of my own religion in childhood. Why did one find it so hard to feel as one was told one ought to feel about God or about the sufferings of Christ? I thought the chief reason was that one was told one ought to….The whole subject was associated with lowered voices; almost as if it were something medical. But supposing that by casting all these things into an imaginary world, stripping them of their stained-glass and Sunday school associations, one could make them for the first time appear in their real potency? Could one not thus steal past those watchful dragons? I thought one could.

Writer Gary D. Robinson picks up on Lewis’ view of fantasy’s benefits, saying “I only wish to suggest that fantasy doesn’t necessarily detract from faith in Christ. It may well enhance such faith…I humbly submit that, for some of us at least, fantasy wafts the aroma of Heaven.”

From my own forays into the world of make-believe and imagination, I can say that fantasy has greatly benefited my faith. I’ll never forget the profound impact Return of the Jedi had on my understanding of redemption. I was ten years old when my sisters and I sat down with Dad and the dog to watch the last film in the Star Wars trilogy. At the climax of the film, when Darth Vader faces the choice between serving his evil master (Emperor Palpatine) and saving his dying son (Luke Skywalker), I was flabbergasted to see Vader—the ultimate villain—choose to rescue Luke. I’d heard about redemption in church, of course, but this was the first time that I really understood the idea that love “always hopes, always perseveres” because people are worth it.

So what does all this have to do with science apologetics? At RTB we hope to not only equip Christians with scientific evidence for their faith, but we also hope to encourage and coach believers in presenting well-reasoned, thoughtful, gracious responses to all the issues we encounter.

Resources: Ken and Sandra have aptly covered the tricky topic of Harry Potter in previous posts. So I refer you to their articles for Potter-specific issues: Harry Potter and the Philosopher’s Response (Ken) and It All Ends (Sandra).

It’s a new trend in art. Museums and galleries all over the world are exploring the use of sounds, smells, and lighting to enhance...
Human Origins & Anthropology

Are People Living in Villages Where There Is No Christian Message Going to Hell?

Question of the week: What about villagers in other countries who die of starvation and disease. Are they going to hell?
Theology

Are you a student between 16 and 22 years old, thinking about pursuing a science-related career? Do you know someone who is? Reasons to...
Education