Skip to content
“I certainly have not the talent which some people possess,” said Darcy, “of conversing easily with those I have never seen before. I cannot catch their tone of conversation, or appear interested in their concerns, as I often see done.”  —Jane Austen, Pride and Prejudice

Like Mr. Darcy of Jane Austen fame, I am an introvert. You’re more likely to find me curled up with a book or watching a movie alone than hobnobbing with friends. Though I’m not necessarily shy, social interaction of any kind, but especially with strangers, exhausts me.

According to the cover article of a recent issue of Time, an estimated 30 percent of the human population is introverted. Article author Bryan Walsh, himself an introvert, explains, “While extroverts draw energy from mingling with large groups of people…introverts find such social interactions taxing.” 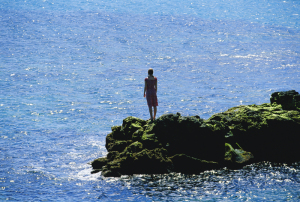 For introverts, alone time is vital.

Thanks to advanced technology and ambitious experiments, scientists have discovered that temperament, whether introverted or extroverted, “seems strongly inborn and inherited.” Researchers found that even brain activity can differ between introverts and extroverts.

As I perused the Time article, several things stood out to me.

These uniquely human characteristics make me question naturalism’s explanatory power. The mental gulf between humans and animals is enormous despite our shared biological similarities. When I discussed the Time article with RTB philosopher/theologian Ken Samples, also a fellow introvert, he reminded me that human beings appear to differ from animals not only in degree, but also in kind. We’re in a category all our own.

Ken further commented that, while naturalism has yet to come up with a satisfactory explanation for this categorical difference, Christianity attributes it to the fact that we humans bear the image of God. The imago Dei may not be empirically detectable, but as Ken says, “it is demonstrable; we can observe that it’s true” just by looking at the extreme differences between human and animal behavior.

The study of extroversion versus introversion makes another important point: God loves diversity. I’m really glad He saw fit to make us not only different from the animals, but also different from each other by giving each person a special piece of His image to bear. Life is so much more entertaining that way.

Resources: For a demonstration of how Christianity and naturalism measure up as viable worldviews, check out Ken’s book A World Difference. For more on the differences between animals and humans, see Hugh Ross’ latest book, Hidden Treasures in the Book of Job.

The First Humans Were Likely Farmers

Does the Childbirth Process Represent Clumsy Evolution or Good Engineering?