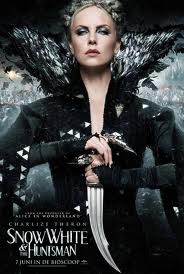 Rather than wishing simply to be “fairest of them all,” the evil Queen Ravenna (Charlize Theron) must consume her beautiful stepdaughter’s beating heart in order to achieve immortality. It seems Ravenna craves not just beauty, but also the ability to cheat death. Like other villains of her ilk (Harry Potter’s Lord Voldemort comes to mind), the corrupt queen turns to black magic to manipulate and defy nature.

Yet fear of death haunts all of humanity, not just fictional villains. Many of us wonder, “What will happen after I die?” Myriad attempts to answer this question exist in the marketplace of ideas. In his newest book, 7 Truths That Changed the World, RTB philosopher/theologian Kenneth Samples discusses various views of the “afterlife.”

Ken classifies the biblical view of salvation as Christianity’s fifth dangerous idea because it is so unusual compared to other views. Unlike naturalism, Christ’s sacrifice offers hope and a destiny beyond this life. Unlike the Islamic hope of paradise, biblical salvation is a guarantee, not an uncertainty. In Romans 8, the Apostle Paul triumphantly declares:

For I am convinced that neither death nor life, neither angels nor demons, neither the present nor the future, nor any powers, neither height nor depth, nor anything else in all creation, will be able to separate us from the love of Godthat is in Christ Jesus our Lord.

And unlike the popular grading curve idea, Christian Scripture declares that no one can earn God’s grace and, thus, entrance into heaven. Like the traditional Snow White, we need a Prince to rescue us; we cannot do it ourselves. Yet many despise this version of salvation and accuse the biblical God of being unfair.

But, in truth, God is more than fair in His offer of salvation—He is overwhelmingly merciful and generous. He did not have to offer it, yet He did and at an enormous price—His Son’s life. He does not arbitrarily change the rules or “play favorites” based on a person’s background (think of the repentant thief crucified with Christ). He extends the offer to everyone equally, whether they accept it as children or on their deathbed (Matthew 20:1–16).

Resources: For more on salvation by grace, check out these RTB web resources.

Evolution. It almost seems like a swear word in Christian circles. It certainly evokes strong feelings. Atheists often use evolution as a way to...
Theology

When Ken asked me to write this post, my mind whirled with possibilities. As with his nonfiction, C. S. Lewis’ fantasy worlds offer a...
Theology

Thinking About The Incarnation: The Divine Word Became Flesh

At the very heart of historic Christianity is a truly astounding truth-claim that is celebrated all around the world at Christmas.
Theology