There are certain things that come with being a part of a large extended family—particularly one that is close, geographically and otherwise. For instance, weekend get-togethers look more like family reunions, with three, sometimes four generations gathered in a modest home, reminiscing as if they hadn’t just seen each other last weekend.

Such is the case with my family. So a couple of weeks ago when my favorite uncle—though they’re all my favorite, for varying reasons—was hospitalized and told he needed unexpected surgery, my family moved our regular reunion to the hospital’s waiting room. Soon the pre-op patient came out to us because there was no hope in taking turns with such a large group (over 30 at one count).

As each family trickled in, my uncle would show them the brochure doctors had given him, carefully explaining his condition and the approaching surgery. Turns out he was born with a heart defect but had only recently experienced symptoms. His aortic valve needed to be replaced. I stared back at the diagrams of hearts and valves and cusps wondering what the doctors were going to do to my uncle—the man who coolly tolerated the late-night giggling that inevitably seeped out of my cousin’s room whenever my sister and I stayed over. 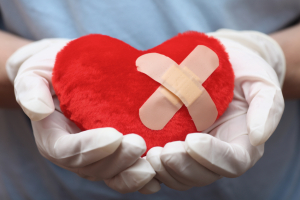 “So…what is it made of?” I asked, referring to the artificial valve. “It’s from a pig,” he said. Huh?He went on. “So when you smell the BBQ going, that means someone’s getting heart surgery.” Cracking jokes the day before major surgery—just one of the many reasons we love him so.

I learned from Fuz Rana, a biochemist I work with here at Reasons To Believe, that this process is called xenotransplantation. The procedure involves the transplantation of an organ, tissue, or cells from one species to another, such as from pigs to humans. In my uncle’s case, it was tissue transplantation.

Though other animals have been considered, pigs are regarded as the best candidates for xenotransplantation because:

Xenotransplantation is not new, but according to Fuz, “The genuine hope of making this practice a viable medical procedure is.” Two specific obstacles facing pig-to-human organ transplantation include: (1) organ rejection due to the presence of a cell-surface sugar (α 1,2-galactose) foreign to humans and other primates; and (2) the risk of infection by pathogens not normally associated with human diseases. However, recent breakthroughs show that scientists are making headway in overcoming these obstacles. (See here and here.)

In one study, an international research team genetically engineered pig cells that lacked the sugar groups responsible for organ rejection in humans. They then used these cells as the source of genetic material to clone pigs with more “agreeable” organs. In a separate study, another team noted that selective swine breeding practices (that is, choosing only those that do not express harmful pathogens) could reduce the risk of spreading harmful pathogens to recipients of pig organs. (There is no evidence of infection for recipients of pig tissue.) And research continues, with the hope of making xenotransplantation an effective solution for patients waiting for donated organs.

If this remarkable compatibility between pig and human organs does not result from common descent, how can it explained?

From a biblical perspective, the similarity demonstrates common design. As Fuz Rana argues in his book The Cell’s Design, “If life stems from the work of a Creator then it’s reasonable to expect that the same designs would repeatedly appear throughout nature. Use of good, effective designs over and over again would reflect His prudence and efficiency as a Divine Engineer.”

As far as my family and I are concerned, the Divine Engineer and not-quite-divine-but-heroic medical team sure demonstrated prudence and efficiency in my uncle’s care. He is fine today, and his family couldn’t be more grateful.

The biblical creation model—starting with a universe that began transcendently, then continually expands and cools through time1 (popularly known as the big bang)—has passed...
Design

If you are like most people, you probably haven’t devoted much thought to earwax, unless it relates to the safest way to clean it...
Biology

Information in a Nature review article argues for the work of a supernatural Designer. A high degree of complex interactions in a system...
Design