The end is near—the end of one of the most successful film franchises in movie history, that is. A week from today total geek-out will recommence as the epic tale of Harry Potter wraps up. Theatres across the country will no doubt see their share of cloaks, wands, and tears. 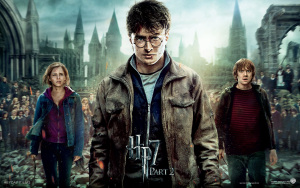 Since the books first gained popularity, Christians have wondered for themselves (and for others) whether it’s wise to join in on the Harry Potter fandom. Discussion and controversy over this incessant issue continues to flow like pumpkin juice to a wizard’s mug.

In fact, back in 2003, Creation Update host Krista Bontrager and several RTB scholars took this topic to Dr. James Hedges, professor of literature at Azusa Pacific University. Hedges was introduced into a “firestorm of controversy” when he substituted a C. S. Lewis book with a Harry Potter book. He explains his motivation here:

We need to know what popular culture is about both to discern dangerous trends and also to try to be redemptive in interacting with our world. And if the Harry Potter books have become the most widely selling books ever for children, how could we ignore them or refuse to have any knowledge of them?

Hedges later mentions that both Lewis and Tolkien believed fantasy could be used as a preparatory way to get at gospel truth. “It doesn’t have to parallel Christianity exactly,” he says, “but the kinds of issues that fantasy can deal with may set us up, or readers up, to be ready to receive Christian truth and understanding of right and wrong, good and evil, and those sorts of things.”

When it comes to deciding how (or whether) to introduce kids to the wizarding world of Harry Potter, Krista Bontrager encourages parental involvement. In a conversation earlier this week, Bontrager recommended parents talk with their child as he or she is reading the book to “help them process the content” but also to “explain the difference between the magic used in fiction books versus the kind of magic that God commands his people to stay away from.”

“Here’s where a lot of Christians can get confused,” she suggests, “because the word ‘magic’ has two different meanings.” Bontrager continues:

In Harry Potter and certain books by Lewis and Tolkien, there is another world where magical things can happen that are on a more imaginative level. Whereas the type of magic that I would say God commands us to stay away from is the kind that uses or calls upon demonic forces or intermediate spirits to control things in this world.

So what’s your take on the topic? Will you be among those in line for the midnight show? (If so, you might run into Maureen or me. Huzzah!) Or are you saving your Washingtons for another one of this summer’s blockbusters?

And if you’re altogether tired of the discussion over the matter, don’t worry, it may be near its end.

That is, until Pottermore launches.

Here are a few more Potteresque resources from RTB:

Apologetics Strategies: The Myth of a Bulletproof Argument

Imagine if there was one argument for the truth of Christianity so convincing that everyone who heard it immediately embraced the gospel. Imagine evidence...
Theology

Today marks the traditional date for the Epiphany and Christmas carols are still ringing in my head.
Theology

A Church’s Hospitality Has Power to Persuade

As my friends and family know, I’m clearly an introvert. Growing up, I struggled with shyness, and even today I’m still more at ease...
Theology