My sister’s friend, who is from out-of-state, once complained about the smoggy atmosphere of Southern California’s Inland Empire, to which my sister replied, “Hey, I don’t trust any air that I can’t see.”

As I write this, the view outside my office window shows a murky sky and sickly yellow sunlight. But this time it’s not the result of smog—it’s fire season in California. Smoke and ash blown in from the Station Fire burning near La Cañada shroud the RTB offices. According to the California Fire News blog, over 3,000 fire and law enforcement personnel are engaged in fighting the blaze and evacuating residents. The fire has covered over 100,000 acres and threatened thousands of structures, most of them homes.

“A century of aggressive fire suppression has contributed to a surplus of thick brush and timber with an excessive dead fuel to live fuel ratio…[Plus, strong] winds, low humidities, and high temperatures combine to create an explosive environment that, when ignited, is nearly impossible to control. The final element in California’s sad fire history is the human factor. A high percentage of the large wildfires that devastate the valuable watershed and destroy hundreds of homes are purposely set by arsonists who are seldom caught…The Station Fire, in which two firefighters lost their lives, has…been determined to be arson.” 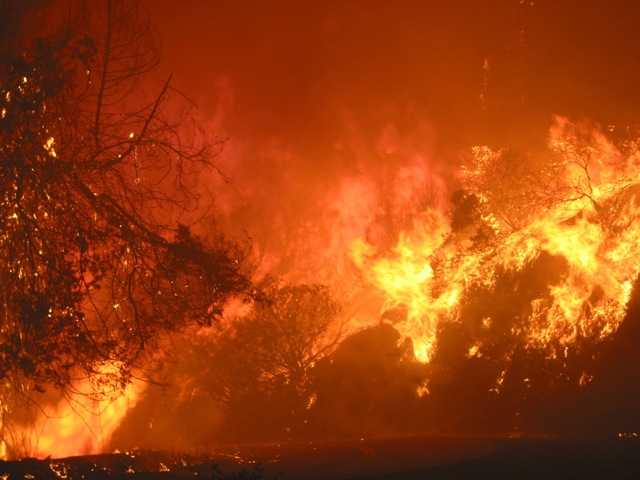 The Problem of Natural “Evil”

As Bell points out, many fires are caused directly by morally corrupt humans. But what about the fires that aren’t attributed to people? Or the hurricanes and earthquakes? Havoc wrought by naturally caused catastrophes leads many of us to ask: Why would an all-loving, all-powerful God create a world in which natural disasters happen?

Educator and RTB theologian Krista Kay Bontrager observes in an online article, “Moral evil in the universe seems easier to explain: Evil people make evil choices. But humankind’s choices do not account directly for all of the ‘bad’ things that happen in the world.”

It’s difficult to acknowledge the good in a situation when we face the destructive forces of nature in our own neighborhoods. No corner of the globe is safe from the fury of the elements. Yet, natural “disasters” do play essential roles in sustaining life on Earth—being without them would be a bigger disaster. Krista points out that “planetary scientists, among others, affirm that events such as hurricanes and earthquakes must occur for planet Earth to maintain the delicate balances of atmospheric and other environmental conditions mandatory for human life to exist and survive.”

Here in California we contend with the unpredictable threat of earthquakes far more than I’m comfortable with. The San Andreas Fault runs right through our backyards. Cause of the 1906 San Francisco earthquake, the San Andreas “forms the tectonic boundary between the Pacific Plate and the North American Plate.” Each time the ground shakes, I hold my breath praying it won’t be “the Big One,” but without the movement of plate tectonics our fertile home planet would more closely resemble the barren Mars. Tectonics is vital for nutrient replenishment, a stable water cycle, and numerous other features that make advanced life on Earth possible.

As for fire, it “has always been an important component of nature,” says Bell. Wildfires promote growth and adaptation in native species. The giant sequoia trees that grow in California’s Sierra Nevada mountain range require fire to clear out competition for resources and to open up their cones for seed distribution. Bell notes that fires also act as a cleansing process by creating “a fuel break that will ensure [burned areas] are not threatened by wildfire in the near future. The opportunity for a forest area to naturally heal itself is a result of these fires as well. Although that process can take decades it is quite remarkable to witness.”

But if God can do anything and if he truly loves us, why not create a universe where wildfires, tsunamis, earthquakes, hurricanes, storms, tornadoes, drought, floods, etc. aren’t necessary and don’t happen? Hugh Ross outlines some insights into this philosophical dilemma in his book Why the Universe Is the Way It Is, in a chapter appropriately titled “Why Not a Perfect Universe—Now?”

To start, Hugh explains that the problem of evil, which necessitates careful contemplation, is made more troublesome by two particular misconceptions. First, people assume that God made the universe solely to provide “a comfortable environment for life and humans”; and second, “that nothing exists beyond the universe.” But a perusal of Scripture proves both assumptions false.

When God created the universe, he had a big, glorious plan in mind for humans. Though we often struggle to see beyond our immediate physical needs and comforts, the Creator sees a grand destiny full of hope and purpose for those who choose to follow him. This current creation is a part of his plans and strategies. Hugh offers 11 purposes God had for setting up this current universe in the way that he did. (You’ll find this list and brief explanations of each point on pages 154–162 of Why the Universe.)

God made this universe—

This last purpose leads us to address the second misconception: that this universe is all there is. Naturalism proposes this scenario. If it is true, then all human suffering is pointless and there is no hope for anything better. However, according to the Bible, God has something wonderful in store for us when this world ends. Revelation 21–22 describes a massive city made of gold and jewels that exists in a new creation. In this new world God will dwell with humans and “’will wipe every tear from their eyes. There will be no more death or mourning or crying or pain, for the old order of things has passed away.’” We will no longer be subject to evil of any kind.

These answers to a very hard question only scratch the surface of a deep mystery. There is only so much about God and his ways that we will understand in this life time. As Hugh puts it, “But God chose to make . . . spiritual creatures—humans—along with a host of other living things. Why he did, we can barely begin to comprehend. Clearly this creation is an expression of his divine nature, and there is likely much more to the explanation. For now, though, the more important fact is that God did create—on purpose.”

And sometimes those purposes include wildfires. Still, we grieve over the losses too often experienced in the midst of them and appreciate your prayers for continued victory in the battle against the flames and for the recovery and aftermath to follow. 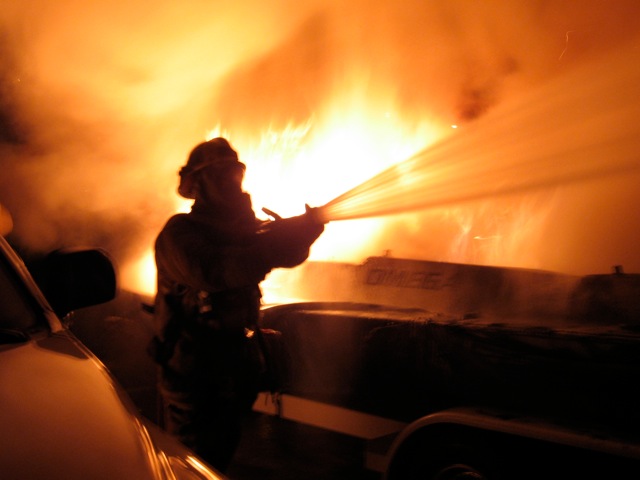 Explore out our natural disasters subtopic online for more on earthquakes, hurricanes, and more. For thoughts on how human sin influences the effects of nature on our lives, see these articles:

“The Physics of Sin”

For answers to tough questions about God and Christianity, check out Kenneth Samples’ book, Without A Doubt.

Does Science Deserve Its Pedestal?

In light of the many benefits derived through the centuries from the scientific enterprise and the promise of even greater ones to come, it...
Philosophy & Ethics

Scholars involved in what has come to be known as “the Intelligent Design movement” deserve respect.
Evolution

Reason, Emotion, and Watching Star Trek during the Pandemic

Sheltering in during the pandemic has left me with more downtime than I’m used to. And watching too much news tends to increase my...
Logic & Reason