The search was long and arduous. The findings up to that point, though notable in their own right, weren’t what was hoped for.

But on one glorious day the long-anticipated news finally came: I had found the perfect pair of black boots. Unlike the two pairs I already owned, this pair was just right. They were the just-right style and heel height to meet the (self-imposed) requirements for a fashionable life. 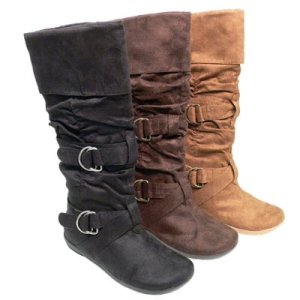 Though not known for their fashion savvy, scientists are on their own quest for a just-right something: in this case a planet beyond our own that’s capable of supporting life. And a recent announcement indicates they may have found it.

AP science writer Seth Borenstein reported that astronomers have found the first true Goldilocks planet—that is, it’s neither too hot nor too cold. It’s “juuuust right.”

And, according to Penn State University’s Jim Kasting, it’s “a ‘pretty prime candidate’ for harboring life.” It seems the discovery of a “Goldilocks planet” fits just right with the notion that Earth ain’t so special after all. Borenstein illustrates this point:

“This one [planet] is so clearly in the right zone that five outside astronomers told The Associated Press it seems to be the real thing….[Finding] even a simple single-cell bacteria or the equivalent of shower mold would shake perceptions about the uniqueness of life on Earth.”

However, there are already key differences between Earth and the Goldilocks planet (Gliese 581g). For example, it orbits much closer to its star than our planet does to the Sun. This close orbit causes Gliese 581g to tidally lock with its star, meaning that one side of the planet is always facing its star. (Imagine if Earth were tidally locked with the Sun. We’d have an endless summer on one side—like Southern California weather on steroids—and an endless winter on the other—”always winter but never Christmas.”)

Still, RTB astrophysicist Jeff Zweerink points out that in all likelihood, water could exist in the small region between the “summer” and “winter” zones. So is it true, then, that this find implies “planets like Earth are probably not that rare”?

Jeff assures that there’s no need to shake in our faux suede boots.

Though this planet is in the liquid-water-habitable zone, the question is whether the conditions on the planet’s surface are conducive to life. Liquid water is one in a whole slew of requirements needed to support life. This particular planet fails to meet most of the rest of the requirements for life.

Do you know what some of the requirements for life are? How about for a fashionable life? Chime in below and we’ll send you a free audio message from Jeff Zweerink on “Design of the Earth’s Interior.”

Jeff discusses this topic in the September 30 episode of Science News Flash and will continue the discussion in his forthcoming TNRTB blog post. Check back on Wednesday (October 6) for the link or sign-up here to receive TNRTB posts via email.

Jonathan Edwards: An Awakening of Heart and Mind, Part 1

A sense of God’s majesty combined with desire for deep spiritual intimacy characterizes one of America’s greatest evangelical thinkers.1 Known as the theologian of...

Now that the hectic holiday time has passed, it’s time to set resolutions for 2013. Healthy eating and exercise frequently make the list, but...

Scientists realize that the existence of certain elements depends on a delicate balance in how the physical laws manifest themselves. Three of those elements...