In case you haven’t heard, ABC’s The Bachelor is back. This season Brad Womack returns to endure once again the attempts of a couple dozen women to flirt, flaunt, and fight for his affection. (To me, the show plays out like a stale romance novel, but people enjoy it enough to stomach fifteen—yes, fifteen—seasons of it.) 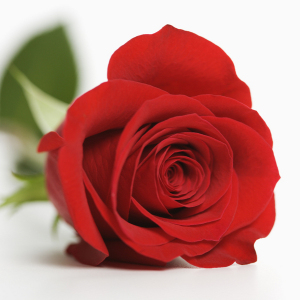 What’s curious about the whole premise (finding “the one”) is that it seems hindered by the process (simultaneously dating many). And considering its lack of success in churning out long-lasting relationships, why would someone trust this approach as a viable dating method?

Another dating method that comes in to question—and that is of greater consequence than a reality show—is radiometric dating. There are actually over forty such “methods,” and each uses a different radioactive element or a different way of measuring such elements. The objective behind these techniques is to determine the age of rocks from the decay of their radioactive elements.

Because these rocks can’t benefit from Botox, there’s no hiding their age. And, based on the results of various techniques, scientists have determined that Earth’s age is approximately four and a half billion years.

Other methods, such as glacier ice core layers, lend further support that the earth is billions of years old. Yet many Christians remain fearful of whether an old earth fits with the six creation “days” mentioned in Genesis.

These individuals would maintain that, by adding up the life-spans of the people mentioned in the biblical genealogies, the Earth would be less than ten thousand years old. With this perspective in mind, these well-intended believers promptly distrust any scientific evidence that goes against a six 24-hour day creation.

But are Christians really forced to choose between science and the Bible? (Who gets the rose…and who goes home brokenhearted?)

Not necessarily. With respect to radiometric dating, physicist Roger C. Wiens suggests that those who distrust such methods are often “unaware of the great number of laboratory measurements that have shown these methods to be consistent.”

To counter the common misconceptions about these techniques, Wiens offers what he calls a Christian perspective on radiometric dating:

As scientists, we deal daily with what God has revealed about Himself through the created universe. The psalmist marveled at how God, Creator of the universe, could care about humans: ‘When I consider Your heavens, the work of Your fingers, the moon and the stars, which You have set in place, what is man that You are mindful of him, the son of man that You care for him?’ (Psalm 8:3–4). Near the beginning of the twenty-first century we can marvel all the more, knowing how vast the universe is, how ancient are the rocks and hills, and how carefully our environment has been designed. Truly God is more awesome than we can imagine!

This brings to mind the “two books” doctrine so often discussed ‘round these parts (the halls of RTB). That is, the same God who “authored” the universe also inspired the writings of the Bible. When interpreted properly, the facts of nature will never contradict the words of the Bible.

In other words our attempt to understand more about God’s Word needn’t be hindered by a reluctance to study and understand His world. As it turns out, science and faith can both earn a rose.

For more on the two-books doctrine, check out Dual Revelation: Affirming the Harmony between Nature and Scripture. This docudrama, which includes dramatic sequences to entertain and interviews with leading Christian scholars to enlighten, illustrates how science can be a springboard for effective outreach as well as for spiritual growth.

What do you think about the two-books doctrine? Let us know and you could win a copy of Dual Revelation. We’ll select one winner by Friday, January 21 so hurry and get your comments in. Happy commenting!

Isaac Newton’s most highly regarded scientific publication is his three-volume work Principia. In it, he powerfully demonstrated that the motions of the heavens operated...
Physics & Mathematics

Imagine an architect sitting down to design a building and starting the process by verifying that all objects fall to the ground.
Physics & Mathematics