It’s not often one feels connected to a microbe. But if there were ever one I’d want to grab a cup of joe with, it would be the bacterium Pseudomonas putida CBB5. (Think that’s hard to say, just try repeating a hipster’s drink order.) 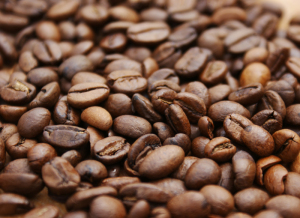 This tiny microbe can definitely hold its own when it comes to caffeine. In fact, a new study indicates it developed the ability to literally live on the stuff. This little factoid isn’t just interesting news for caffiends, it’s also brewing up excitement in the creation/evolution discussion. How so? Because according to researchers, this development serves as an example of evolution in action.

There’s that “e” word again. Depending on a person’s palate, the very mention of “evolution” can go down smooth or cause some major lip pursing. But, just like coffee, there are a number of different “blends” of evolution.

What I’ve discovered in my tenure here at RTB is that people frequently ask—or presume—which evolution blend RTB prefers. And they don’t always guess right. So, when biochemist Fuz Rana and I popped into the studio to record a podcast on the caffeine-glugging microbe, I took advantage of the opportunity to ask him about RTB’s perspective on the different types of evolution.

Macroevolution – Where evolution has creative power, for example where an apelike creature would evolve into a human

Microevolution – Variation of traits within a population (e.g., the peppered moth)

With regard to the caffeine-loving microbe Pseudomonas putida CBB5, Fuz explains that it is indeed an example of evolution in action—microbial evolution, that is. But he adds this caveat, “just because the bacteria evolved the capacity to metabolize caffeine doesn’t mean somehow humans evolved from apes. Those are two very different types of evidence.”

When news stories like the one about the caffeine-gobbling microbe hit your home page, consider first what blend of evolution is being served. Then take a sip, or not.

For an in-depth response to the controversial types of evolution, check out Who Was Adam?, Origins of Life, and Creating Life in the Lab.

A common skeptical objection to Christian apologetics is that theists engage in a god-of-the-gaps form of reasoning.
Evolution

Rogue Star on Path to Splatter Us with Killer Comets

In case your list of things to worry about is a little short and you need something to raise your anxiety levels, two astronomers...
Evolution

I just finished reading a book that has been on my shelf for some time. It is William Lane Craig’s apologetic for the Christian...
Evolution