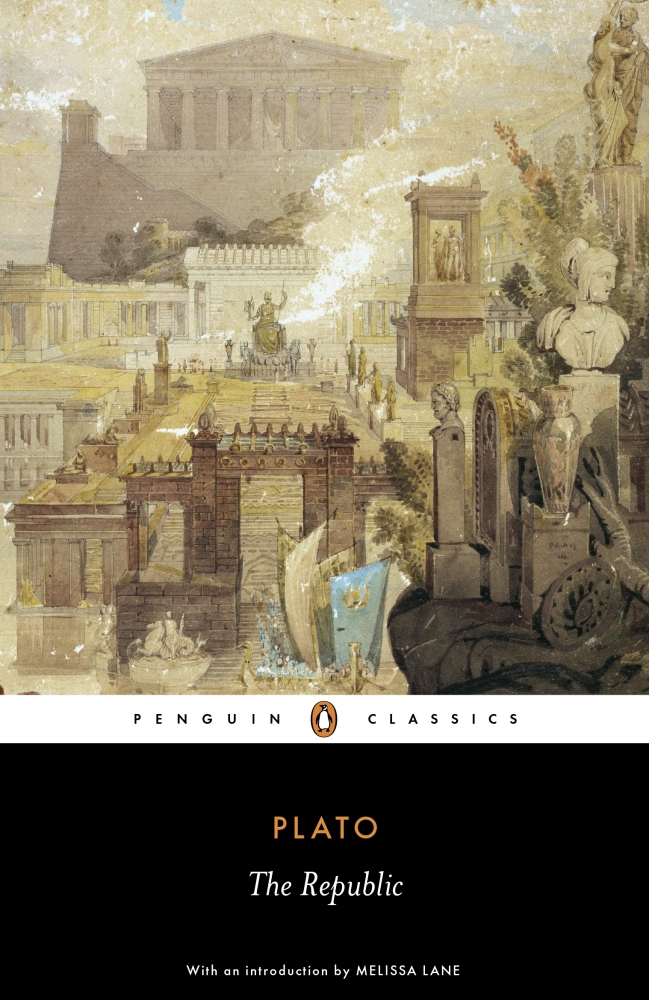 This week’s book, The Republic by the great Greek philosopher Plato, is not a Christian classic but rather a classic of Western civilization in the fields of philosophy and political theory. And though written around 2,400 years ago, this work continues to be amazingly relevant to contemporary society in asking questions about the nature of justice. Plato’s masterwork remains one the most widely read books in the world today.

Plato (ca. 427–347 BC) is one of the greatest thinkers in all of history. Once the student of the great philosopher Socrates, Plato would found arguably the first university in the Western world, the Academy, where the great philosopher Aristotle received his education. Alfred North Whitehead summed up Plato’s amazing philosophical influence by stating, “The safest general characterization of the European philosophical tradition is that it consists of a series of footnotes to Plato.”1

The Republic, written around 380 BC, is Plato’s best-known work and stands as a true cornerstone of Western philosophy. Written in the form of a popular dialogue in which Socrates (Plato’s mouthpiece) questions his students and fellow Athenian citizens, The Republic focuses chiefly upon this question: “What is justice?” Plato argues that it is in everyone’s best interest to strive to live in a just society and to be a truly just person. In Plato’s mind, an ideal state is driven not by money, power, or celebrity but instead by the reflective wisdom of the “philosopher-king” (a truly wise and virtuous political leader).

In The Republic, Plato raises deep philosophical questions concerning goodness, reality, knowledge, and education. A gifted thinker and writer, Plato uses moving allegories to illustrate his theory of forms and his idea of the immortality of the human soul.

Here Plato notes that the just society can result only when kings truly become benevolent philosophers:

The society we have described can never grow into a reality or see the light of day, and there will be no end to the troubles of states, or indeed . . . of humanity itself, till philosophers become kings in the world, or till those we now call kings and rulers really and truly become philosophers, and political power and philosophy thus come into the same hands.2

The Republic is a work of incalculable influence upon the Western world. Plato’s blueprint for a just society would influence such other classics of political thought as Cicero’s De Republica, St. Augustine’s City of God, and Thomas More’s Utopia. Many Christians through the centuries have seen much wisdom in Plato’s enduring work in ethics and politics.

Because it’s written in dialogue form, The Republic is a fascinating and accessible book. So, take up and read Plato’s philosophical masterpiece.

Are you a student between 16 and 22 years old, thinking about pursuing a science-related career? Do you know someone who is? Reasons to...
Education

Chapters Get Creative in Outreach

One of the greatest benefits chapters provide toward fulfillment of RTB’s evangelistic and equipping mission can be called “ministry multiplication.” Local chapters can touch...
Education

Looking Back with Hugh: 25 Years of Reasons To Believe

For more than two decades, RTB founder and president Hugh Ross has led a campaign to heal the breach between science and faith, reaching...
Education