Editors Sandra Dimas and Amanda Warner sat down with climatologist and RTB visiting scholar Kevin Birdwell to get a scientist’s perspective on Hollywood disaster films.

Let’s start with somewhat recent films about massive earthquakes: 2012 and San Andreas. In 2012, Los Angeles experiences a 10.9 magnitude earthquake caused by polar shifts. Is it possible for polar shifts to cause a large earthquake?

I’m not a big expert on polar shifts, but I do know that Earth’s precession cycles every 26,000 years, its tilt every 41,000 years, and its eccentricity every 100,000 years—so I would be quite skeptical of a sudden shift. The sun and moon keep the pole in its position, so those would be pretty powerful forces to oppose. There is polar wandering to a point, but it happens slowly over many millions of years. Think of a train or car changing directions: It wants to keep going the same direction. You can feel that force. Can you imagine what that would be with the earth? If a polar shift happened, a 10.9 earthquake could be likely, but the fact that a polar shift would happen in the first place seems kind of remote.

Geologists can see these boundaries by measuring the energy created from an earthquake. Perhaps a small minor fault could go unnoticed, but probably not a major fault. Seismic waves from past earthquakes should have already revealed fault locations.

Do we know where the faults are in the ocean?

For the most part, yes, we should know where most of those are. Anything that’s significant we should know about it. That kind of stuff has been pretty well-mapped.

In San Andreas, there’s a tsunami that hits California. Could we expect a tsunami to strike the West Coast after a major earthquake?

If the earthquake were offshore, you certainly could expect a tsunami, but the San Andreas in Southern California is on land, so it wouldn’t likely produce a tsunami. In contrast, there is a big tectonic plate off the coast of Sumatra. When a big quake and tsunami hit Indonesia in ’04, over 230,000 people were killed.

There’s a movie called Volcano, which is about a volcano erupting under downtown L.A. Is that possible?

Scientists might not know when a volcano will erupt, but they can usually tell when there’s magma under Earth’s surface. There are a lot of volcanoes in the Pacific Northwest, some of which contain magma. The problem is that they might know a few weeks in advance that something’s rumbling, or a few months, but we certainly don’t know, on a decadal timescale, when those things are going to erupt. One of the things I talk about in my Earth science class is basically that Seattle is a sitting duck for mudflows and ashfalls, because it’s not that far from Mount Rainier. The closest volcano to Los Angeles that I know of that’s potentially active would be Lassen, just east of Redding, or Shasta, which is north of Redding.

So Hollywood should set their disaster films, at least with volcanoes, in the Pacific Northwest, not in L.A.?

They should have it over a converging plate boundary, rather than a transform plate boundary. Because right here, it’s a transform plate. When you’ve got a converging plate, that’s when you’re going to have volcanoes (because you have material from one crustal plate being subducted and partially melted under the other plate). Now, 2012 was right that there is a supervolcano under Yellowstone. Supervolcanoes are kind of on a bigger scale than the ones I’ve just been talking about. They are believed to have a magma source going all the way down to the mantle, at least. I think you’re probably safe from that in L.A., not earthquakes, but at least volcanoes.

In a hallway conversation, you mentioned that you had difficulty watching The Day after Tomorrow. What was so disturbing in watching that film?

If I’m remembering it correctly, and my memory’s a little fuzzy because I didn’t actually watch the whole thing, but I think the climate changed on the order of 10°C in a matter of a week. The ocean rose and flooded New York City. This is quite far-fetched.

Well, sea level, under the right conditions over a few thousand years, could rise high enough to flood New York. But it’s not going to happen in a week. In terms of a quick, drastic temperature change, likely the only way that’s going to happen is if there were a large asteroid impact, like the one that was involved in the dinosaur extinction; or if an asteroid fell in the ocean, that could cause a tsunami in New York.

The film Snowpiercer also suggests a rapid climate change. In the film, scientists use climate engineering by putting something in the atmosphere to counteract global warming. But the plan backfires and spins out of control in the reverse way, leading to an ice age. The only survivors live on a massive train, like an ark on tracks, that travels the world to keep its inhabitants from freezing.

There’s a hint of truth to what they’re saying, but it seems to be exaggerated. Though climate geo-engineering might be a possibility, we don’t really understand everything about the climate well enough to determine what would happen should we attempt to alter it. For instance, it’s not uncommon for the global temperature to cool by about 0.5–1°C or more the year following a volcanic eruption. The eruption ejects particulates into the atmosphere, which can then make their way to the stratosphere. The stratosphere is a stable layer of the atmosphere, so particulates in the stratosphere will stay there for a while and reflect sunlight, which would then cool the earth. For example, when Mount Pinatubo erupted in ’93 in the Philippines, global temperatures dropped by a half a degree the following year. If we start putting particulates in the stratosphere, then there might be effects we couldn’t anticipate. Having said that, I would find it highly unlikely that climate geo-engineering would result in an ice age, especially in a relatively short period of a time.

These films might be implausible, but do you think they also help us appreciate that, because the earth is fine-tuned, we don’t face catastrophes as regularly as Hollywood says we could?

For the most part, catastrophic events, while they do happen, are limited in space and time so that we’re not bothered with them every day, or we wouldn’t be able to survive. Obviously there have been several life-extinguishing impacts over Earth’s history, but they occur rarely. Still, I think most of humanity doesn’t take disaster preparedness seriously enough.

That’s why they’re so fantastical. Movie-goers want to flirt with the idea of the world ending, but in a way that makes it unrealistic so they don’t have to freak out. Films don’t usually feature chemical warfare or World War III, something that can actually happen.

I think one thing that’s worth saying in relation to all these disaster movies, even though they tend to exaggerate things quite often, it does fascinate me that our society, who says we have everything under control, or at least acts that way, is so fascinated with disaster movies. I think what it tells me is that deep down, we know we need to be prepared for disasters. 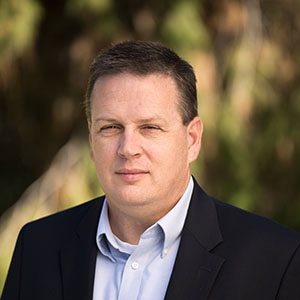 Dr. Kevin R. Birdwell received his PhD from the University of Tennessee in 2011 and currently serves as a meteorologist and atmospheric researcher in Oak Ridge, Tennessee. Kevin has also participated in RTB’s Visiting Scholar Program.

Today, July 1, 2019, Norman Geisler passed away peacefully, just 20 days short of his 87th birthday. No doubt he ranks as one of...
Bible

I’m excited to fill you in on a new program RTB will soon launch called the RTB Speakers Bureau. As you can imagine, RTB...