When Albert Einstein first proposed his general theory of relativity, it transformed the way scientists thought about space and time. Specifically, the theory predicted that mass could be so compressed that it would rupture the fabric of space-time. Scientists called these things black holes. Over the last hundred years, numerous experimental and theoretical findings have affirmed the existence of black holes, but to date scientists had not imaged one. That changed with a first-ever radio image of galaxy M87, which revealed the shadow of an enormous black hole at its center. This first astronomical image of the black hole shadow highlights a number of cool things about black holes and carries worldview implications.

The Nature of Black Holes

Black Holes Can Be Really Massive

The great distance to M87 required some innovative research. How do you image an object (that emits no light) the size of the solar system that is almost 60 million light-years away? The team of scientists “imaged” the black hole by coordinating observations from 8 different radio telescopes scattered around the globe! The long distances between the telescopes provided greater resolution than any of the individual telescopes. Each telescope generated around a petabyte of data (1 million gigabytes). From that measure, the scientists could work to correlate the data from the different telescopes into one with the resolving power capable of reading a book on a café table in Paris—from New York! 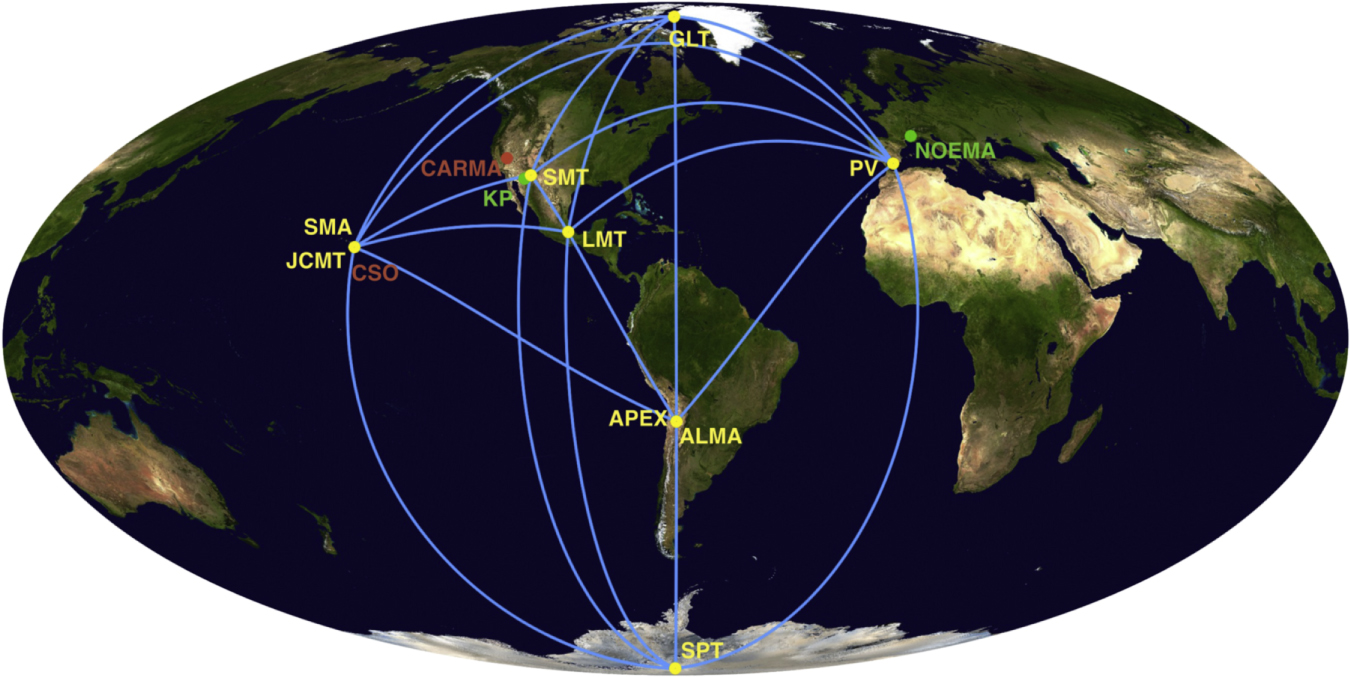 Affirmation of General Relativity and the Bible

Not that scientists had any great doubt about general relativity’s validity, but these measurements affirm its reliability to accurately describe the dynamics of the universe. Scientists have used black holes in the past for this purpose. By analyzing the interaction of black holes with the cosmic background radiation, astronomers constrained changes in the fine-structure constant. Three years ago, scientists measured the gravitational waves generated by two black holes coalescing into one more massive black hole. This measurement also revealed a class of black holes (ones with a few tens of solar masses) that was previously unknown!

More importantly, the validity of general relativity shows that science often operates by taking philosophical ideas (that the laws of physics should be constant for all observers, regardless of motion) and testing them with the way the world operates. If science can do this with philosophical ideas, then it ought to be able to test various biblical claims about how the universe works—like constant laws of physics (Jeremiah 33:25-26) as well as a beginning to the universe (Genesis 1:1, John 1:1)

Thus far, the Bible has a good track record in describing the universe such as its beginning, the conditions on early Earth, the common ancestry of Arabs and Jews, and perhaps even the crossing of the Red Sea. Given its reliability, wouldn’t that mean people should take seriously what the Bible has to say about how we relate to the Creator of this amazing universe?

It may be surprising to learn that a star orbiting the Milky Way Galaxy’s black hole has produced evidence for one of the most...
Physics & Mathematics

Continual cosmic expansion under fixed physical laws from an actual beginning of matter, energy, space, and time is the heart and soul of the...
Design