What were you born to do? I posted that question on Twitter earlier this week. The responses I received varied, with people claiming they were born to teach, protect, and even hit others. (The latter was my favorite, just because it was funny.)

Though we all may be gifted with different skills (hitting is a skill in dodge ball), what’s true for everyone is that we were born to dance. Every single one of us—even those who make Elaine Benes look like a So You Think You Can Dance finalist.

My best friend and I “tested” out this theory with her brand spankin’ new baby. There was nothing scientific about it, really, we just sang “Kung Fu Fighting” to him and he cracked a gummy smile. Proof clothed in a onesie. Sweet!

But the real proof came in a recent study conducted by Marcel Zentner, a psychologist at the University of York, and Tuomas Eerola, from the Finnish Centre of Excellence in Interdisciplinary Music Research. Zentner and Eerola’s goal was to “examine whether preverbal infants demonstrate “rhythmic engagement with music.”

Zentner and Eerola carried out two experiments in which they tested 120 infants (from 5 to 24 months old) to see how they respond to the human voice and to music. Their findings (detailed in the March 15 issue of PNAS) indicate that babies were much more likely to move their arms, hands, legs, feet, torsos, and heads in response to music than to a human voice, whether that voice was adult or infant.

Not only did the infants move in sync to the rhythm and tempo, they were also more likely to smile in response to music. (Apparently the lower-lip biting move doesn’t develop until much later in life.) The researchers concluded that humans have an innate ability to “engage in rhythmic behavior to music”—in other words, dance. 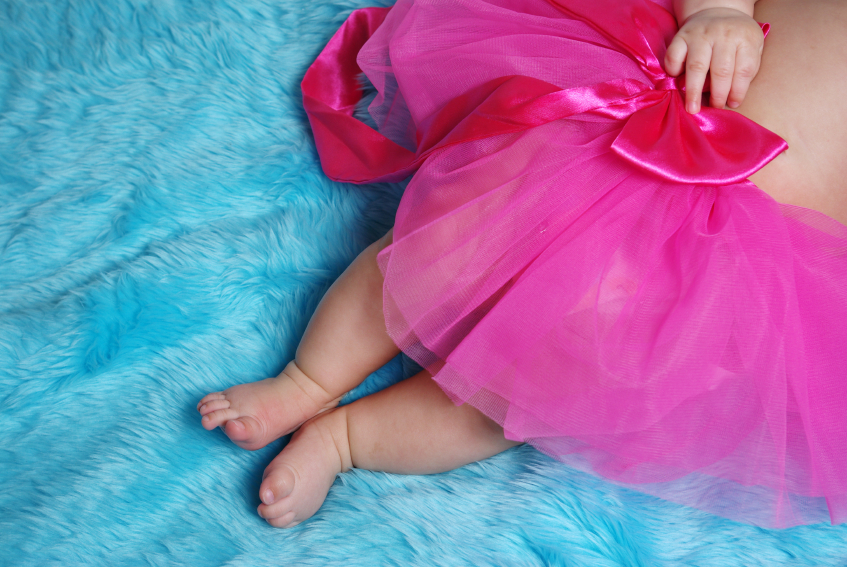 As RTB biochemist Fazale “Fuz” Rana points out, this research indicates “the ability to dance must be neurobiological in source. In other words, humans are hardwired to respond to music.”   Some animals can move in sync with music, but the ability to do so is likely learned through human interaction. (Snowball the Dancing Cockatoo is just one example. RTB astronomer Hugh Ross discusses this in the vol. 1, no. 3 2009 issue of New Reasons to Believe.)

Humans are the only creatures who have an intrinsic ability to synchronize body movement with music. Though dancing skills can develop (or not) with age, the basic tendency to move to music is embedded in us from infancy. It isn’t a learned behavior.

Lead researcher Zentner concluded that “It remains to be understood why humans have developed this particular predisposition.” “One possibility,” he suggests, “is that it was a target of natural selection for music or that it has evolved for some other function that just happens to be relevant for music processing.”

Fuz agrees that, from an evolutionary perspective, “there is no genuine explanation for why humans are responsive to music.” There is, however, an explanation if one holds to a biblical creation perspective.

Dance to the Music

According to Genesis 1:26 (NLT), God said, “Let us make human beings in our image, to be like us.” Of all of God’s creatures, humans are the only ones described as being made in His image.

If God is the Creator and humans were made in his image, it’s reasonable to conclude that we alone would reflect his penchant for creativity, including the capacity for dance and making music.

Archeological records affirm this notion. Neanderthals and other hominids didn’t make music or jewelry or dabble in any other nifty, creative endeavors. It wasn’t until modern humans came along some 40,000 years ago that “musical and artistic expression virtually exploded onto the scene.”

This rapid co-appearance of humans and culture stands in stark contrast with what one would expect from an evolutionary perspective (a gradual change over a long period of time). Yet, just as with humans’ innate ability to dance, the evidence fits well with the view that humans are distinct from the rest of creation.

Often times art (dance specifically) is given less emphasis in the church—or even discouraged as gateways to immoral behavior. Cringe.

Yet there are many examples of dance as a form of praise, worship, and celebration. Luke 15:25 mentions dancing in celebration of the prodigal son’s return. David is said (in 2 Samuel 6:14) to have “danced before the LORD with all his might.” And all throughout Psalms, David writes of singing and making music “with all my soul” (Ps. 108:1) and praising “his name with dancing” (Ps. 149:3).

The latest research by Zentner and Eerola brings further assurance that the capacity for creative expression (through dance or otherwise) is unique to humans. As followers of Jesus, we might look to these findings as a reason to embrace art as a means of bringing glory to God.

Let’s hope it can spur Christians to embrace the arts a little more fully and freely, recognizing that this ability reflects the same creative traits imparted to us by our Creator.

For more on dancies babies, see the Yahoo! article “Babies Are Born to Dance,” The video related to the PNAS article, and, of course, the Roller Babies.

Come As You Are

As I approached the front door, Lisa Wolfe opened it and embraced me like an old friend even though we'd met only briefly on...

On May 14, 2017, Chelsea posted a video (see below) where she asked Neil deGrasse Tyson whether he believed in God. The video takes...
Design

A Scientist’s Faith Evolves Toward Christ

Richard Deem, a Reasons To Believe (RTB) apologist, has been a scientist since childhood. As a boy, he raised hundreds of hydras in a...
People