Disney’s TRON Legacy opens in theaters today. It’s been 28 years since the original debuted. For its time, TRON was an astounding breakthrough in computer-generated special effects. It helped pave the way for the digital wonders gracing the screen today. Although there’s nothing “special” about the film’s effects now, the existential issues TRON touches on remain timeless. As one hijacked program asks, “If I don’t have a User, then who wrote me?” 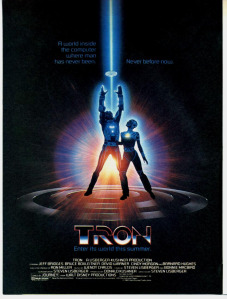 Despite brain-washing efforts by the villainous Master Control Program, the programs within the computer world don’t buy the idea that belief in Users (the unseen humans who write programs) is “superstitious and hysterical.” They continue to wonder how they came to be and what their purpose is—and they believe the answers lie with their Users.

Existential questions are innate to the human experience. We’re the only creatures that ponder the whys of life. In A Brief History of Time, Stephen Hawking notes, “We want to make sense of what we see around us and to ask: What is the nature of the universe? What is our place in it and where did it come from? Why is it the way it is?”

In Why the Universe Is the Way It Is, RTB founder Hugh Ross elaborates even further on the human tendency to ask questions: “Scientific curiosity arises from the desire to understand the way things work…Spiritual curiosity is driven by the quest for meaning and coherence” (emphasis original).

So strong is our need to find meaning, purpose, and value that the ability to answer life’s existential questions is a must for any viable worldview. RTB philosopher/theologian Kenneth Samples includes this ability in his list of nine worldview tests. In A World of Difference, he writes, “Worldviews must account for real human needs, desires, and aspirations. They should address man’s need for meaning, purpose, and significance—and explain why man is the way he is.”

Naturalism and Christianity offer radically different answers to this worldview question. According to naturalism, the physical world is the sum total of reality and is the result of mindless, purposeless, random processes. Death, in a naturalistic world, results in oblivion. In light of this scenario, Ken describes naturalism’s answer to human meaning: “While there is no ultimate meaning to human life, there may be subjective meaning in life by choice.”

Discussion threads on atheist author Richard Dawkins’ website seem to support Ken’s summary. Commenters on a thread entitled “Without God There Is No Hope” said that, from their point of view, there is no hope of an “afterlife,” so it’s best to enjoy the life we’re living now and make the most of it. As I understand it, atheism suggests that we give our lives meaning and purpose based on how we live and the choices we make. (Philosopher Friedrich Nietzsche’s Übermensch concept addresses meaning from an atheistic perspective.)

On the other hand, Christianity argues that the universe, Earth, life, and humanity are all creations of a thoughtful, intelligent, purposeful, loving, personal God. From a Christian perspective, according to Ken, “human beings find their ultimate meaning, purpose, and significance in their Creator and Redeemer.”

Hugh argues that it’s this philosophy that gives humanity hope in the midst of this world’s evil and suffering. He writes, “But what if they [evil and suffering] are temporary? Suppose they are part of a realm that does not, when it ends, mean the end of human life. Then might they serve a purpose?”

The apostle Paul, no stranger to pain and suffering, declares in Romans 8:18, “I consider that our present sufferings are not worth comparing with the glory that will be revealed in us.” In other words, not only does God give us meaning and purpose in this life, he also gives us hope for life beyond this stormy existence on Earth. 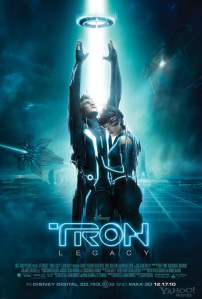 Two different worldviews with very different perspectives on human meaning. For myself, I agree with Tron’s observation: “I don’t want to bust out of here and find nothing but a lot of cold circuits waiting for me.” However, the commenters on Dawkins’ site object strongly to the argument that religions, Christianity in particular, have a “monopoly on hope.” What do you think? What gives us meaning, purpose, and hope?

Resources:
Ken’s book A World of Difference compares and contrasts Christianity, naturalism, and other prominent worldviews. Hugh’s Why the Universe Is the Way It Is takes a more scientific perspective on hope and our reasons for it.

As for TRON Legacy, it’s a good sci-fi action flick, full of nostalgic references to the original, although it lacks its predecessor’s spirit of fun and adventure.

What’s It to You?

Flashback to a year ago. I was creeping down the 10 freeway, indifferent to the usual landscape of my commute. So when I spotted...
Worldviews

Does Rise of Spirituality Affirm Scripture?

Sedona, Arizona, should be on your short list of places to visit if you haven’t been there already. Stunning sandstone formations—especially at sunrise or...
Worldviews