In my last post I caught up with biochemist Fazale Rana to discuss RTB’s Cruise Conference. This week astronomer Hugh Ross and astrophysicist Jeff Zweerink give their take on this year’s conference. Be sure to keep reading to the end because I reveal a special offer for Take Two readers!

Hugh and Jeff, it’s good to have you back. Can you give a quick rundown of the talks you gave during the conference?

Hugh Ross: I gave three talks. The first was a history of RTB, where we’re going from here, and what we anticipate for the next several years. It helped people appreciate the mission and the vision of the ministry. The second was on how the fossil record establishes the biblical creation model and refutes naturalistic and theistic evolutionary models. The third talk was on the Book of Job, basically covering the highlights of my new book, Hidden Treasures in the Book of Job.

That sure captures the essence of what’s inside. Of all your books, this is one of my favorites. What would you like readers to glean from this book? 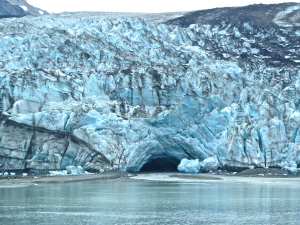 HR: That the oldest book of the Bible lays out a foundation for understanding creation, the book of nature, the role of soulish animals in teaching us things about God, suffering, and the Gospel. When we understand Job is the oldest book of the Bible we can see why it was designed the way it was. I was amazed at how prolific and successful it was in predicting future scientific discoveries.

And, Jeff, what were your talks on?

Use global warming for evangelism? How so?

JZ: The science is so complicated and it’s unclear how to best respond. Basically we’re trying to get people to think about how worldviews motivate the way the data is interpreted. Some exaggerate the data, while others dismiss it. Here at RTB, we accept that there is some level of global warming occurring and that humans play a role in that warming. We would further state that we (humanity) are commanded to care for, but not worship, creation. And we would caution others to be aware of the scientific, political, and theological issues in their discussions. 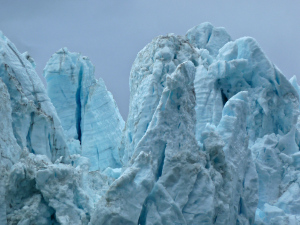 We often hear new reports about scientists discovering extrasolar planets and Earth-like planets—all very exciting stuff. How, then, could they be a future faith challenge?

JZ: The idea is that we’re on the cusp of finding other planets inhabited with life, based on the presupposition that where we find liquid water, we’ll find life. RTB argues that a more stringent set of criteria must be met for life to exist on any planet.

In his interview, Fuz shared a funny—albeit awkward—story about his wardrobe malfunction during the cruise. Do either of you have an amusing and perhaps less embarrassing story to share?

HR: (smiles) I interrupted Kathy’s talk to our Monthly Partners. She was expressing our deep gratitude for their support. She was about three-quarters of the way through her presentation when I saw all these whales spouting and breeching outside the window. It was spectacular. So I shouted from the back of the room, “WHALES! WHALES!” (laughs) and everyone ran to the windows. It disrupted Kathy’s talk, but hey, we did promise everyone would have a whale of a time.

I’m giving away a copy of Jeff’s booklet Who’s Afraid of the Multiverse and Hugh’s just-released book Hidden Treasures in the Book of Job to one lucky…er, blessed…reader. Leave a comment below and I’ll select a winner by next Friday (September 9).

Why Do You Believe?

Catholic monk St. Francis of Assisi is frequently credited with this popular proverb: “Preach the Gospel at all times and when necessary use words.”...

After a long day of work, one of my favorite ways to relax is cooking dinner. Seriously. Ask anyone who knows me: I love...

King and God and Sacrifice

My pastor has an issue with the three wise men. Movies, plays, crèches, and Christmas cards usually depict the Magi among the people present...