For Christians accustomed to the distinguishing doctrine of the image of God (imago Dei), a negative, and justifiably angry reaction toward Singer—a fellow human being created in God’s image—is awfully tempting. Let’s try not venting the spleen for a bit.

Singer is the “Ira W. DeCamp Professor of Bioethics at Princeton University and Laureate Professor at the Centre for Applied Philosophy and Public Ethics at the University of Melbourne. He specialises in applied ethics and approaches ethical issues from a secular, utilitarian preference perspective.” 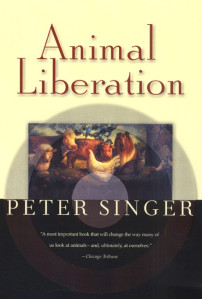 To provide some scope of his influence, Singer’s ideas have been marinating in academia internationally for decades. His book Animal Liberation (1975) galvanized the modern animal liberation movement and, according to Wikipedia, he has been voted one of Australia’s ten most influential public intellectuals and is one of the most prolific writers in philosophy today. His YouTube videos explaining his views populate the ‘net, while prolife groups have responded in books and other forms to warn of the consequences of his ideas—even referring to him as the architect of the culture of death.

On his home page (an FAQ page) at Princeton University one can find this exchange:

Q. I’ve read that you think humans and animals are equal. Do you really believe that a human being is no more valuable than an animal?

A. I argued in the opening chapter of Animal Liberation that humans and animals are equal in the sense that the fact that a being is human does not mean that we should give the interests of that being preference over the similar interests of other beings. That would be speciesism, and wrong for the same reasons that racism and sexism are wrong. Pain is equally bad, if it is felt by a human being or a mouse. We should treat beings as individuals, rather than as members of a species. But that doesn’t mean that all individuals are equally valuable—see my answer to the next question for more details.

In the next question he is asked whether faced with a choice of saving either a human or a mouse from a fire (no time for both), which would he choose. He says (paraphrasing now) almost always the human, but not because it is a member of the Homo sapiens species (i.e., something special), but rather that it can recall a past, live a present, and expect a future and therefore has more to lose than the mouse.

I don’t know how Singer would answer the question if it was posed “human infant or mouse” but I doubt that infants know much about the past, present, or future.

OK. Your spleen’s about had it. (Careful, though, Singer’s an advocate of ending world poverty, and thus appears to value human life.) As a secularist Singer’s obviously no fan of Christian doctrines, so how would you present yourself to him if you met him on a subway, in an airport, in a doctor’s waiting room, or wherever?

Uh, that might not work so well. Your thoughts?

Tuberculosis Study Could Help Us Understand How Disease Spreads

The latest Ebola outbreak has elicited a lot of fear—justifiably so. The potential for a pandemic highlights the critical need for epidemiologists to understand...
Human Origins & Anthropology